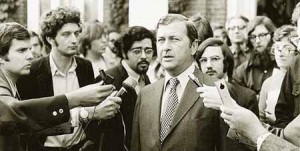 You are invited to join the Libraries this summer for an archival film series showcasing UConn’s rich history. The series, in conjunction with the “What’s in a Name?” exhibition currently on display, is a selection of recently digitized historic film footage illustrating UConn’s past. The first film in the series is this Friday, June 20th with “Agriculture on Display,” a series of short films including 1936 sheep shearing competitions, wood chopping contests, and the Baby Beef Club Auction at The Big E.

Other films in the series include:

All films will begin at noon in Conference Room 162 in the Dodd Research Center and are less than an hour long. Feel free to bring your lunch. (Maybe even some popcorn!)

The exhibit “What’s in a Name?” on display in the Dodd Research Center gallery utilizes the UConn memorabilia collection to illustrate the ways in which the University has used logos, seals, names, and colors to create our identity and affinity for the institution since 1881.

More information on both the exhibition and the film series can be found at https://blogs.lib.uconn.edu/archives