London in 1776 (Click link below to view full sized map) 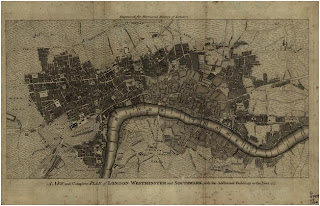 The featured map this week is a 1776 city map of London, making it as old as the United States! It is found in a book called “A new and universal history, description and survey of the Cities of London and Westminster, the Borough of Southwark, and their adjacent parts” by Walter Harrison. As the title suggests, the book outlines the history of London and contains numerous drawings and maps of the city. There are many interesting locations displayed on the map, including:

London Bridge – Made famous by the nursery rhyme, London Bridge in the late 18th century was one of three places to cross the River Thames in the city. Harrison’s book featured drawings of the bridge in 1776, as well as drawings of when the bridge had buildings on it in the 1750s. London Bridge was torn down and rebuilt in 1831, and then again in 1972. The entire 1831 bridge was purchased in 1968 by an American named Robert McCulloch for two million dollars. McCulloch moved the bridge to Lake Havasu City in Arizona, where it is now the state’s second most popular tourist attraction. 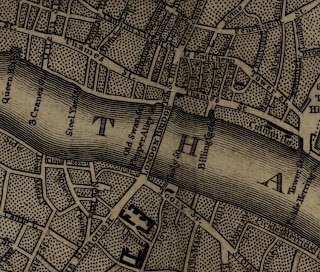 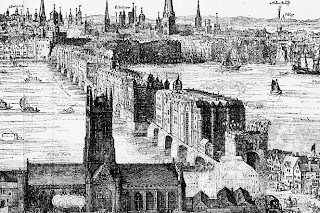 Drawing of London Bridge from 1616 with buildings on it. The gate at the end of the bridge has the spiked heads of executed prisoners above it.
London Bridge in Lake Havasu City, Arizona
Tower of London – One of the most famous landmarks in London, the Tower of London was built in 1078 and has been used for torture, imprisonment, and storage of England’s crown jewels. Famous prisoners at the tower of London include Sir Walter Raleigh and Saint Thomas Moore. 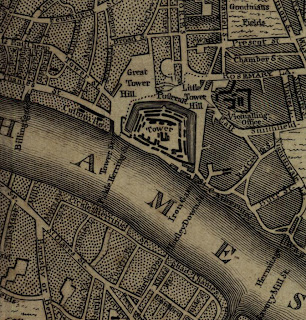 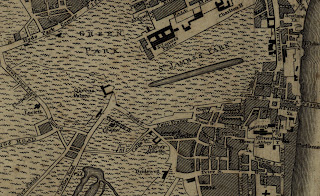 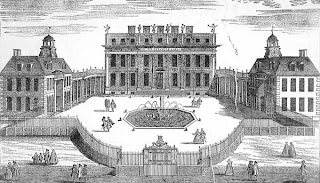 Buckingham Palace in 1710, referred to in the map as the “Queens Palace”