Microsoft’ Bing Maps latest release is now officially in beta for users to try. This new version of Bing Maps using the Microsoft Silverlight platform and requires a user to install silverlight before they can use the new interface. Many users might be familiar with the Microsoft Silverlight platform as it is being used to provide access to streaming video content and other interactive media and is similar to Adobe’s flash media player.

Below is a screen shot of Bing Maps Beta taken on December 3, 2009. As you can see the interface is more streamlined, includes weather data, and great color imagery. 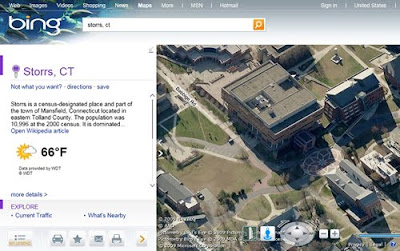