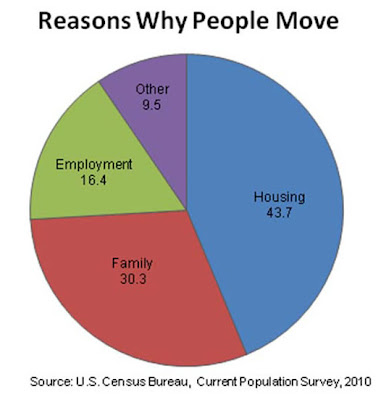 Among other reasons for moving, people cited family concerns (30.3 percent), such as a change in marital status, employment needs (16.4 percent) and other factors (9.5 percent).

Check out the full details on this report at: http://www.census.gov/newsroom/releases/archives/mobility_of_the_population/cb11-91.html