In conjunction with the announcement, the Census Bureau’s Geography Division released the following items: 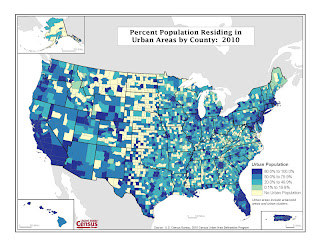 These items and other information about the Census Bureau urban-rural classification and urban area delineations can be found on the Census Bureau’s website at http://www.census.gov/geo/www/ua/2010urbanruralclass.html.

For details an overview of the urban areas data release, view the U.S. Census Press Release.