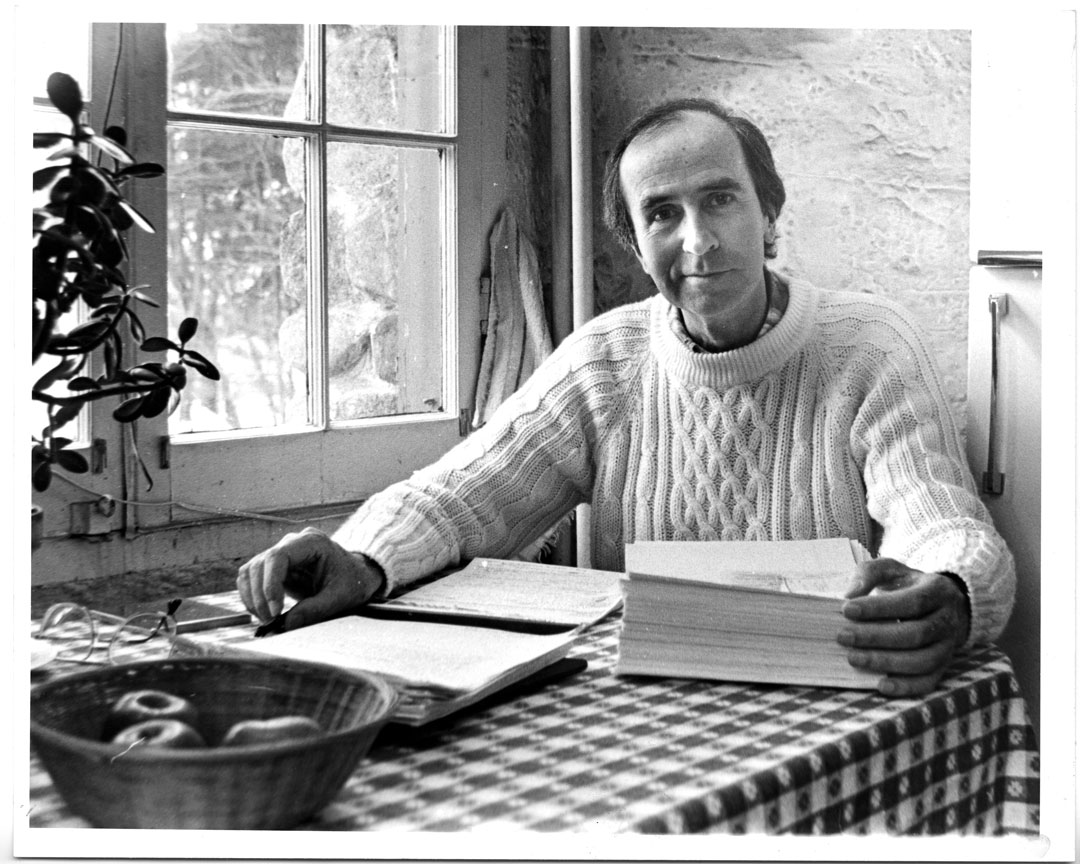 Michael Rumaker was born in South Philadelphia in 1932. The fourth of nine children, he grew up in National Park, New Jersey, a small town on the Delaware River, and later attended the school of journalism at Rider College in Trenton on a half-scholarship. After hearing artist Ben Shahn speak enthusiastically of Black Mountain College during a lecture at the Philadelphia Museum of Art, he applied to the college and was granted a work scholarship. In September 1952 he transferred to Black Mountain–washing dishes seven days a week, managing dishwashing crews–and studied in the writing classes of Charles Olson and Robert Creeley.

His breakthrough was “The Truck,” written for Olson’s writing class in October 1954: “after two years of confused false starts and superficial scratchings, I wrote my first real short story, although, in what was to become usual for me, I didn’t know it till after the fact.” He had “reached back,” by his own account, into his adolescence in the mid-1940s and a street gang he knew in the northern section of Camden, New Jersey, “to get it.” Olson’s response was enthusiastic, and he suggested that Rumaker send the story to Robert Creeley for the Black Mountain Review.

Since 1955, Rumaker has published works of fiction, poetry and non-fiction in literary periodicals, novels including A Day and a Night at the Baths (1979), My First Satyrnalia (1981), and To Kill a Cardinal (1992), a collection of short stories, and the memoirs Robert Duncan in San Francisco (1996) and Black Mountain Days  (2003).

According to George Butterick, who began collecting Michael Rumaker’s literary papers at the University of Connecticut in 1975, where they reside today, “Rumaker has proceeded from writing about disengaged youth in a generation willing to declare its difference, to being a celebrant of total life and human joy. Actively participating in his own destiny, he has left a glowing trail of work to document the struggle toward identity. He represents, in his later writings, one extension of the Beat revolution: the embracing of sexual diversity. Governing all his work is an indefatigable spirit that gives the creative life reward.”

Join Archives and Special Collections and special guest — novelist, poet, short-story writer, and Black Mountain College alumnus Michael Rumaker — as we celebrate the much-anticipated opening of the Michael Rumaker Papers. The event will feature an interview with and readings by Michael Rumaker, an exhibition of the author’s manuscripts, letters and photographs, ribbon-cutting ceremony, and reception with students and special guests.  All are welcome.  This event is free and open to the public

1 thought on “Celebrate the Opening of the Michael Rumaker Papers”