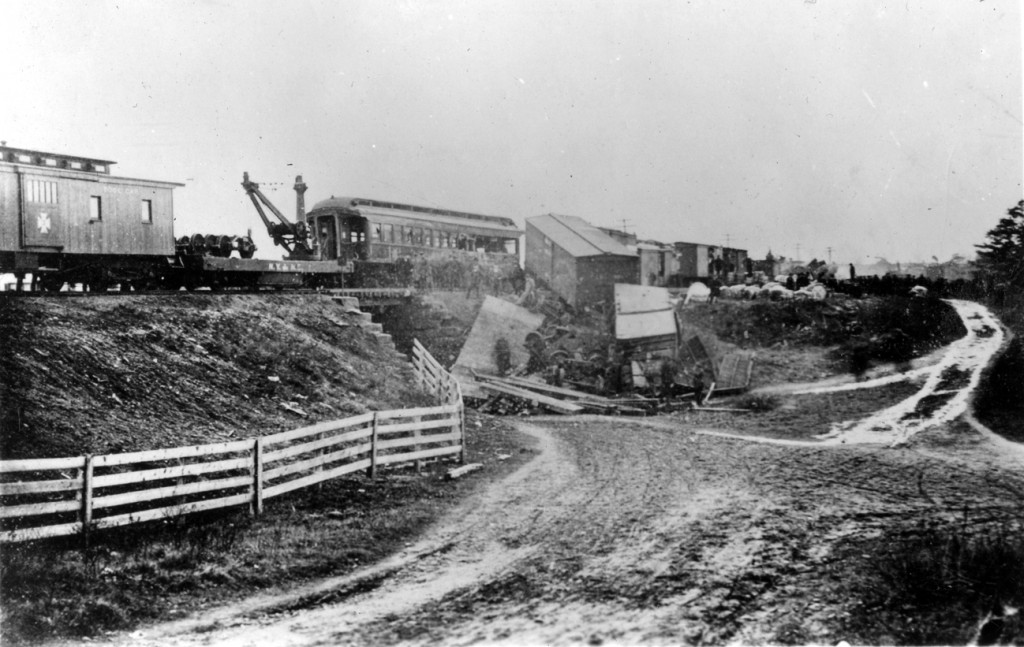 Moments later, the Long Island and Eastern States Express rounded the sharp curve at about 50 mph and crashed into the thrown car on track no. 2. The engine spun around, vaulted off the embankment, struck a telegraph pole and crashed. Steam plowed the soft gravel for about 150 feet and destroyed a home.

That crash killed Express engineer Harry Tabor and fireman Jeremiah Fitzgerald of Boston. Dazed trainmen tried to send a flagman to signal the Norwich Steamboat Express but it was too late. That train barreled around the curve and drove nearly 8 feet into the rear Pullman sleeper of the Long Island and Eastern States Express, setting the sleeper and engine cab on fire.

All this occurred in the space of 5 minutes.

Hundreds of passengers were injured. All four engines were destroyed, as were the sleeper and a baggage car, and the track was torn up for about 500 yards east of the passenger station.