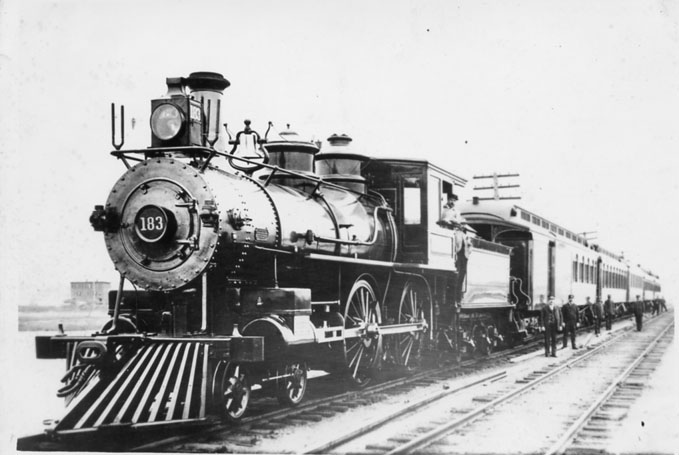 Let’s get on board to celebrate National Train Day on Saturday, May 11!  Amtrak organizes this event to celebrate the ways trains connect us all and to learn how trains are an instrumental part of our American story.

We here in the Railroad History Archive in Archives & Special Collections are celebrating this day by enjoying the rich resources in the collection that document how the railroad was pivotal to the lives of the people of New England in the Golden Age of Railroads in the late 1800s.  This photograph shows the New England Limited on the Air Line Division, formerly the Boston & New York Air Line, which was built to provide a direct route diagonally across the state of Connecticut to connect the important financial centers of New York City and Boston.  At the time this photograph was taken, in the 1890s, the B&NYAL was taken over by the New York, New Haven & Hartford Railroad and then known as the Air Line Division.  The New England Limited reminds us of a time when luxurious trains were ridden by the Gilded Era’s captains of industry.