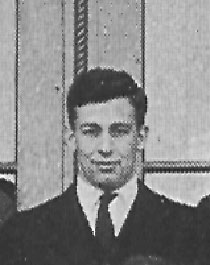 About 1935, Andre Schenker, Associate Professor of History at UConn, began a regular broadcast series entitled “History in the Headlines” airing on WTIC.  The series provided context and analysis of current events for the listening audience. In a reminiscence, Dr. Schenker’s son remembers attending a performance in Hartford on the evening of December 7, 1941, when an usher came to quietly speak with his father. Immediately leaving the performance, Dr. Schenker went on the air later to share the breaking news. The Japanese had bombed Pearl Harbor and the United States had declared war.

This and other broadcasts are available in the Schenker Papers held by Archives & Special Collections and online.