The following guest blog post was written by Laura Wright, PhD candidate in UConn’s English Department and first-year writing instructor as well as excerpts from students in her 2016 English 1010S seminar. 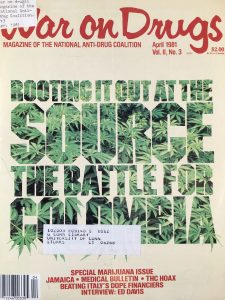 Building towards the Presidential Election in November 2016, Students in ENGL 1010S: Seminar in Academic Writing considered different definitions of “leadership.”  The final project asked students to think critically about leadership historically through particular artifacts from the Archives & Special Collections Alternative Press Collection and Bread and Puppet Theater holdings.  In one class session, Graham Stinnett, the Curator of Human Rights Collections and Alternative Press Collections, provided an overview of materials and their historical contexts.  During this session, students learned about radical movements on UConn’s campus and how materials from these movements arrived in the Dodd Center.  The collections students observed encompassed a range of media, including Alternative Press newspapers, like The Rat and Rising Up Angry, as well as performance programs and promotional materials from the Bread and Puppet Theatre.

For this project, students argued for the relationship between activism and leadership represented in these particular collections.  Rather than writing a research paper, students compiled dossiers of material, using their unique artifacts as a jumping off point for further research.  Students offered a detailed interpretation of the archival material, located it in a larger historical narrative, researched peer-reviewed sources for an annotated bibliography, and wrote a short essay putting all their materials into conversation with one another. 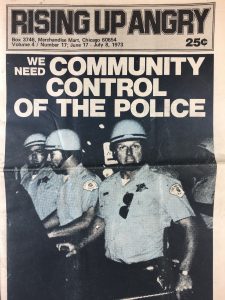 Each student built a unique project.  Excerpts from Sarah Hernandez, Nicole Wilson, and Armani Maldonado are included below to highlight the impressive range and creativity of students’ approaches:

Sarah’s project considered the relationship between the war on drugs and police brutality against minorities by considering pieces from Rising Up Angry and The War on Drugs, a magazine created by the National Anti-Drug Coalition.  She writes:

Looking at the article “Under 18 & Busted” in a 1971 newspaper edition from Rising Up Angry we can see how police brutality has evolved. In the article, we can see how adolescents are taken into custody based on profiles the police have. Then from the profiles, you can infer that profiling causes police to use force when not needed. And after the “war on drugs” was initiated police have an excuse to harass and become violent against minorities. The increased amount of violence against minorities caused by the police does not solve the drug issue in America. To solve the drug problem, we need to stop the violence and fix mandatory sentencing and provide treatment.

Nikki’s project analyzed the interconnections between media and the Civil Rights Movement through a discussion of two articles from Rising Up Angry.  She writes:

It then begs the question how much control does the community have over their police, and is it the community’s responsibility to uphold them to these standards? Rising Up Angry, explains that it is the community’s job to revolt in order to restore order between the police and the city. However, “the police are really the military arm of the ruling class and their job is to make sure the one’s on top stay safe and those on the bottom stay down” (NP). In other words, it is nearly impossible for the minorities in the community to break the hold the police have on them. If we fast-forward to today and look at the BLM movement, the police are still acting unjustly towards minorities. This goes to show that the hold really has not changed but its focus has shifted as blacks have gained more rights. This has caused social media to act like an alternative press, and get the uncensored truth out there. 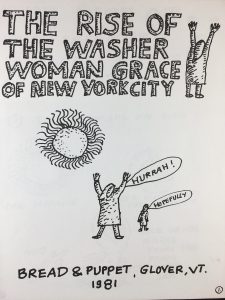 Armani’s project discussed the ways in which theatre can advance activist causes, drawing from a booklet from the Bread and Puppet Theater.  He writes: 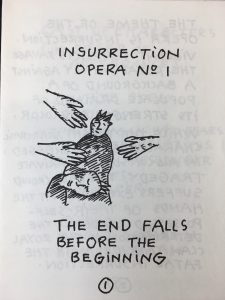 To conclude, the passage taken from the Bread and Puppet Theater Museum booklet is used to demonstrate the power that performance activism has, that many other forms of activism lacks. Performance activism is rooted in the feelings and passions of the people involved in it: it is sourced from anger, disappointment, shock, and horror, and often a pursuit of happiness. The Bread and Puppet Theater is able to also utilize these feelings and channel them into art to project a message and even a goal. The theater, again, has no desire for economic profit, but instead a societal profit. It seeks change.