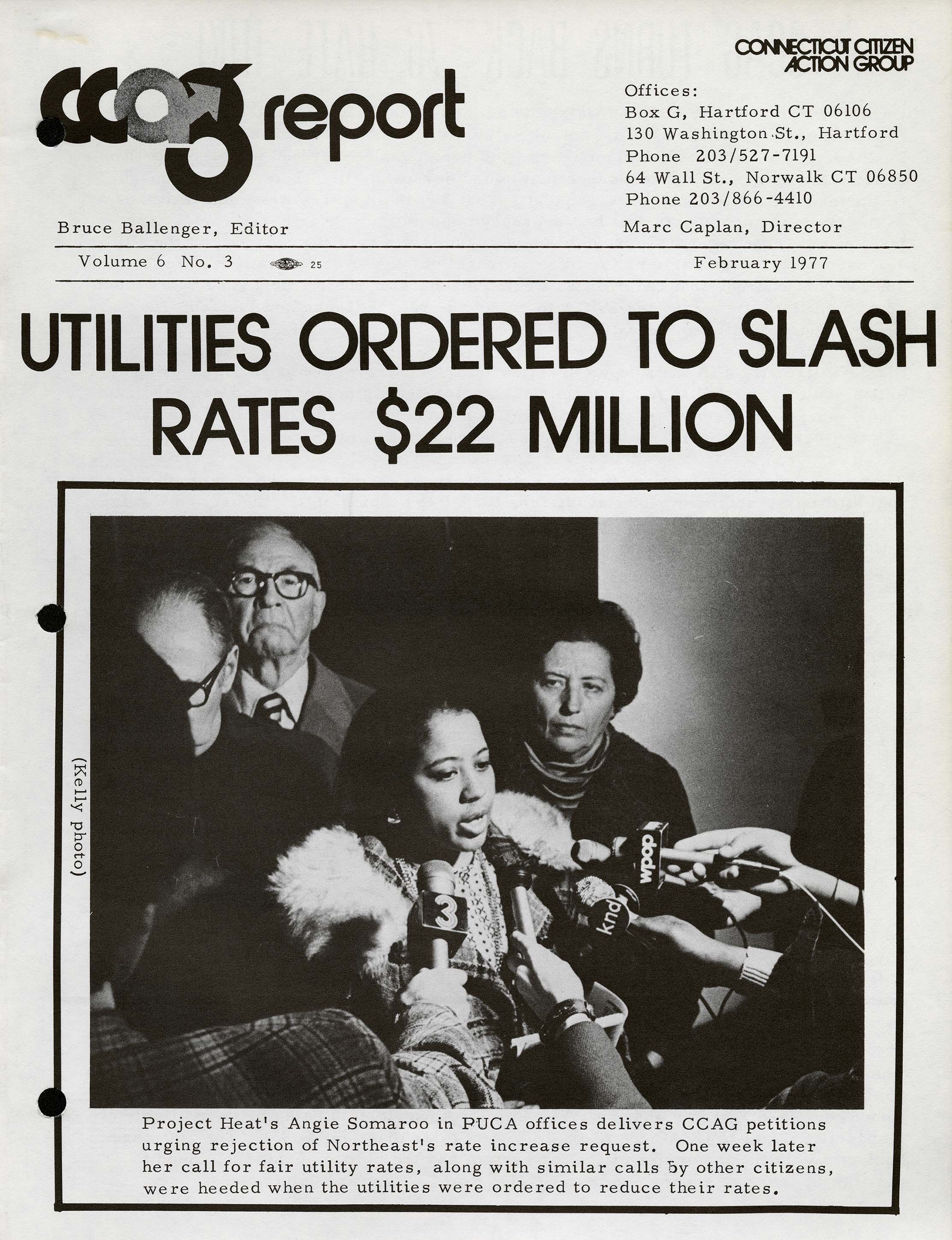 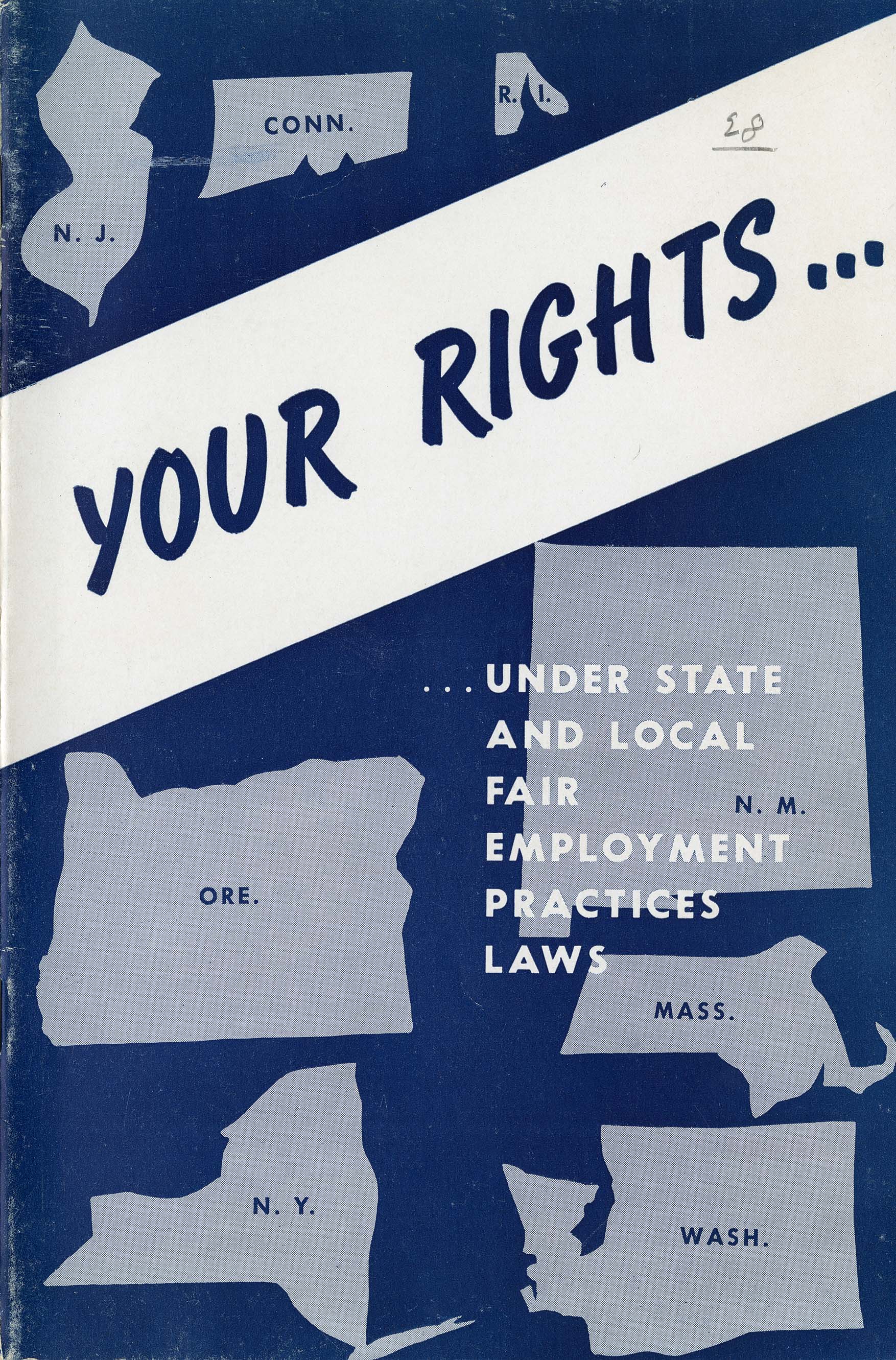 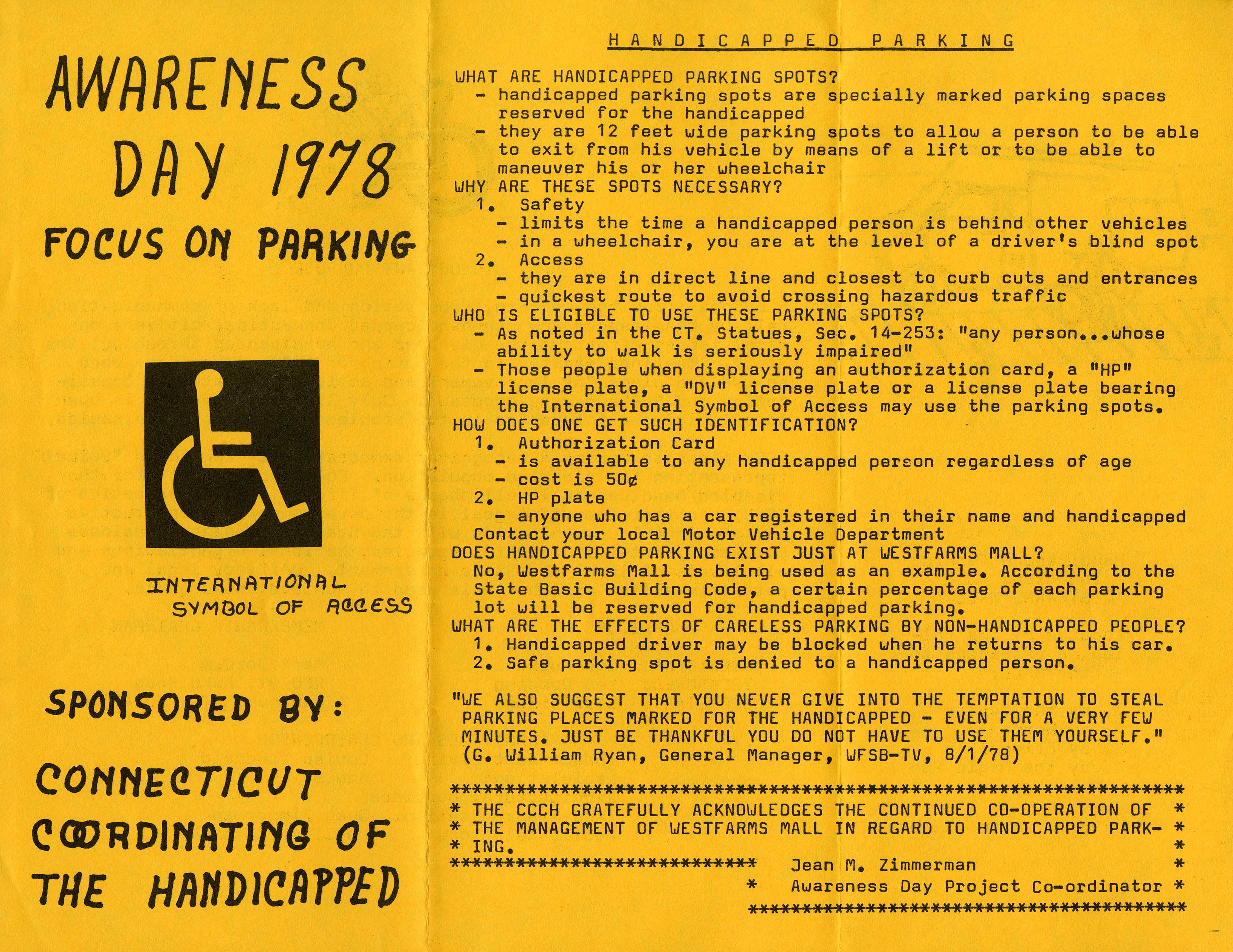 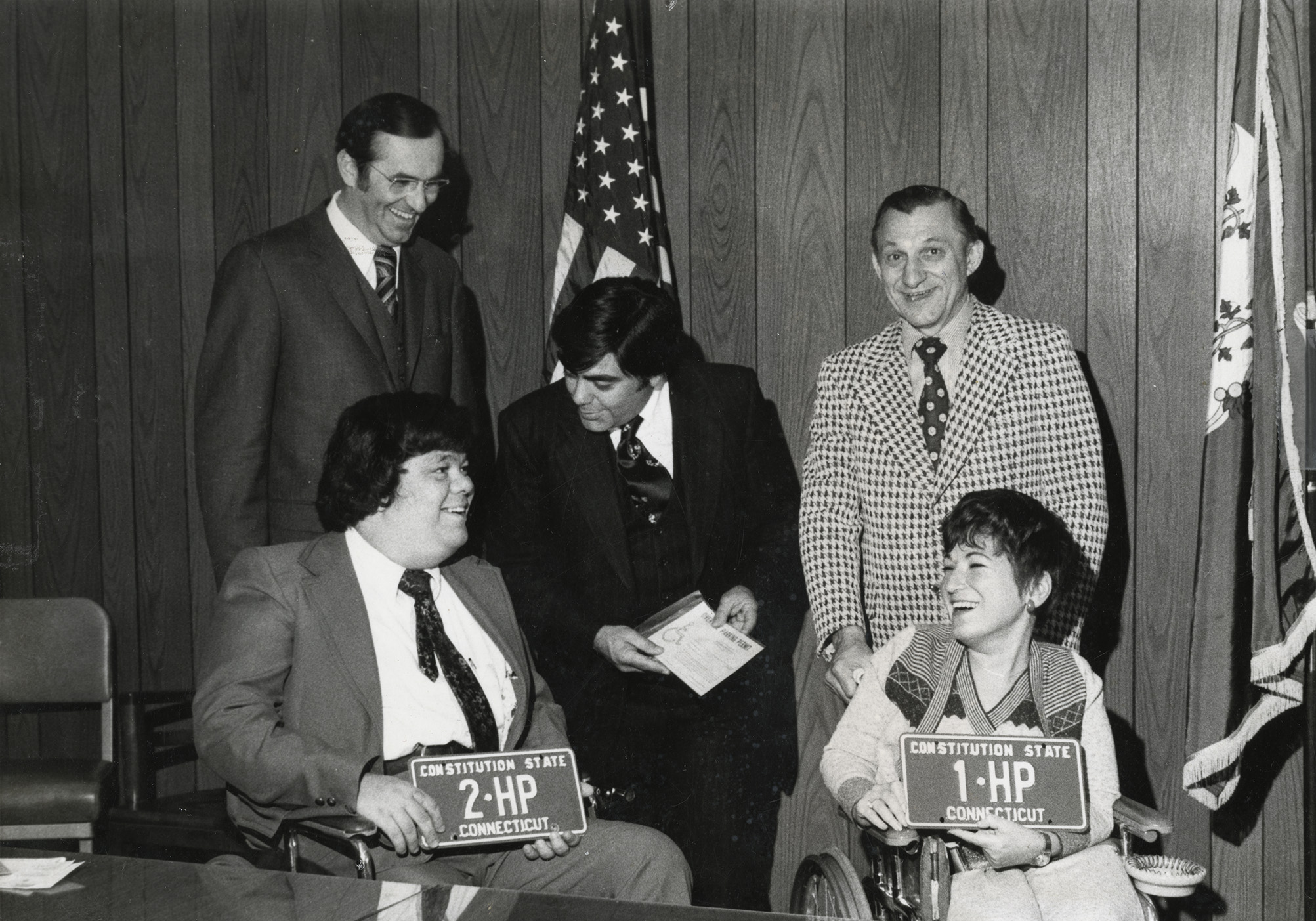 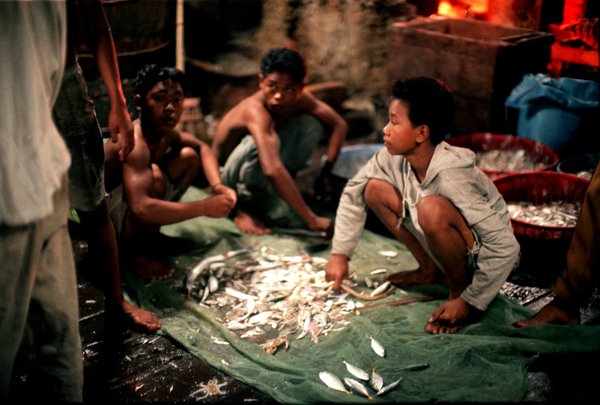 Photograph by U. Roberto (Robin) Romano of children sorting through fish on a fishing platform (jermal) off the coast of northern Sumatra

The concept of rights stretches back centuries, if not millennia. Whether the natural rights of the Ancient Greeks or their Enlightenment descendants, the Rights of Woman in the Age of Revolution, or the Universal Declaration of Human Rights after World War II, ideas about, and claims for, rights have accompanied many of the major events and developments in world history.

Organizing and advocacy around rights played an especially important role in the course of U.S. history. The early twentieth century experienced an efflorescence of movements agitating for women’s rights, African-American rights, the right to protest and free speech, among many others. The decades after World War II saw a similar flowering of activity around rights, whether revitalized versions of the aforementioned movements or subterranean currents rising to the surface as with movements for LGBTQ and disability rights.

Later decades also saw the emergence of movements around consumer protections and human rights, in the United States and abroad. But whatever their subject, individuals and organizations dedicated to expanding rights help us to understand how people throughout history have contested authority, protested discrimination, and secured official recognition.

Archives & Special Collections of the University of Connecticut Library holds a wealth of materials for those interested in exploring the history of rights in greater depth, especially the history of local movements in Connecticut. Among the relevant collections are:

Connecticut Commission on Civil Rights Collection. Founded in 1943, the Connecticut Civil Rights Commission aimed to help the State of Connecticut overcome problems of racial discrimination and prejudice. The organization focused its efforts on gathering information about racial discrimination in the state; investigating incidents of discrimination and filing legal sanctions when appropriate; and educating the public about the state’s diverse population and the problems of racial and ethnic discrimination. The collection consists of pamphlets distributed to state offices on the commission’s work and related issues, as well as bulletins and pamphlets related to state and federal civil rights legislation. https://archivessearch.lib.uconn.edu/repositories/2/resources/951

Connecticut Civil Liberties Union Records. The Connecticut Civil Liberties Union, a local affiliate of the American Civil Liberties Union, was founded in 1949 as the New Haven Civil Liberties Council. The CCLU is a non-partisan and non-profit organization dedicated to upholding the rights of Connecticut residents. The collection consists of archival materials documenting the CCLU’s work and history. The records contain the administrative files of the New Haven Civil Liberties Council (1949-1958), the administrative files of the CCLU (1958-1990), as well as material relating to some of the CCLU’s major court cases, such as Women’s Health Services v. Maher (1979-1981), Doe v. Maher (1981-1990), and Sheff v. O’Neill (1989-1998). These latter records consist of court documents, trial transcripts, correspondence, and research materials. https://archivessearch.lib.uconn.edu/repositories/2/resources/292

Connecticut Citizen Action Group Records. Founded in 1971, the Connecticut Citizens Action Group was the state’s first consumer advocacy organization. Created by Ralph Nader and led by Toby Moffett, the CCAG directed its efforts at informing, organizing, and mobilizing the citizens of Connecticut to take action on issues relevant to their everyday lives. The group helped lead local residents in campaigns against illegal business practices, consumer fraud, utility-rate increases, and environmental pollution, among many other issues. The collection consists of significant archival materials documenting most of the major consumer and public interest issues taken up by the organization. It also contains records on the organization’s history, structure, chapters, and other institutional information. https://archivessearch.lib.uconn.edu/repositories/2/resources/860

Phyllis Zlotnick Papers. Phyllis Zlotnick was a pioneering disability advocate from Connecticut. Born in 1942, Zlotnick had muscular dystrophy, an inherited disease that causes the loss of muscle mass. Using a wheelchair to get around, Zlotnick spent most of her early life and education facing obstacles to accessibility. In response, she dedicated much of her professional life to advocating for people with disabilities. She worked as a legislative liaison for Connecticut Easter Seals and later for Connecticut General Assembly member Ernie Abate. She also served on the National Council on Disability and helped to draft the Americans with Disabilities Act, a landmark piece of legislation passed in 1990. Zlotnick was an expert on issues of accessibility and a fierce advocate for disability rights. The collection consists of newspaper clippings, photos, personal records, advocacy literature, and other media related to Zlotnick’s life and work. https://archivessearch.lib.uconn.edu/repositories/2/resources/1016

Roberto (Robin) Romano Papers. U. Roberto (Robin) Romano was an award-winning photographer, filmmaker, and human rights educator. Through photography, film, and educational activity, Romano documented the lives, poverty, and rehabilitation of children around the world. His work focused, in particular, on the issue of child labor, and his papers contain material on carpet making in South Asia, resource extraction in West Africa, and migrant farm labor in the United States, among other topics. His extensive collection of papers consists of photographic prints, digital video, educational publications, research files, correspondence, and much more. Much of this material is available through our online collections as digitized or born-digital materials. https://archivessearch.lib.uconn.edu/repositories/2/resources/199

Marriage Equality and LGBT Activism in Connecticut Oral History Collection. In 1991, Connecticut became one of a few states to pass a comprehensive anti-discrimination law concerning sexual orientation in employment, housing, public accommodations and credit. The state also helped lead the way in advancing LGBTQ rights with laws around adoption, civil unions, and same-sex marriage. The Marriage Equality and Lesbian Gay Bisexual and Transgender (LGBT) Activism in Connecticut Oral History Project was a pilot project of Archives & Special Collections. The collection consists of eleven oral histories with leading activists in Connecticut who have been a part of the marriage equality movement and involved in other forms of LGBTQ activism in the state and beyond. The interviews were conducted by Valerie Love and transcriptions for some are available through our online collections. https://archivessearch.lib.uconn.edu/repositories/2/resources/925