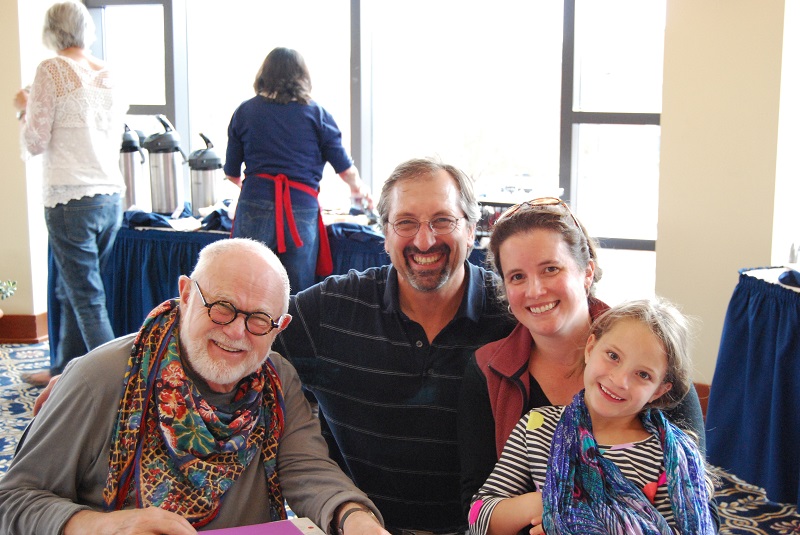 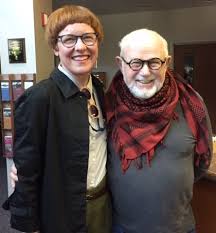 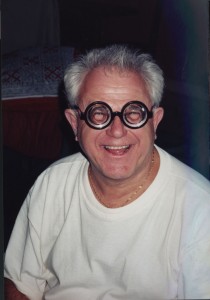 “An idea for me must be ‘heartfelt’–something that rings true for me–something worthy to share with children.” – from an interview with Tomie dePaola by Phyllis Boyson, Tomie dePaola: Storyteller of a New Era, New Era, Vol. 62, Issue 3, 1981

We are saddened to hear of the passing of beloved illustrator and author Tomie dePaola, donor, supporter and friend to the Northeast Children’s Literature Collection, held in the Archives & Special Collections at the University of Connecticut Library.

Tomie dePaola was born September 15, 1934 in Meriden, Connecticut. He received a Bachelor’s degree from Pratt Institute in 1956 and later a Master’s degree from the California College of Arts and Crafts in Oakland. dePaola shared his ideas with children in over 250 books over his 55-year career, and for that effort has won many accolades. In 1976, he was awarded a Caldecott Honor for Strega Nona and in 2000 a Newbery Medal Honor for the autobiographical work, 26 Fairmount Avenue. The Association for Library Service to Children, a division of the American Library Association, awarded dePaola the biennial Children’s Literature Legacy Award in 2011. A year later, the Society of Illustrators honored him with a Lifetime Achievement Award.

In the interest of assuring that children and others would have an opportunity to explore the process of turning worthy ideas into award winning children’s books, dePaola assembled and donated 70 linear feet of archival material to the Northeast Children’s Literature Collection in 1999. dePaola was urged to preserve his papers by his former professor at Pratt Institute, Roger L. Crossgrove, who had also been Department Head at the School of Fine Arts at UConn and was co-founder of the Northeast Children’s Literature Collection. The mission of the Northeast Children’s Literature Collection to preserve the history of the creation of our best literature written for children with an emphasis on illustration as an art form appealed to dePaola’s concern for showing the entire creative process, including the errors, revisions, and failures that occur prior to an idea becoming a successful publication. dePaola continued to donate material through 2015, lending additional depth to the collection through illustrations, book manuscripts, new publications, and original artwork.

The Tomie dePaola Papers contain artwork and sketchbooks, manuscripts, research files and reference works, printed material, marketing products, and video recordings from 1949-2015. The strength of the collection is in the number of paintings and sketches produced by dePaola from 1953-1978, during his early artistic career. The collection also includes dePaola’s reference library, mainly graphic design, illustration, and art and craft magazines and encyclopedic book collections on the ages of man and historically important painters. Actively used by students and researchers, works from the collection are often shown and loaned for exhibition. All of Our Angels, a picture book dePaola created for a Pratt class project was recently exhibited in The Picture Book Re-Imagined: the Children’s Book Legacy of Pratt Institute and the Bank Street College of Education (Pratt Manhattan Gallery, 2016).

dePaola was a fervent supporter of UConn not only with the generous donation of his collection but also through his participation in the Connecticut Children’s Book Fair. In the 23-year history of the Fair, he joined us 9 times, most recently in 2018. A popular guest, he seemed to relish in the idea of bringing together children from all over the state to tell his stories, and to hear theirs. In fact, the committee learned early on that they would need to rearrange both the presentation room and signing spaces to accommodate the large crowds he drew.

In 1999 the University honored dePaola with an Honorary Doctorate of Fine Arts, which was celebrated in true Tomie dePaola fashion with a lighthearted roast and plenty of singing. In 2007 the Library honored him with the inaugural Northeast Children’s Literature Collection Distinguished Service Award for his long-standing contribution to the field of children’s literature and support of the Northeast Children’s Literature Collection.

While dePaola’s legacy will live on in the archives, we will miss his personality and passion for children’s literature. We send our condolences to his friends and family.