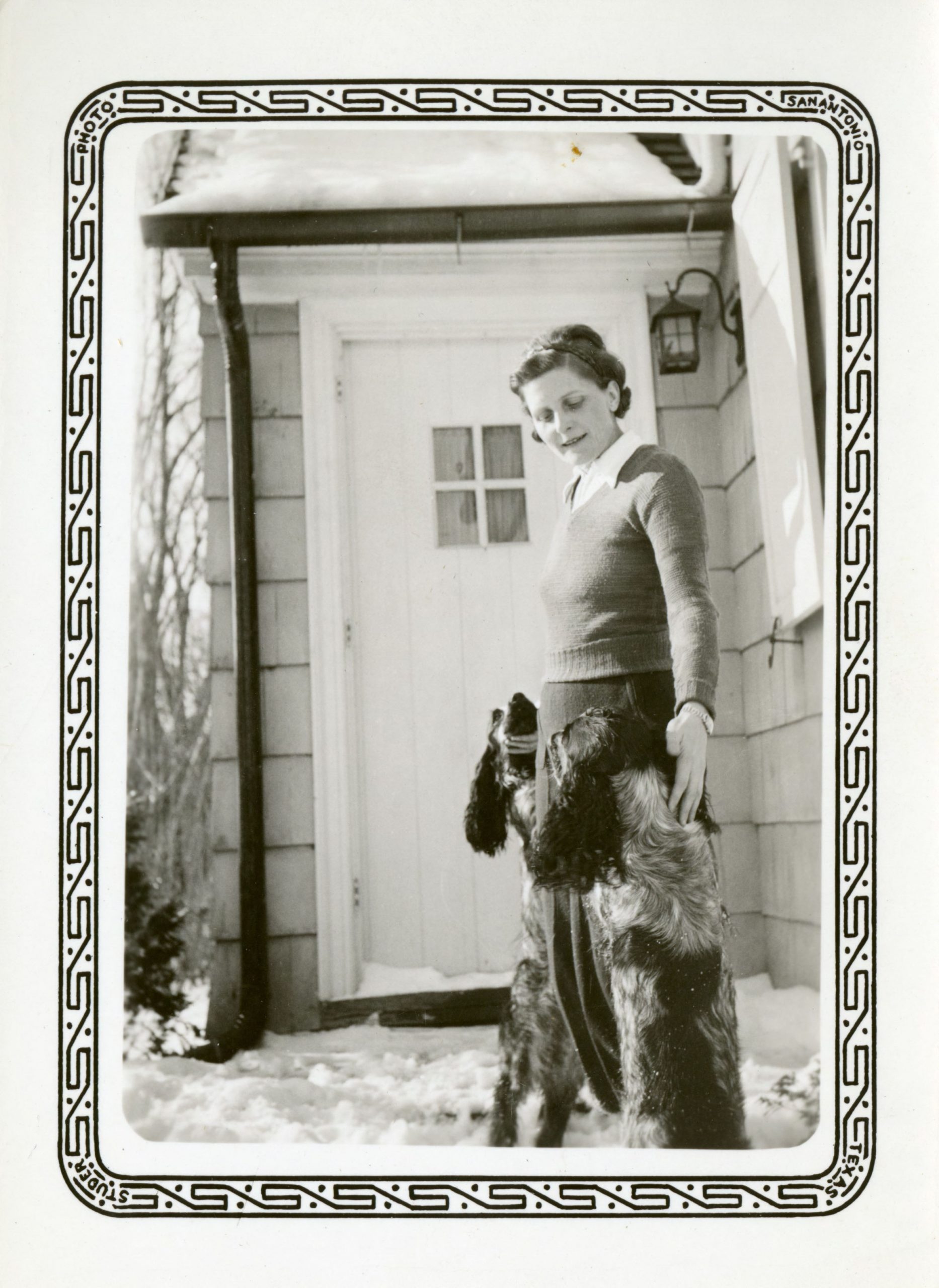 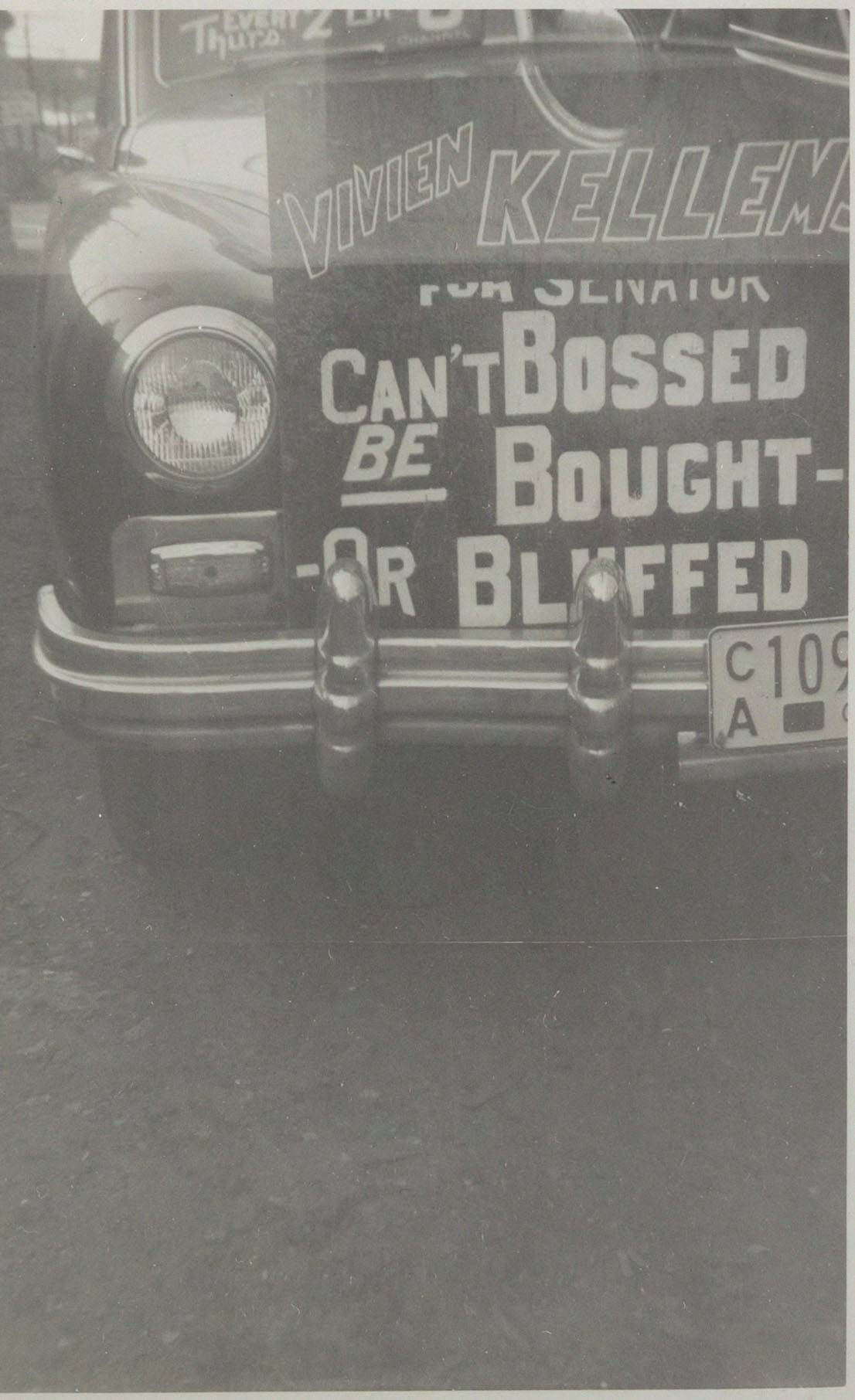 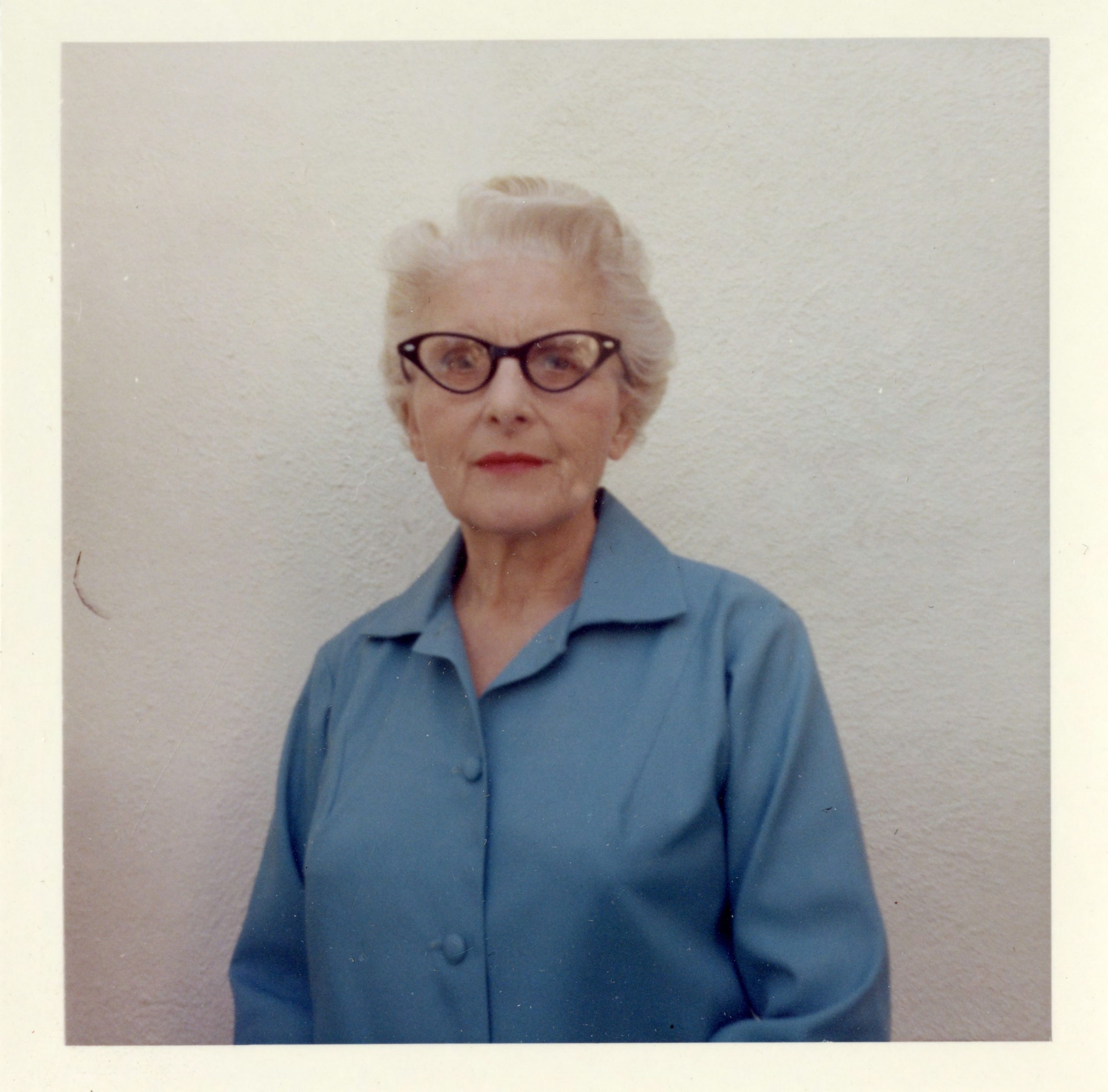 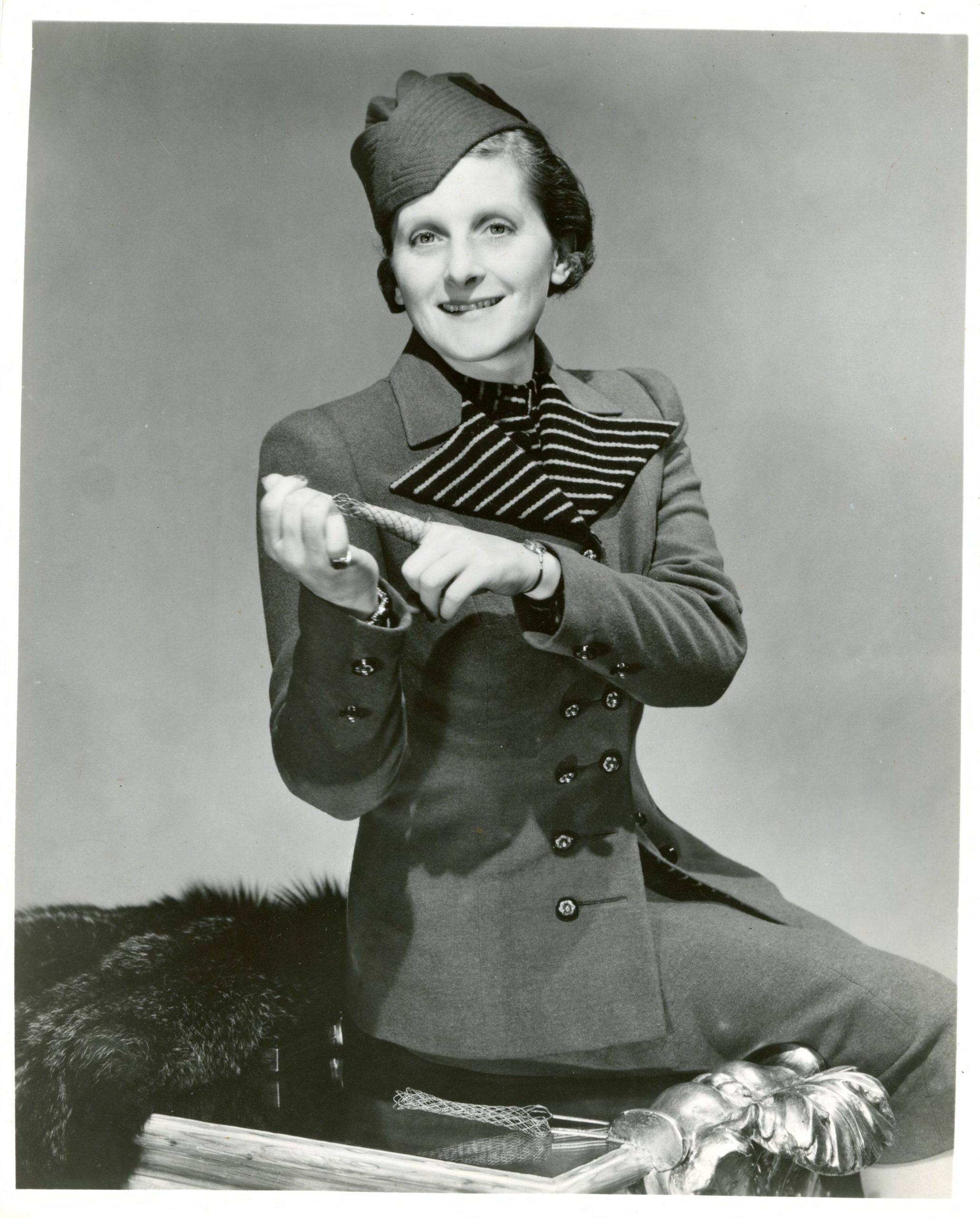 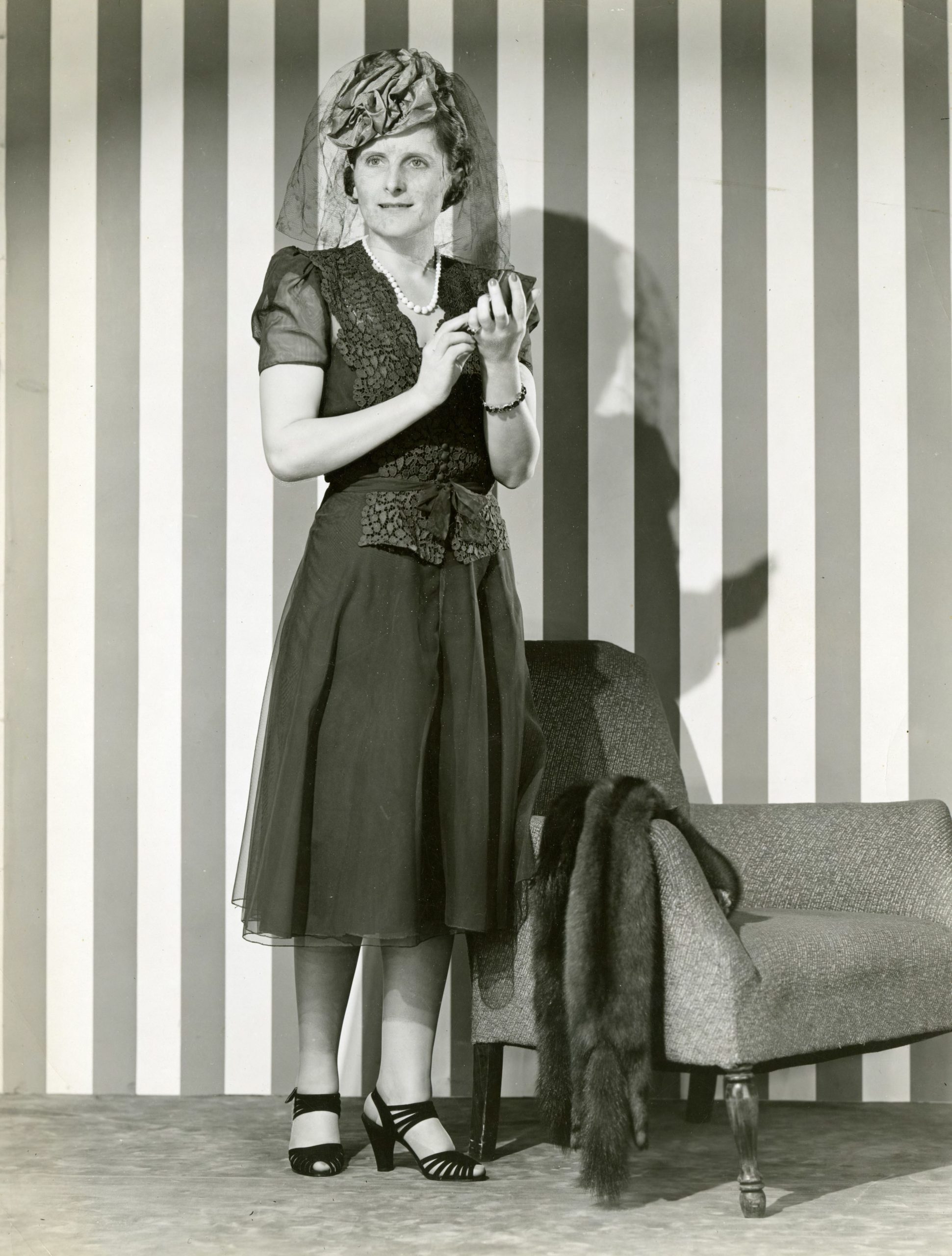 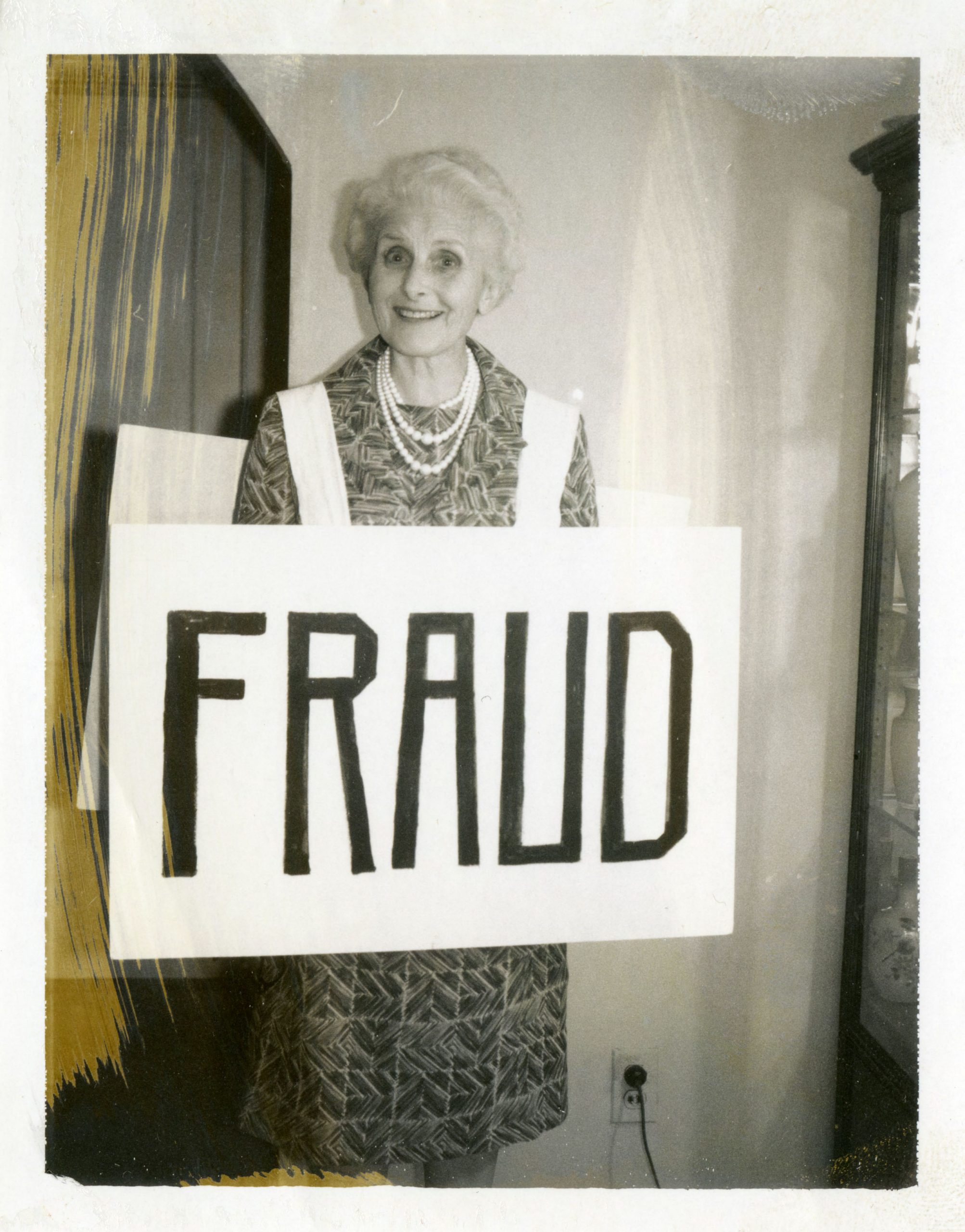 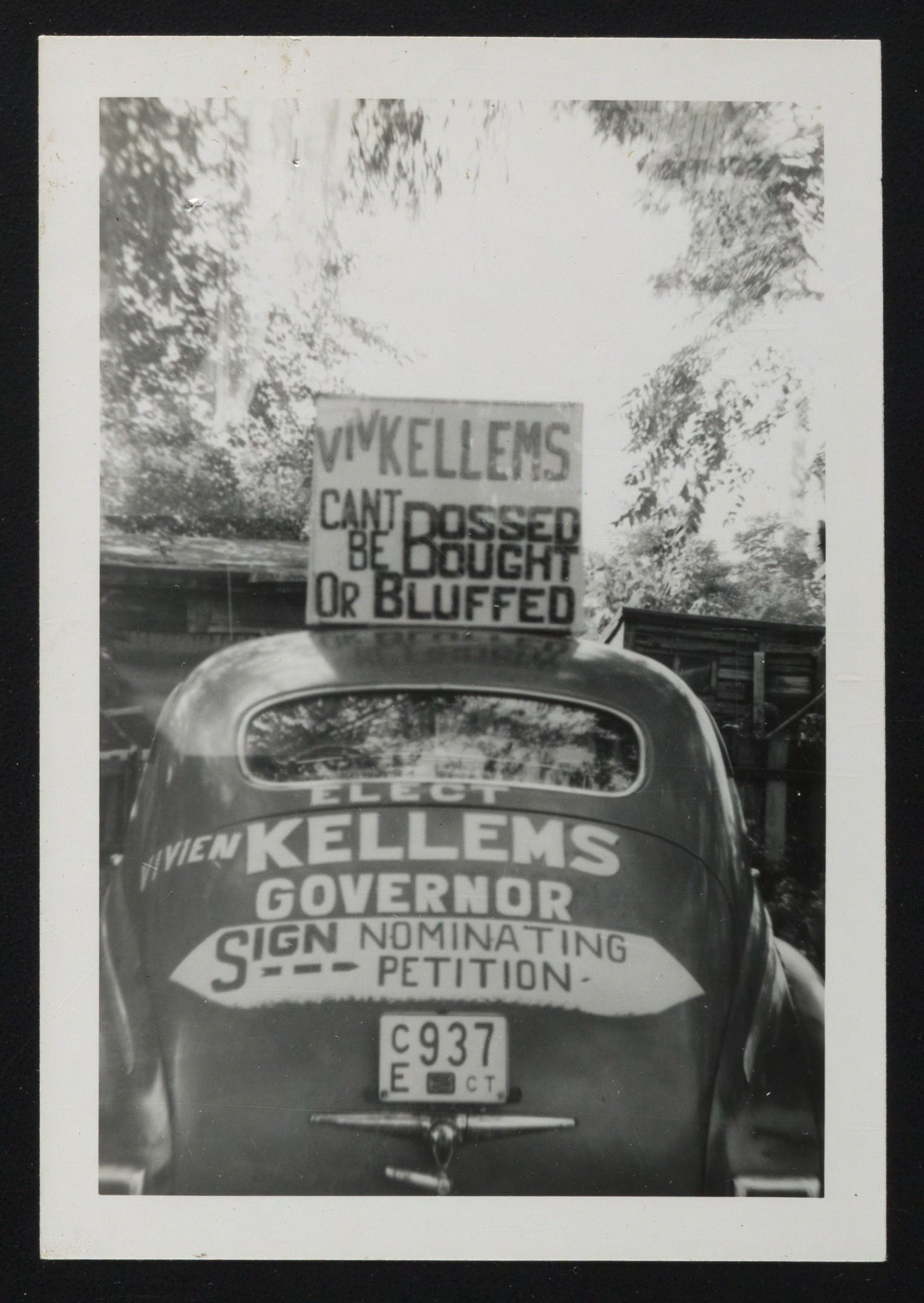 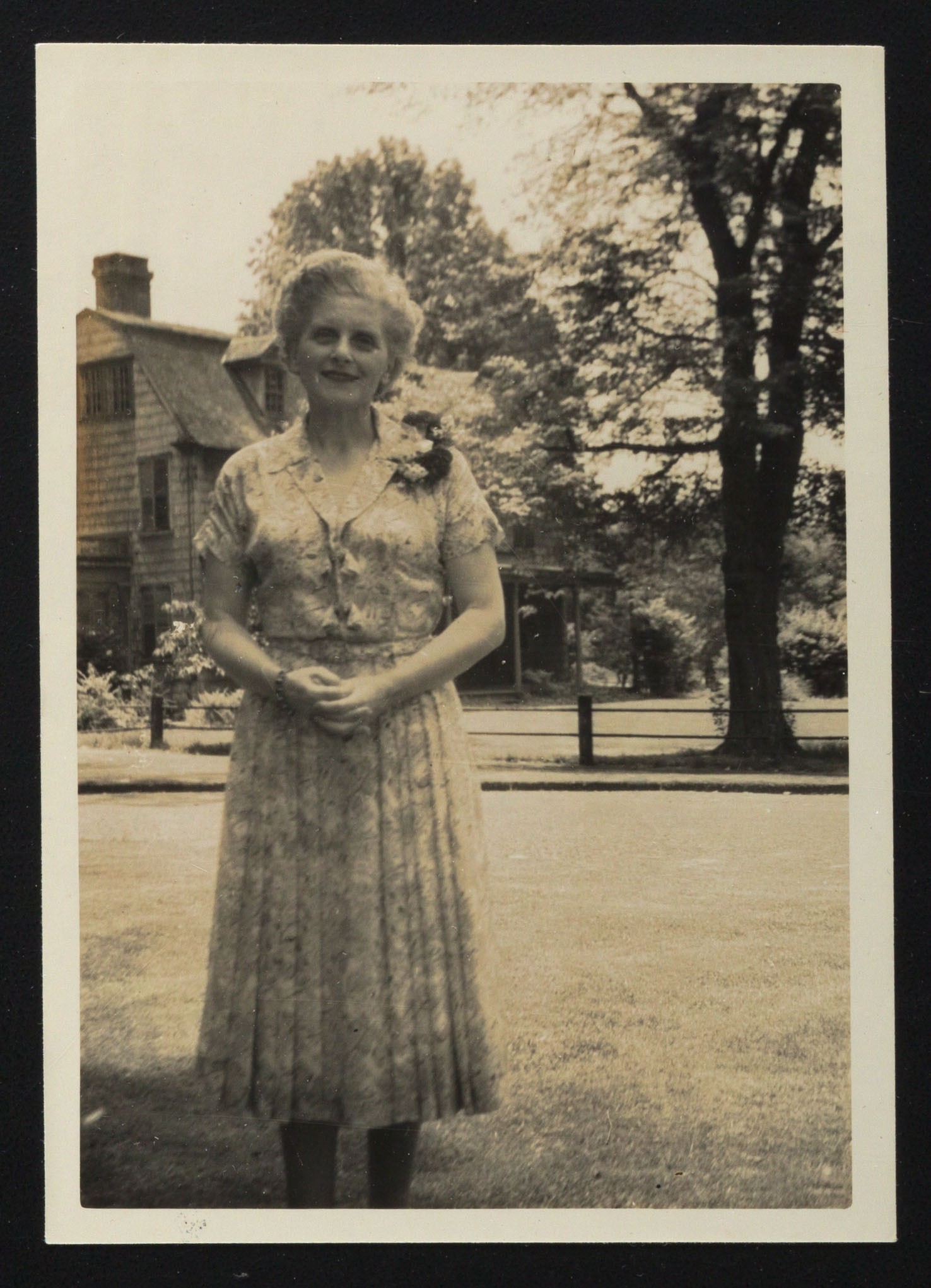 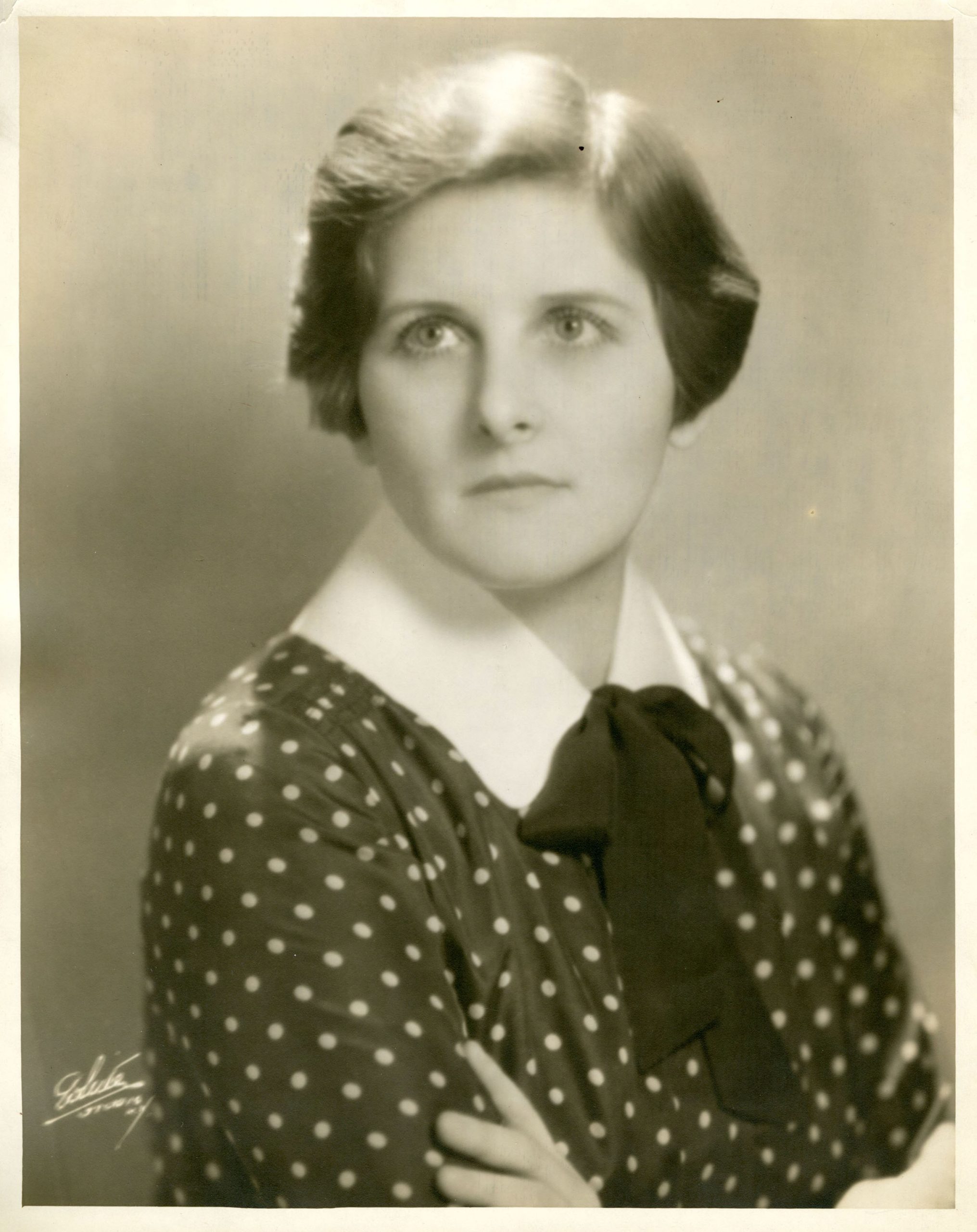 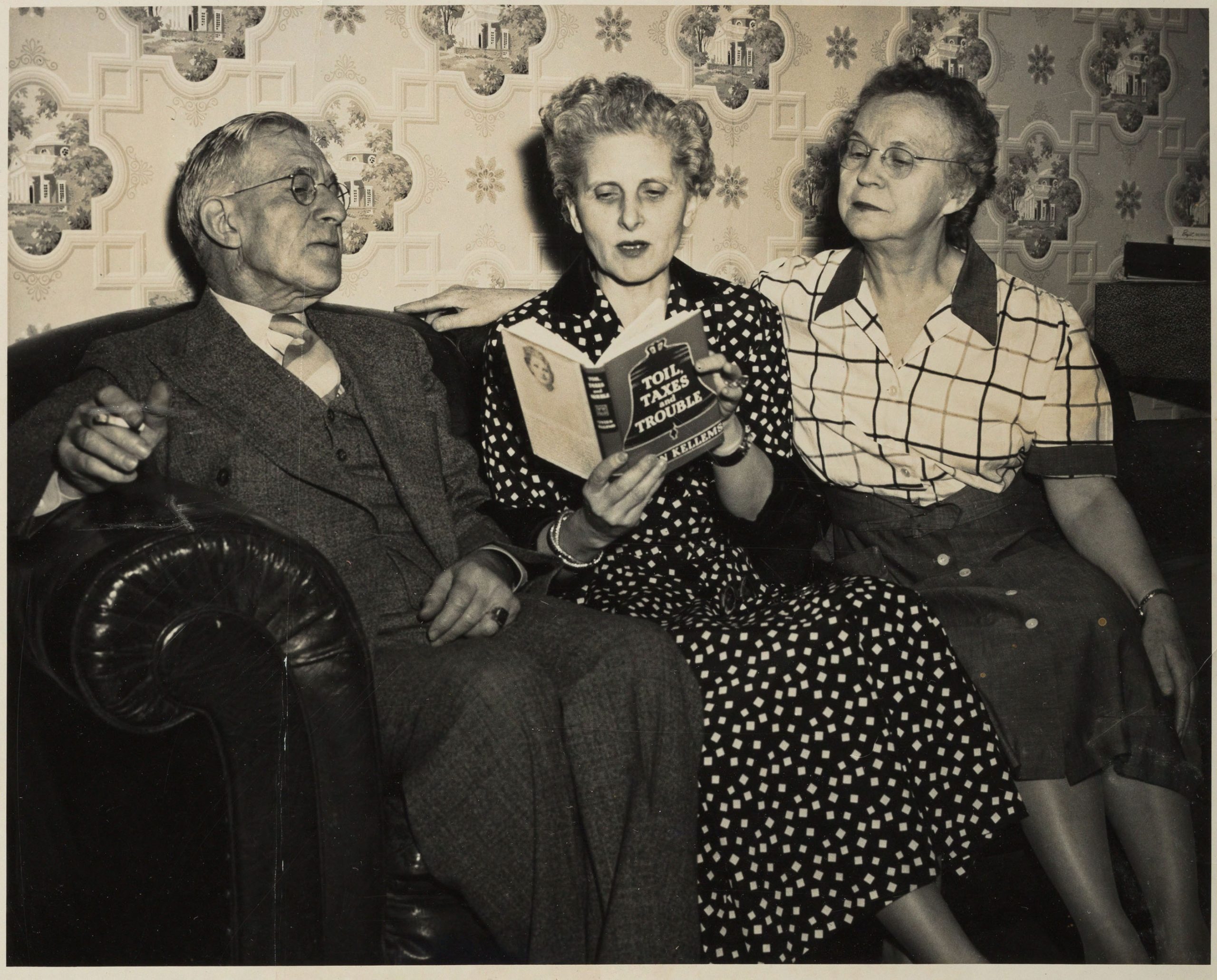 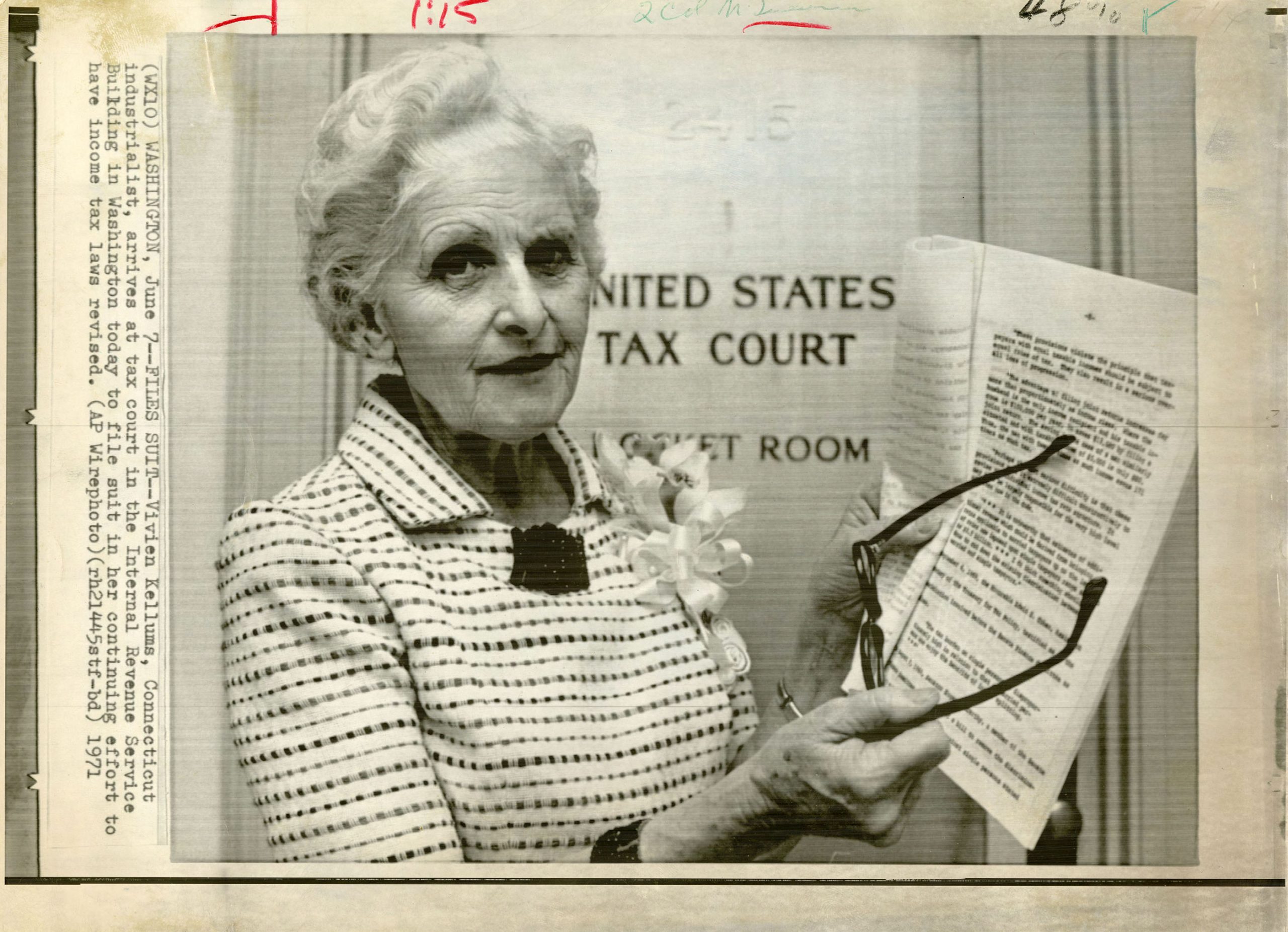 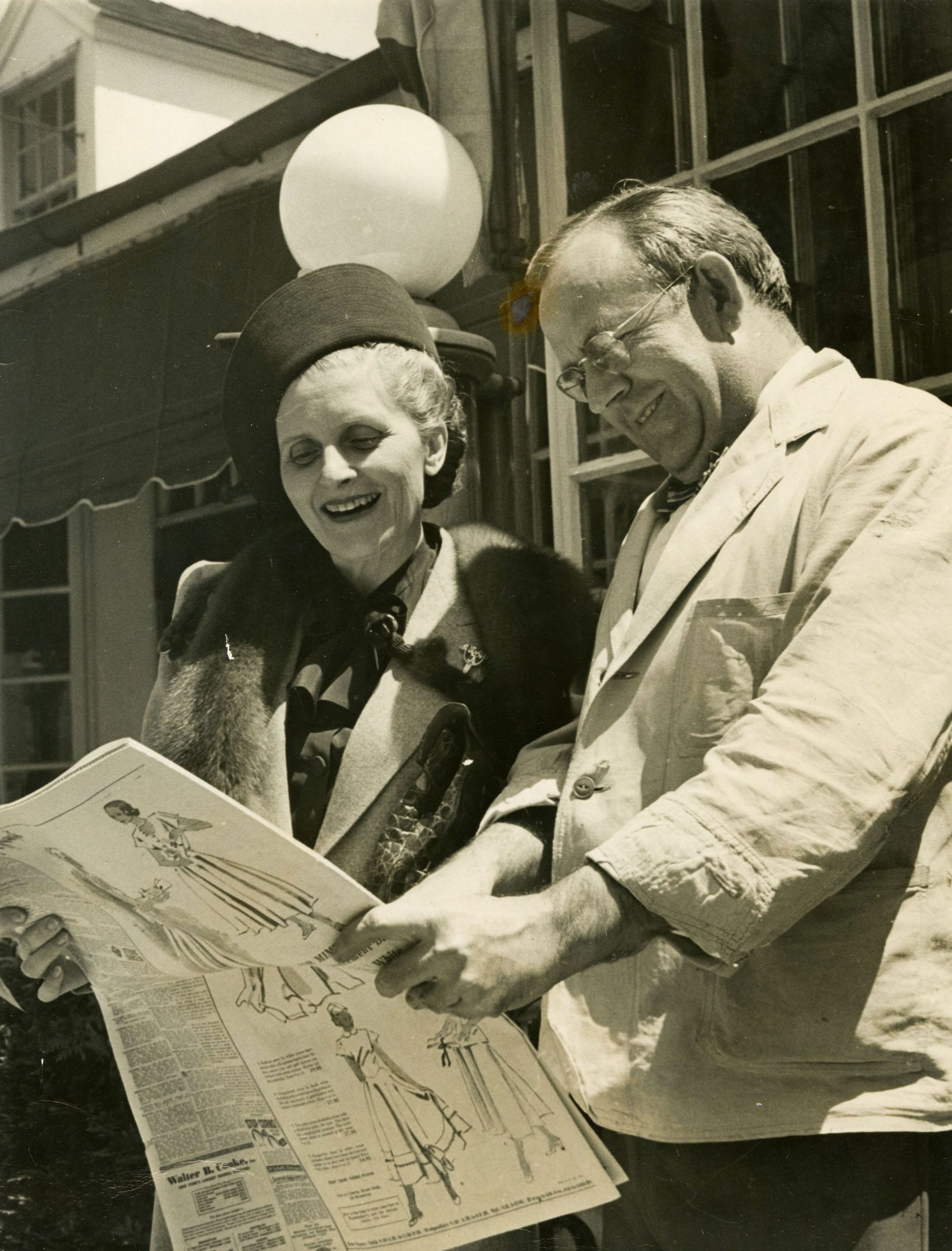 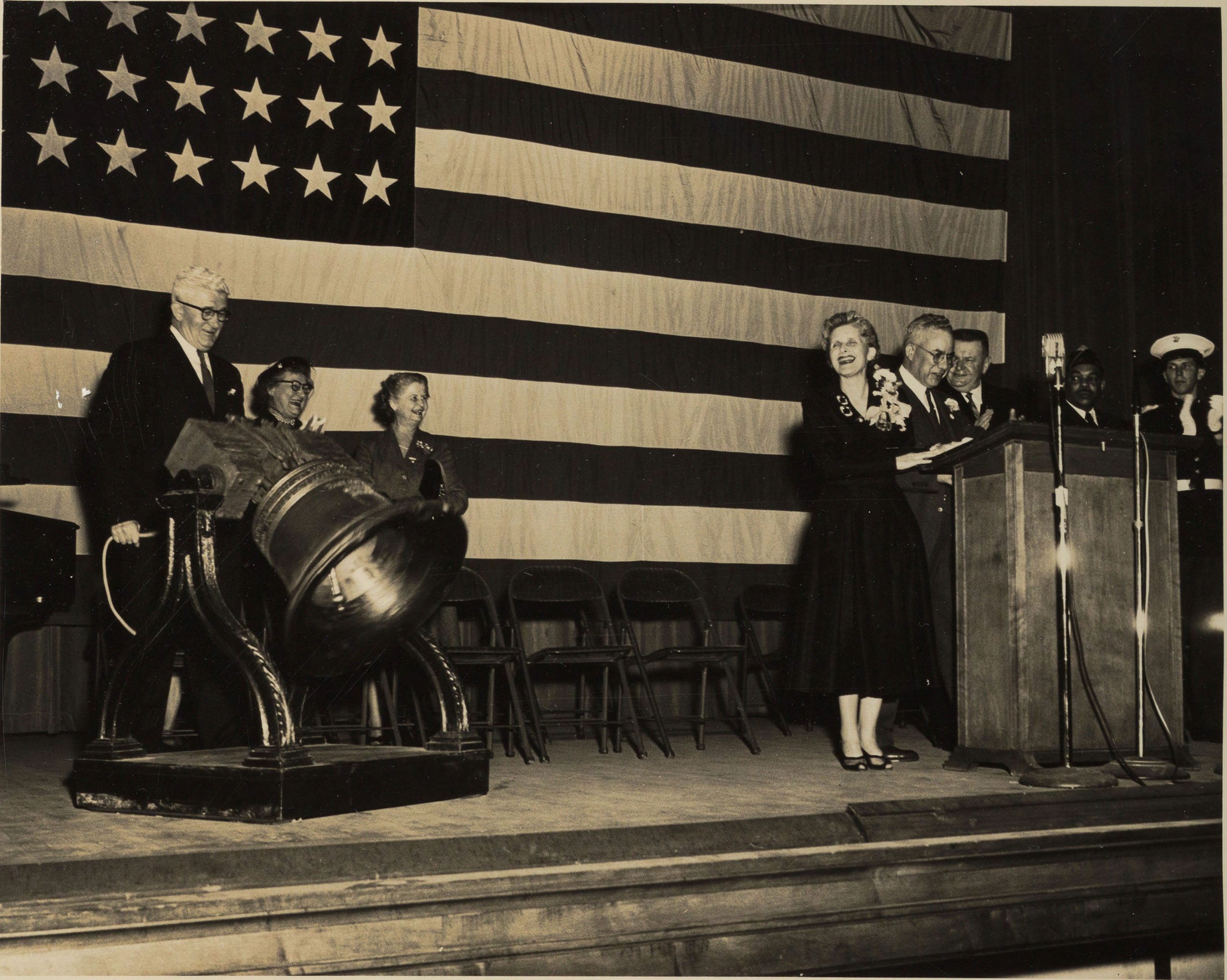 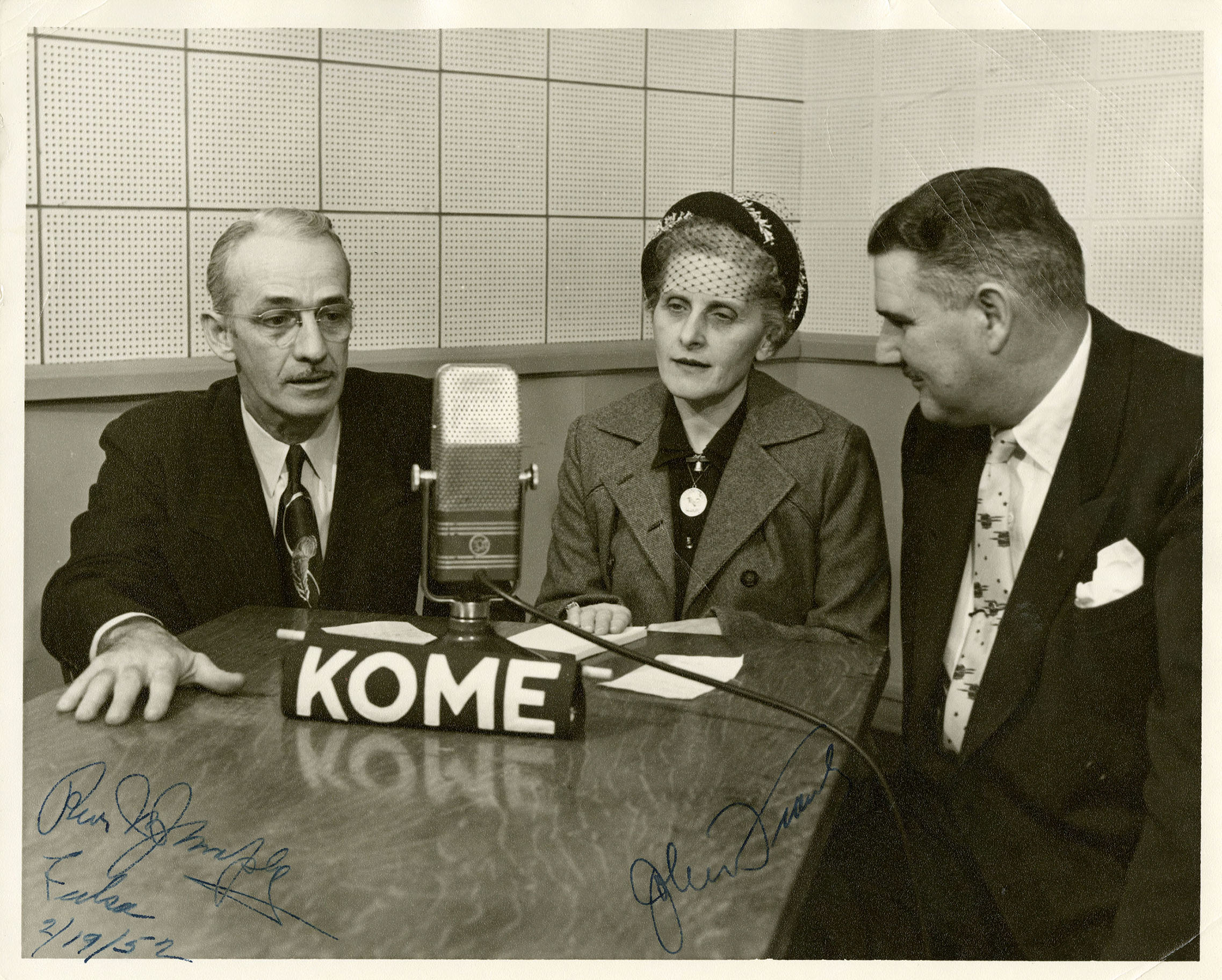 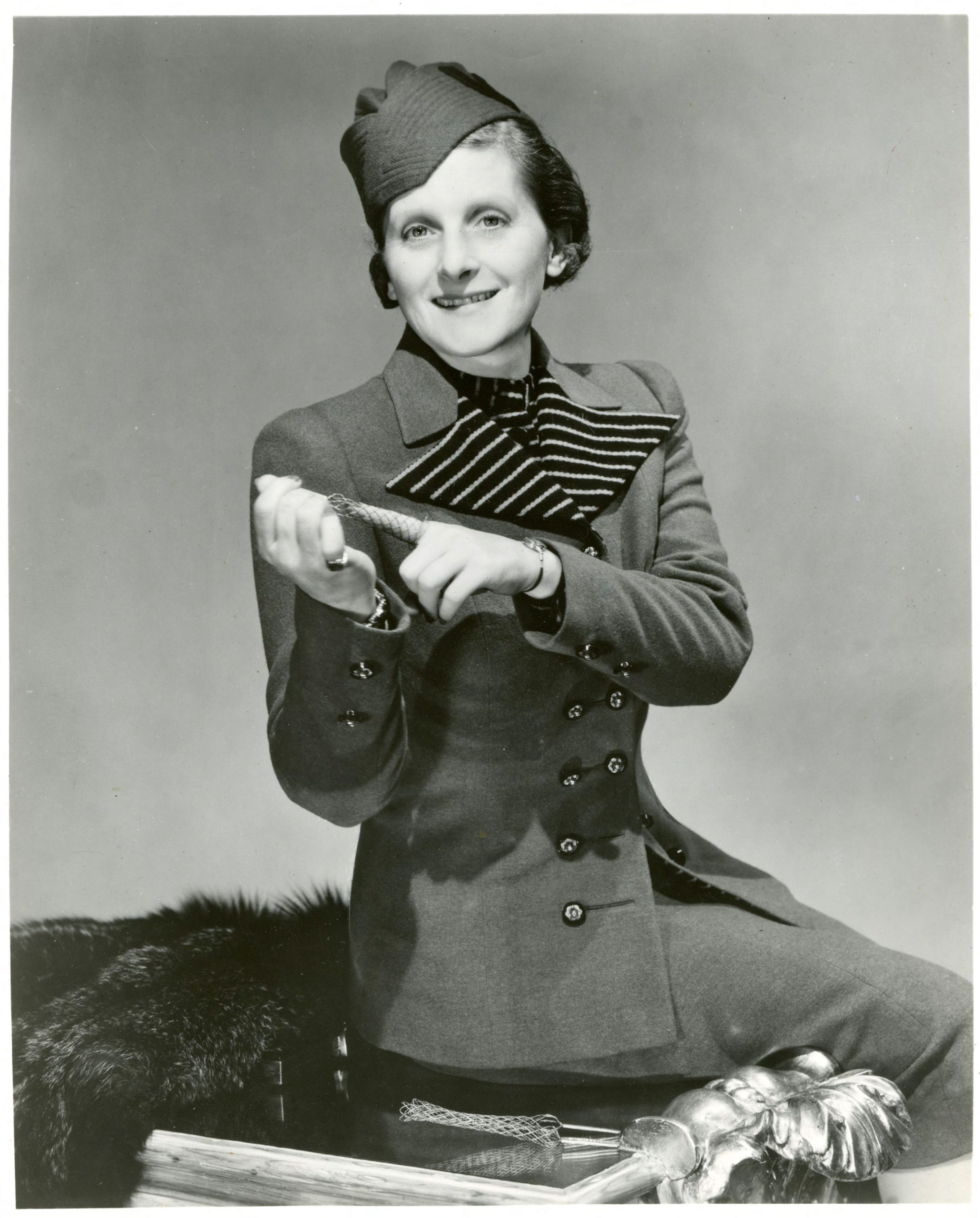 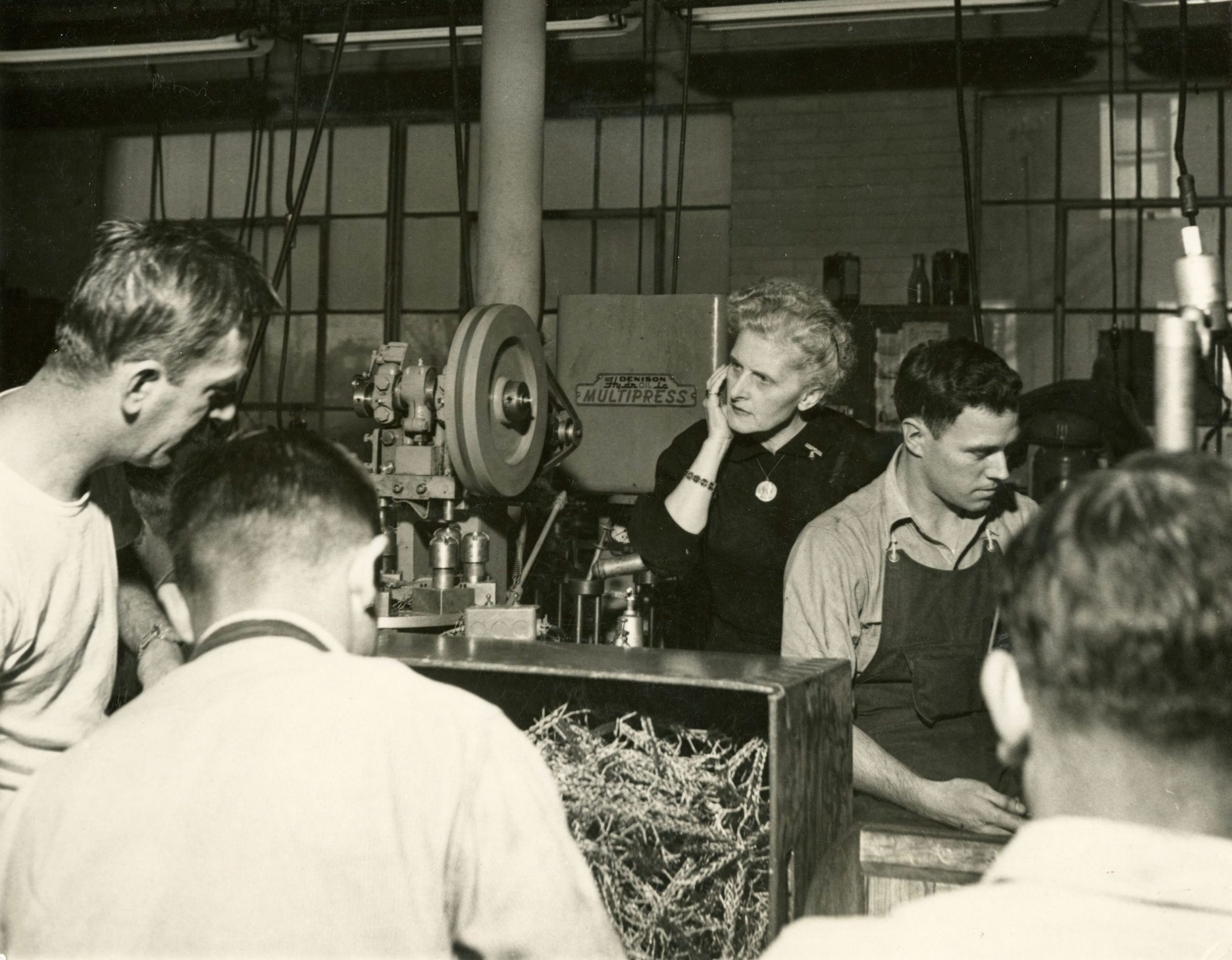 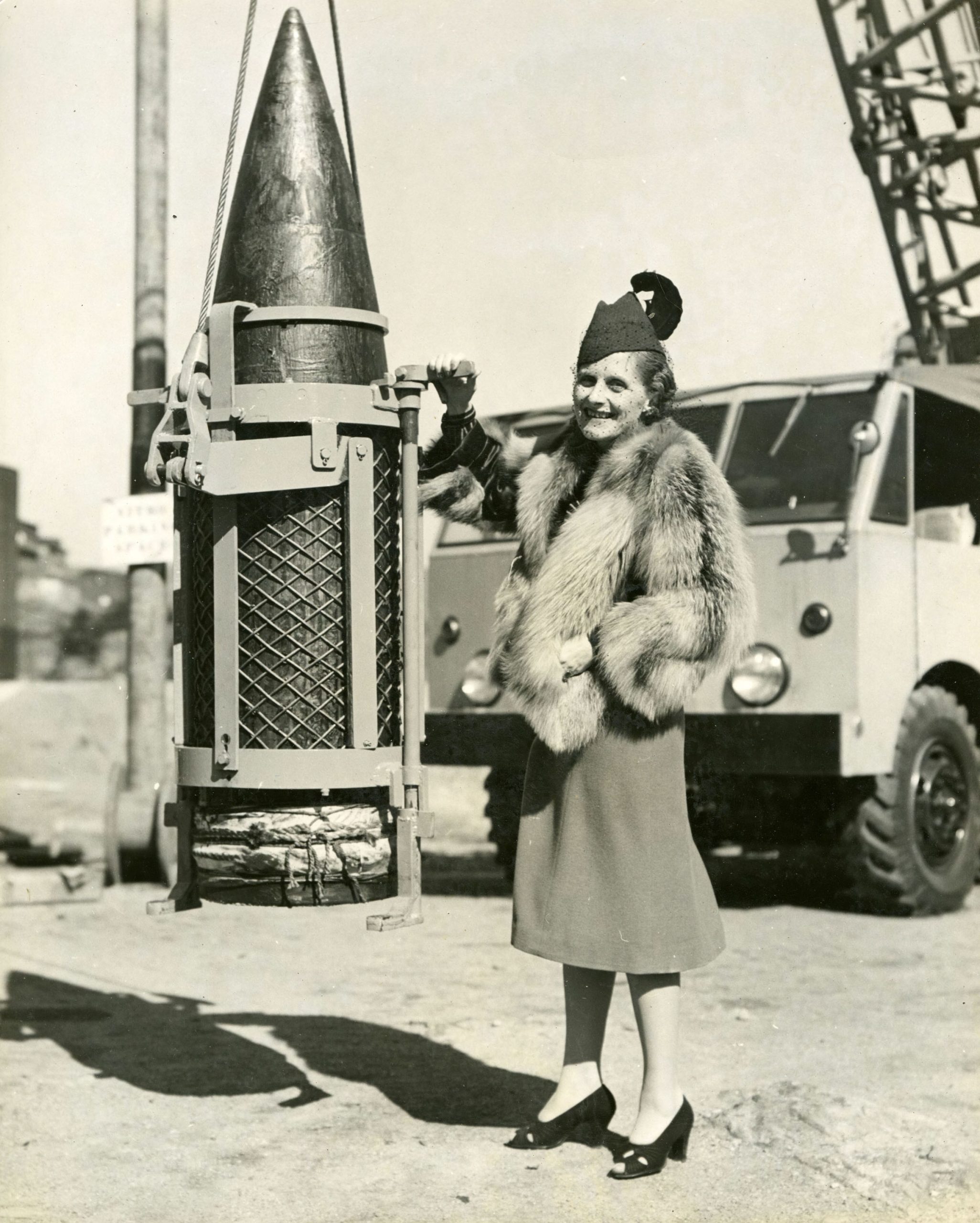 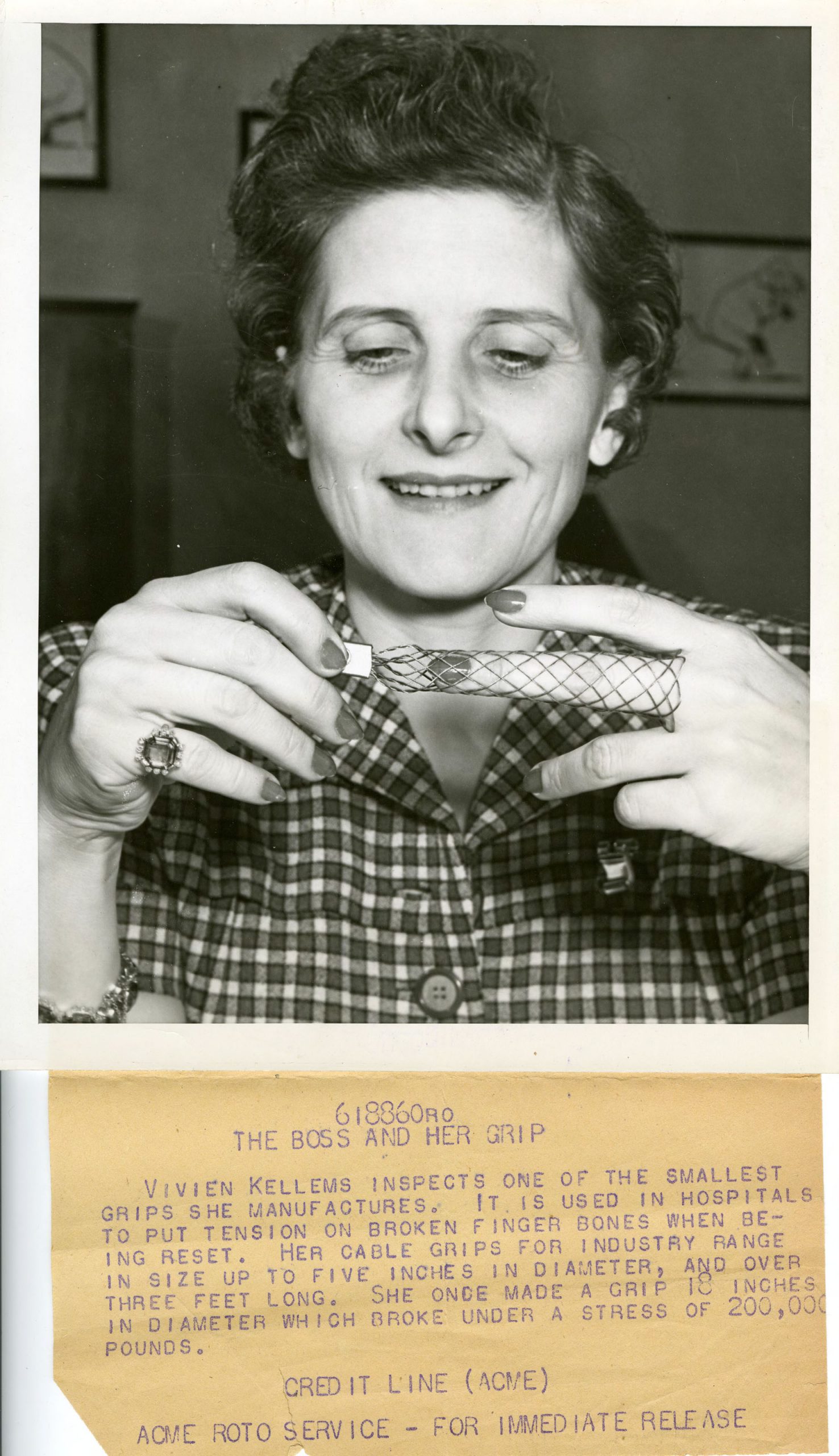 Archives & Special Collections announces the opening of a new exhibition, “The Many Faces of Vivien Kellems,” featuring the life and achievements of the inventor, activist, businesswoman, political candidate, and philanthropist, Vivien Kellems.  The exhibition marks the completion of a multi-year project to digitize the Kellems Papers; generously funded by Suzy Kellems Dominik over the past several years.

Vivien Kellems was born 7 June 1896 in Des Moines, Iowa, to David Clinton and Louisa Flint Kellems. Shortly after her birth, her parents, both Christian Ministers, moved their family to the west coast and settled in Eugene, Oregon. The only girl of a family with seven children, Vivien developed a rugged and competitive personality from an early age. Attending the University of Oregon, she made her mark as the only female on the debate team. Vivien Kellems obtained a bachelor’s degree in 1918 and a master’s degree in economics shortly thereafter. After graduation, she moved to New York City pursuing a doctorate from Columbia University and then, nearer the end of her life, University of Edinburgh.

While she resided in New York, her older brother, Edgar E. Kellems, invented a significant improvement to an existing cable grip, which he patented in the late 1920s. With the patent as a foundation, Ms. Kellems founded Kellems Cable Grips, Inc. in 1927, moving the new company to Stonington, Connecticut. In the early years, the company’s devices were used most notably during the construction of the Chrysler Building, George Washington Bridge, and later played a vital role in production of wire and artillery shell grips used during World War II.  Her thirty-year tenure as president of the Kellems Company brought many challenges, travel, and opportunities for expansion.  For example, during WWII, Kellems’ business interests and travels converged with her personal life—bringing unwanted attention and controversy. Vivien’s connections and subsequent relationship with Count Frederic von Zedlitz, a German national from a prestigious family, was scrutinized by the U.S. Congress because of her “love letters” to a “Nazi agent.”

In addition to her business interests, Vivien Kellems was actively engaged in various struggles for justice as she fought for women’s equality, equal suffrage along party lines, and tax reform. As a member of the Liberty Belles, Vivien led by example as the group encouraged equality of women in the home, workplace, and society. Running as an independent candidate for U. S. Senate, Ms. Kellems protested strict party line voting that only required a single lever pull rather than voting individually for a preferred candidate. She made several bids for United States Senate, for the Connecticut Governorship in 1954, and, in 1964, led the Barry Goldwater Presidential Campaign in Connecticut.

Vivien Kellems practiced active civil disobedience to support her positions on state and government practices, particularly those of taxation and party voting. She famously sat in a voting booth for nine hours straight before fainting from exhaustion in her protest of the party lever. With her degree in economics, unfair taxation by the government was a frequent and long fought battle. In 1948, alongside her business partner and brother David Kellems, she protested the “requirement” of withholding taxes from her employees’ checks claiming, “if they wanted me to be their (tax) agent, they’d have to pay me, and I want a badge.” A lengthy court battle ensued, during which it was determined that the Kellems Company would go bankrupt if taxes were not withheld and paid. Admitting defeat on this issue, Kellems turned her focus to the inequality of taxes paid by single individuals compared to married couples.  The income tax law enacted after World War II required unmarried citizens to pay twice the amount of income tax than did those citizens of equal earnings who were married. In protest, from 1965 until her death, Vivien Kellems would send in blank tax forms with her signature. Coming close to victory many times in the United States Supreme Court during the first half of the 1970s, Ms. Kellems’ fight in this case came to naught.  She died before her final appeal was heard in 1975.  On this issue, she traveled the country speaking at numerous events and appearing on television to highlight the cause of the singles income tax.  She amassed a nationwide fanbase who wrote to her extensively in support and admiration for her campaign against unfair taxation.

Vivien Kellems left a vibrant legacy, documented in an impressive collection of photographs, business records, legal and tax documents, political ephemera, and memorabilia that is available for research and study in the University of Connecticut’s Archives & Special Collections.  Come and explore the story of a trailblazing firebrand who faced great odds but refused to back down.

The exhibit is scheduled to run through 13 January 2023 and features highlights from Vivien Kellems storied life, focusing on her activist causes, business achievements, and political aspirations.  The installation of exhibit documenting the life of this remarkable woman is also in commemoration of the 50th anniversary of the University of Connecticut Women’s Center.