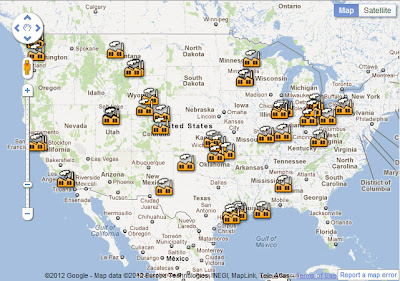 In the United States, the answer is a whole bunch of places (excluding the Eastern Seaboard). In the wake of President Obama’s rejection of TransCanada’s proposed route of the Keystone XL Pipeline, check out this map of refineries in the US that handle tar sands oil (pictured above; source: Mother Jones). As you can see, there are nearly 50 refineries who handle tar sands oil in the country. Besides furthering a seemingly never ending addiction to fossil fuels that will continue to change our climate, an important item that has been glossed over by many reporting on this decision in regards to energy security is the fact that the proposed pipeline would have ended in the Gulf Coast region. From a geographic point of view, this route can be interpreted as a clear signal that the pipeline’s intended purpose is to maximize the ability to export the refined products and maximize corporate profits, without necessarily being the dependable source of domestic energy that some have touted it to be. In fact, according to the TransCanada website, a newly built pipeline from Alberta to Illinois already exists and is in service as you can see in the map below. 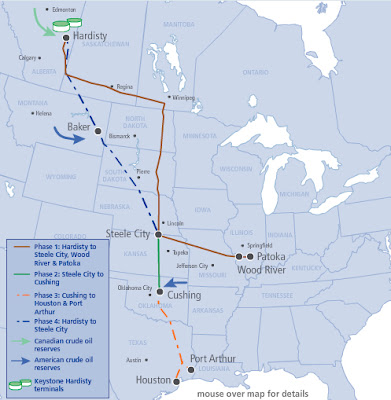 With this decision by the Obama Administration, TransCanada is believed to be moving ahead on an alternative route.