Over the past five years, if you have contacted the UConn Library MAGIC and/or the Connecticut State Data Center either virtually or in person, you have likely had an opportunity to interact with our graduate assistant Weixing Zhang. At the end of Spring 2018, Weixing Zhang graduated with his PhD in Geography from the University of Connecticut! 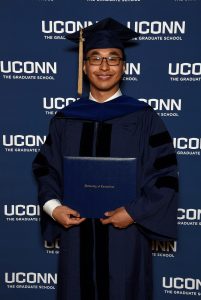 During Weixing’s tenure at both the UConn Library MAGIC and the Connecticut State Data Center, he has assisted users on a number of data requests, developed custom maps, developed scripts to process and visualize data, and contributed or led a number of projects and initiatives. One of the largest and most in-depth projects Weixing helped make a reality was developing the 2017-2018 release of the 2015 to 2040 Population Projections for the State of Connecticut, a project which involved over 2.5 years of research, analysis, and working with multiple collaborators before the final projections could be developed and published to the Connecticut State Data Center and Connecticut Open Data websites.

Prior to his last day at the UConn Library MAGIC and the Connecticut State Data Center we asked Weixing about his experiences these past five years and he shared the following:

“I would like to highlight how MAGIC gave me opportunities to collaborate with individuals, agencies, and organizations throughout the region so that I could have a better understanding of the value of maps, census data, and geospatial technologies in society. I am sure that these skills and connections I have made while at MAGIC will benefit me tremendously in my future career.”

Dr. Weixing Zhang is one of a series of graduate assistants and undergraduate interns which the UConn Library MAGIC and/or the Connecticut State Data Center has had the opportunity to work with to develop resources and provide assistance to our users. We are especially appreciative of the Office of Policy and Management, UConn Department of Geography, and the UConn Library for making these graduate assistantships and internships possible.

Thank you Dr. Weixing Zhang for all your hard work, dedication, and collaborative initiatives you contributed to at the UConn Library MAGIC and the Connecticut State Data Center and we wish you well and best of luck on your new adventures post graduation!

American Community Survey 5-Year Estimates datasets include demographic and economic statistics for all geographic entities, including counties with relatively small populations; as the ACS is a sample survey, estimates for these area tend to have higher corresponding margins of error. This visualization utilizes a calculation to take into account the sampling error associated with each estimate of county-level income inequality, to determine if differences in measured inequality between the two survey periods are statistically significant. Click any county in the map below to see a link to the original American Community Survey data for the county, through the American FactFinder data portal. 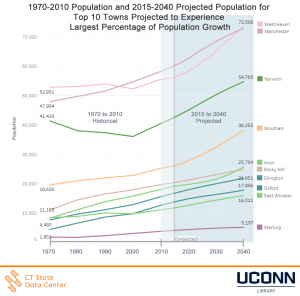 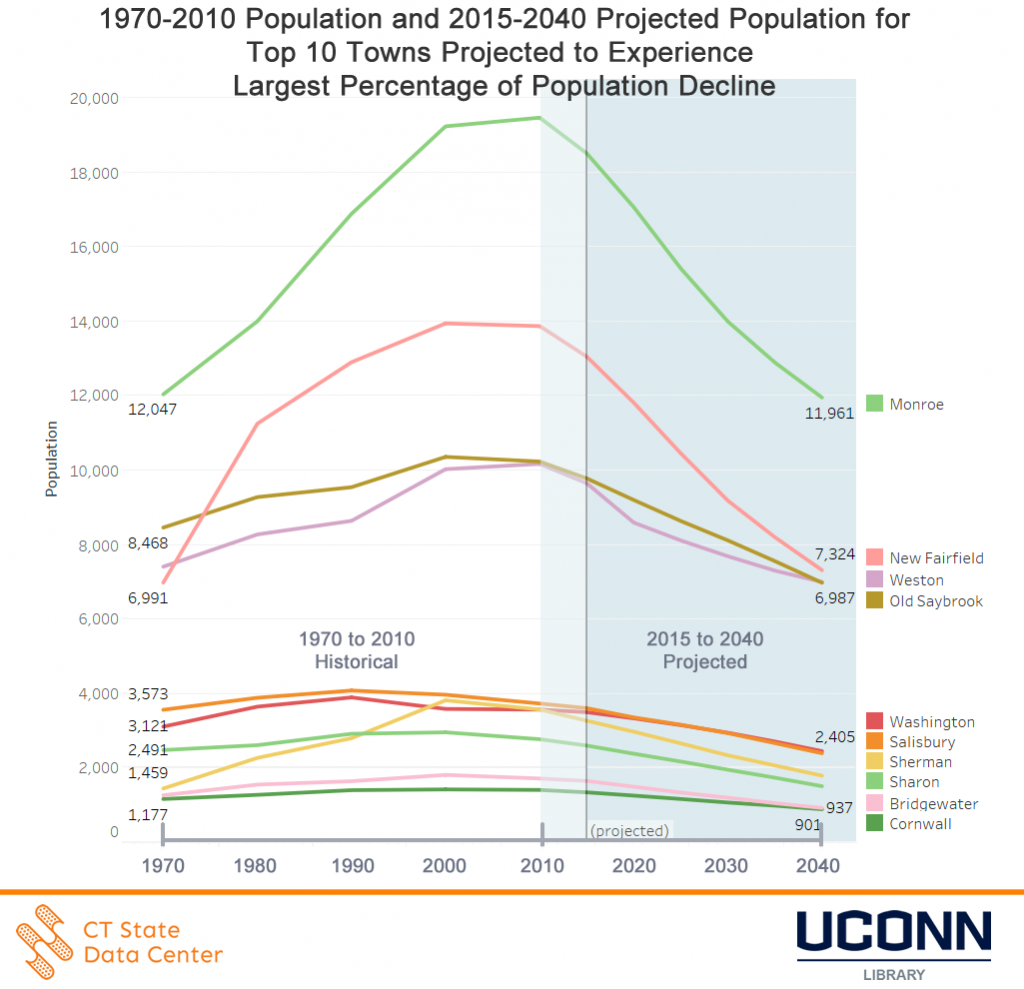 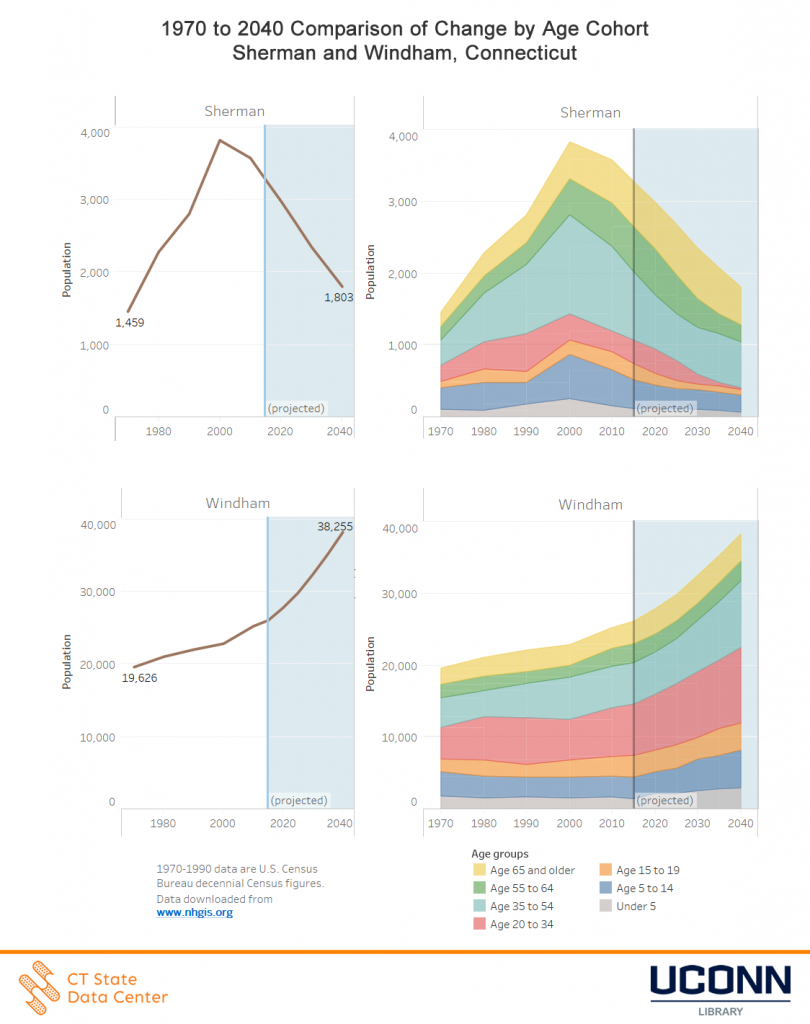 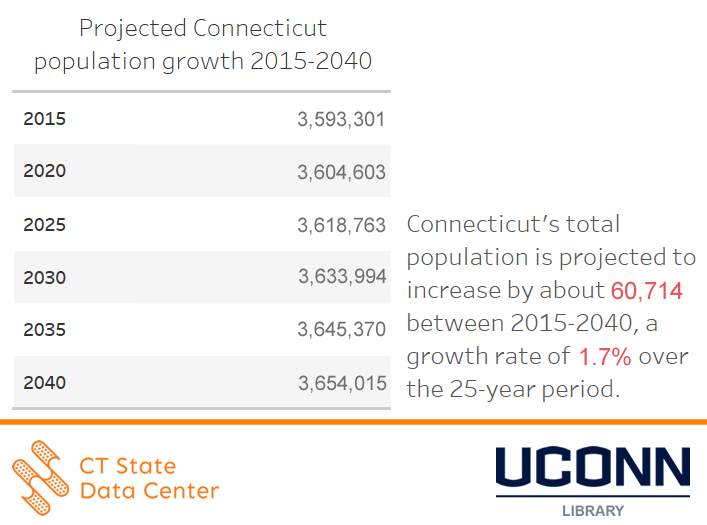 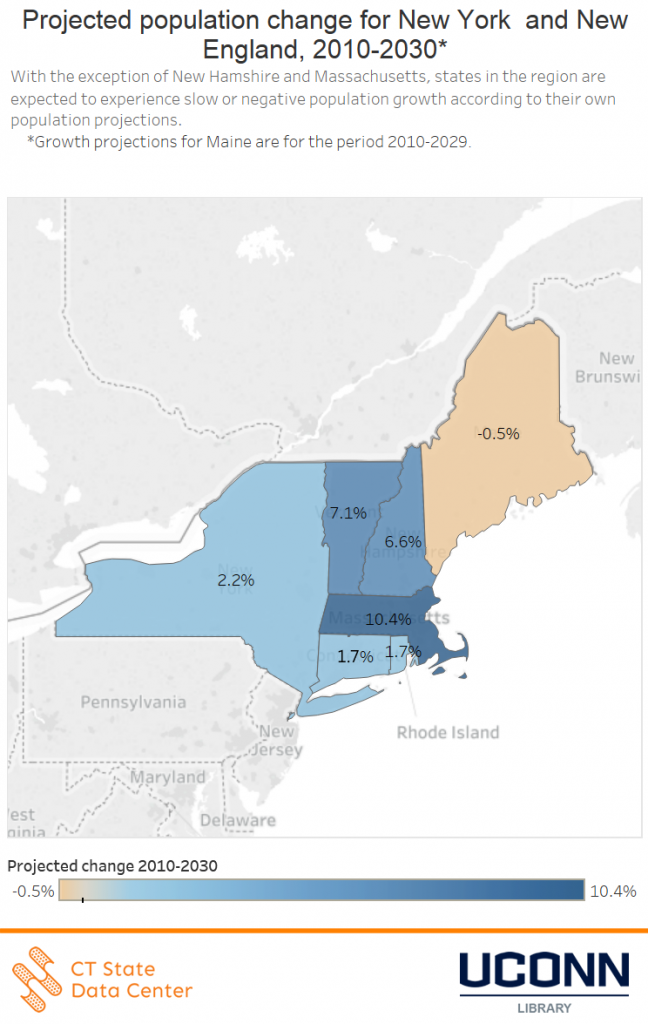 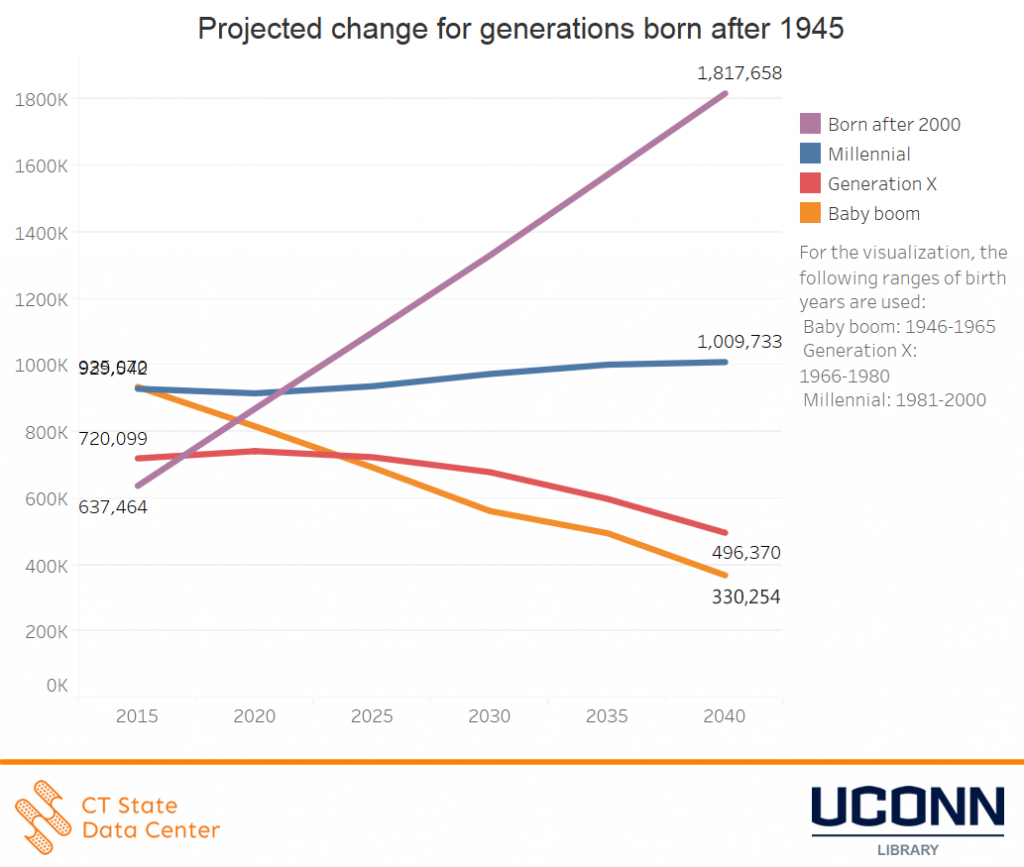 The visualization below highlights Census Tracts with median household income less than sixty percent of statewide averages, according to American Community Survey data.

How does Connecticut heat up their homes during the cold seasons? There are numerous ways to provide heat for a home. This visualization shows the different types of heat sources and how many housing units use them for each Connecticut town. You can see trends in the data when looking at the maps. Towns with urban environments tend to use utility gas and kerosene as a source of heat. Rural and suburban towns tend to use liquefied petroleum gas or wood as heating sources. Surprising data I found is that some homes use solar energy for heat. There is not a lot of homes that use solar energy, but maybe the number will increase in the future as we adapt to more renewable energy. The data source is from the American Community Survey 5-year estimate from 2011 to 2015. This data visualization is for the 2015 year.

The following visualization explores poverty levels in Connecticut by township; as well as by educational attainment. The data is provided by the US Census Bureau through the American Community Survey 2015 5-year estimates (2011-2015). My goal in assessing this data was to observe trends of poverty in Connecticut, as it relates to education level, location, and gender. Through the visualization it can be observed that the highest pockets of poverty are found in Bridgeport, Hartford, New Haven and Waterbury. These cities have the largest populations in the state which also correlates to the largest numbers of poverty. There was a large discrepancy in poverty rates, in the category of gender. Females had a greater instance of poverty at 60% compared to males at 40%. In the category of education, individuals whose highest level of education was a high school diploma were found to have the highest occurrence of poverty. Contrary to popular belief, people who have some college/associates degree were in many cases, just as likely to be living in poverty as people who earned less than a high school degree.

The most effective way to utilize this dashboard is to view it for statewide trends or town data. If you are looking for information on a particular town in Connecticut, select that town in the table on the right. By selecting the town, the other charts and map will be updated to reflect information only for this town. If you would like to look at multiple towns at once you can select more than one by holding the control key (Windows) or command key (Mac) and selecting the additional town(s). It is important to note that by comparing multiple towns, the statistics will be a sum of all towns included.

Last week’s release of the 2011-2015 American Community Survey 5-Year Estimates by the U.S. Census Bureau provides new demographic and socioeconomic data for all Connecticut towns, including estimates of  income, poverty, and workforce characteristics. One especially detailed table in this new dataset – made available by the American Community Survey since the program began – is DP03: Selected Economic Characteristics (see links appearing to the left of the table in American FactFinder to view data for previous years). Because the survey periods don’t overlap, the economic estimates published in the  2015 5-Year Estimates dataset can be compared with the 2010 5-Year Estimates data for evidence of change. The graphics below employ a calculation which determines whether town-level economic measures increased or decreased beyond the margin of error of the survey estimates, and illustrate these statistically significant changes between the 2006-10 and 2011-15 survey periods  for several economic indicators.