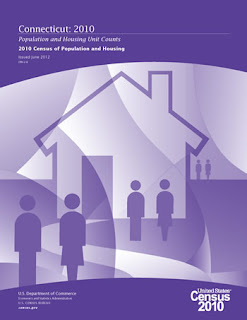 The U.S. Census Bureau has just released a new report based on the 2010 Census for Population and Housing Unit Counts for Connecticut. This report includes housing units, population by urban and rural areas and more. Several of the tables also include historical census data at the state, county, county subdivision, place, and/or minor civil division levels for Connecticut.

This report provides easy to read tables of data which provides the same data available from the American FactFinder in a streamlined report. This report also includes population density, housing density and additional details which may be helpful to our readers.