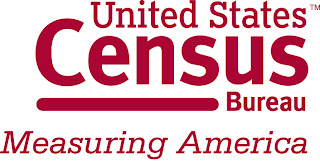 These findings are from County Business Patterns: 2010, which provides the only detailed annual information on the number of establishments, employees, and first-quarter and annual payroll for most of the 1,100 industries covered at the national, state and county levels. The statistics are broken down according to employment-size classes (for example, number of establishments with one to four employees) and legal form of organization (for example, corporations and partnerships).


“This year’s release of the County Business Patterns shows the overall decline in employment is slowing,” said William G. Bostic Jr., associate director for economic programs at the Census Bureau. “In contrast, 2009 coincided with the height of the recession and showed higher declines in employment and establishments.”


Between 2009 and 2010, only Alaska showed a rise in employment from the previous year, having increased 0.7 percent. All other states showed declines in employment, led by Wyoming’s 4.5 percent decline from 2009.


Among the top 50 counties in the United States by number of establishments, the largest decline in total annual payroll was Los Angeles County, Calif., with a decrease of nearly $2 billion. This was a decrease of 1.1 percent from 2009. Only Kings County, N.Y., showed an increase in the number of employees with an additional 4,400 from the previous year.


The construction sector showed the largest percentage decline in establishments, decreasing 4.2 percent from 2009 to 2010. The finance and insurance sector had the second largest decline, falling 3.2 percent from 2009 to 2010. The remaining top five sectors that showed the largest decline in establishments were manufacturing (2.9 percent), management of companies and enterprises (1.4 percent), and wholesale trade (1.2 percent).


Among industries that showed an increase in establishments, both utilities and health care and social assistance saw the largest increase, rising 1.7 percent from the previous year. The remaining top five industries that showed the largest increase in establishments were educational services (1.5 percent); accommodation and food services (1.4 percent); and professional, scientific, and technical services (1.1 percent).


For Connecticut, users can view data at the state and county levels for 2010 from the County Business Patterns Homepage at: http://www.census.gov/econ/cbp/. From this page you will be able to access data on the total number of paid employees by NAICS code, view payroll information, identify the total number of establishments, and more. Included below is a brief table of the number of establishments in Connecticut by employment-size class based on the 2010 County Business Patterns dataset.

County Business Patterns defines employment as all full- and part-time employees who were on the payroll during the pay period that includes March 12. Data are obtained from Census Bureau reports and administrative records from other federal agencies. Quality assurance procedures are applied to all phases of collection, processing and tabulation to minimize errors. The data are subject to error from miscoding and estimation for missing or misreported data. Values associated with each establishment are slightly modified to protect the confidentiality of the location. Further information about methodology and data limitations is available at <http://www.census.gov/econ/cbp/methodology.htm>.
Source: U.S. Census Bureau & Connecticut State Data Center