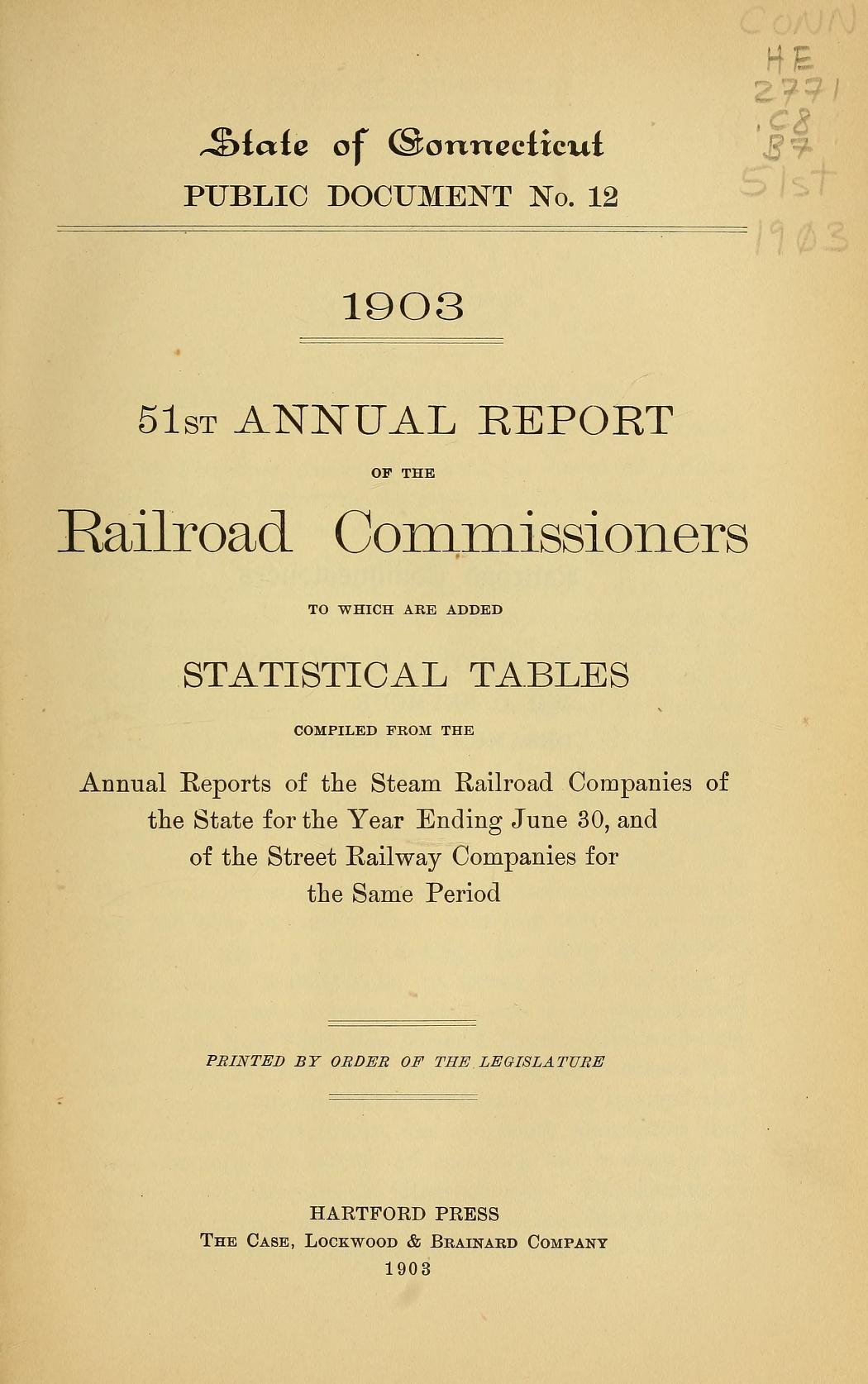 In our continuing efforts to make our collections available online we present to you a set of Railroad Commissioner Reports of the State of Connecticut, now available through the HathiTrust at http://archive.org/search.php?query=%22uconn%20libraries%22%20%20railroad%20%22annual%20report%22.  This is done courtesy of our cooperative relationship with the Boston Libraries Consortium and the Digital Programs and Preservation and Conservation staff here at the UConn Libraries.

The railroad commissioner reports are very rich documents, published yearly between the 1850s until 1911, and provide details about bridges, structures and track laid for each railroad in the state as well as the expenditures and income.  Many of the issues have details about train accidents and lists of the members of their board of directors, important information for any railroad researcher.

Many of these reports were donated by a long-time donor of railroad materials, Mr. Leroy Beaujon of Roseville, California.  Mr. Beaujon has a soft spot in his heart for the Central New England Railway, which ran in western Connecticut and eastern New York State until it was taken over by the New Haven Railroad in the early 1900s.  He grew up on Canaan, Connecticut, so his interest in the railroads of that area was formed early in his youth and has remained throughout his life.  We are pleased that we can make Mr. Beaujon’s gift of the railroad reports available not only to the researchers who visit us here at Archives & Special Collections but to anyone, anytime and anywhere.

Check out the reports online, and enjoy!