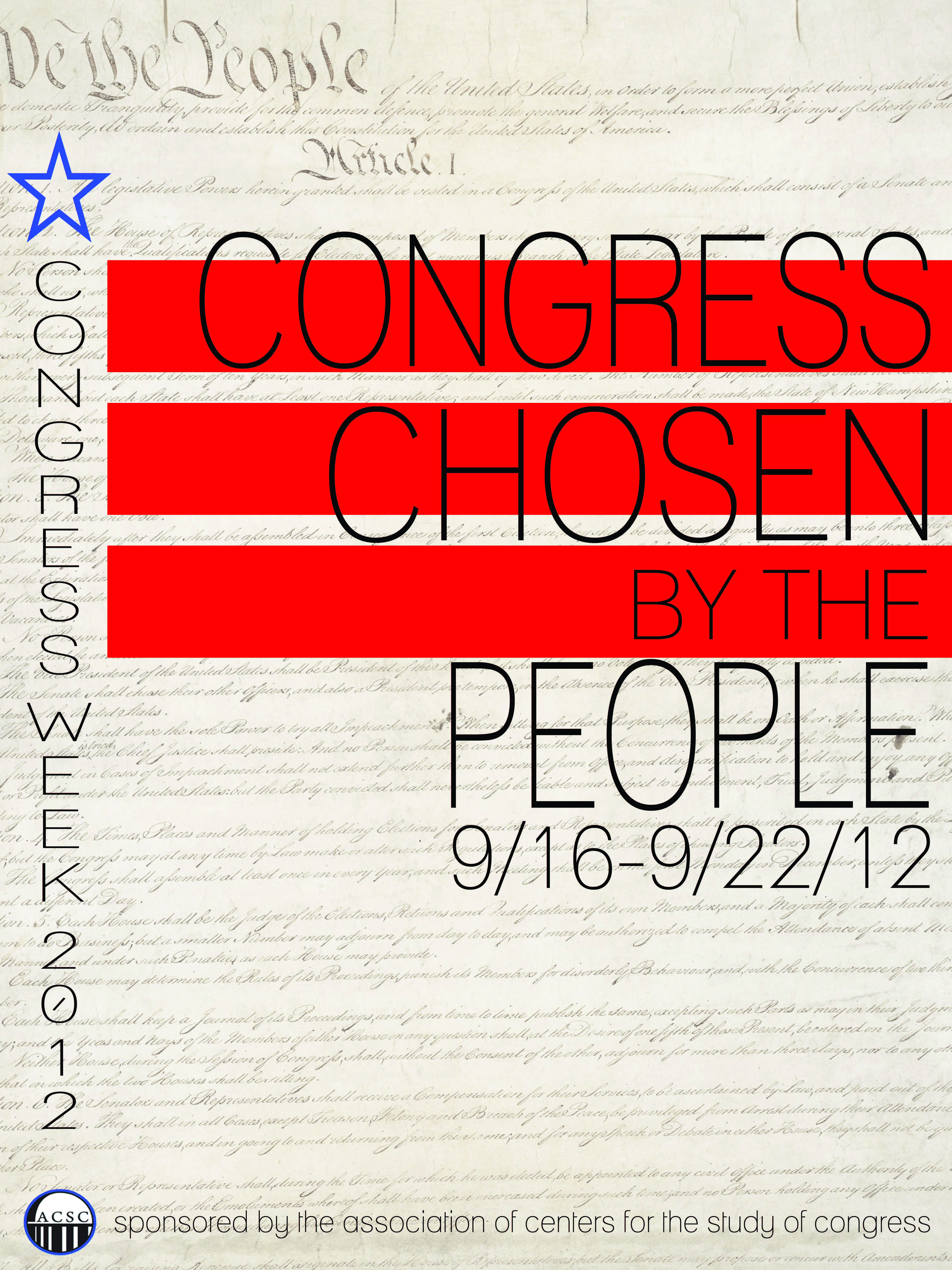 Archives & Special Collections at the Thomas J. Dodd Research Center would like to remind its readers of the significant roles in our lives played by Congress and the Constitution.  Congress week is sponsored by the Association of Centers for the Study of Congress (ACSC), which was founded in 2003 as an independent alliance of organizations and institutions which promote the study of the U.S. Congress.  The theme of this year’s national celebration is “Congress: Chosen by the People.” Article 1, Section 2 and the 17th Amendment of the Constitution give citizens the right to elect their members of Congress. With the presidential and congressional elections just around the corner in November, it is important to remember our civic responsibility to choose our representatives in government.  Documentation of Congress and how it works can be found in the papers of Connecticut’s Congressional delegation housed in the Dodd Center.  A complete list of the political collections open for consultation is available on the A&SC website.

Constitution Day recognizes the adoption of the United States Constitution and those who have become U.S. citizens.  This year also marks the 225th anniversary of the signing of the Constitution on September 17, 1787. Connecticut had two representatives sign the Constitution, William Samuel Johnson and Robert Sherman. Sherman also signed the Articles of Confederation and the Declaration of Independence, making him one of only two people to sign all three documents. Both Sherman and Johnson were influential in creating a system of representation in Congress where the rights of smaller states like Connecticut would be protected. In the end, the Great Compromise created two branches of legislature: the House of Representatives where states are represented proportionally, and the Senate where every state is guaranteed two senators regardless of size.

Today, UConn is observing Constitution Day by hosting a “watch party” from 1:30-2:30 p.m., in Konover Auditorium (Dodd Center). The program is an hour-long presentation showcasing the national scene and dilemmas that faced Americans on September 22, 1862. The National Endowment for the Humanities (NEH) has arranged for a special live stream performance and discussion focused on the ramifications of emancipation. Several renowned Civil War scholars from around the country (University of Richmond, Columbia University, and Duke University, among others) will participate in the presentation. Perspectives from Frederick Douglass, enslaved people from the South, Northern free blacks, the White House, and others will be highlighted.

For community members who wish to view the panel from their classrooms/offices, please use the following link to connect: emancipation.neh.gov/live/.