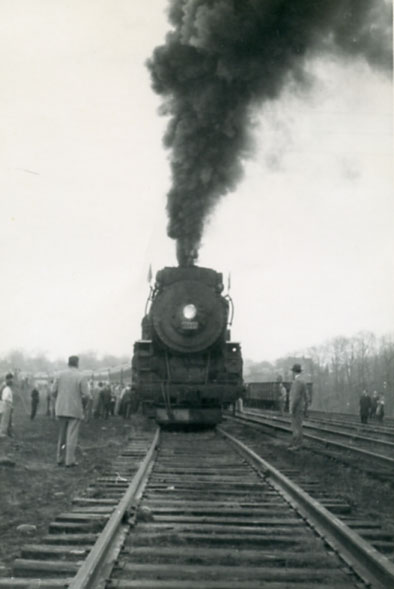 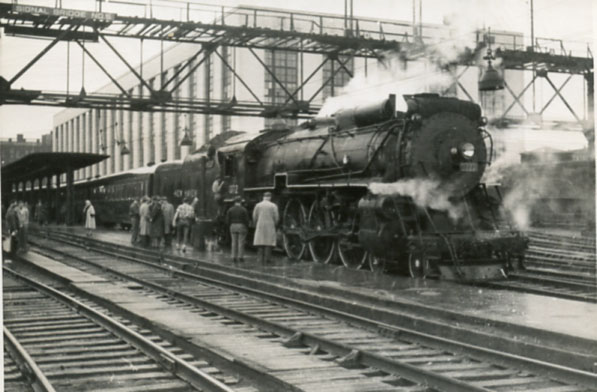 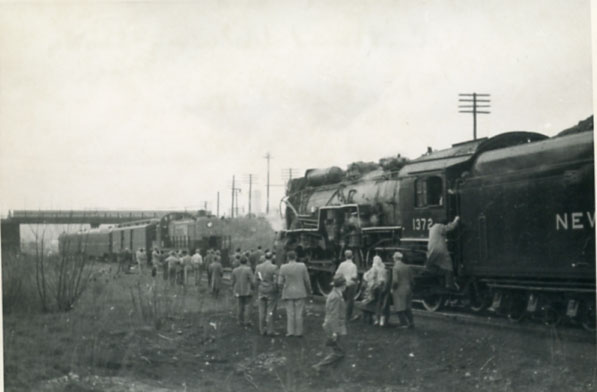 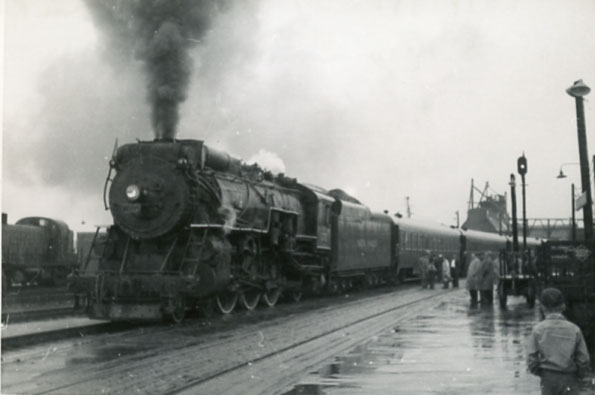 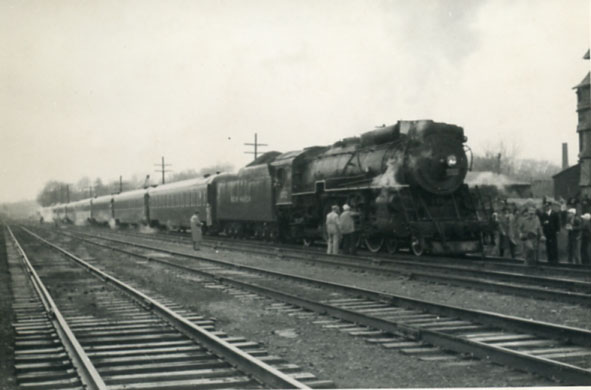 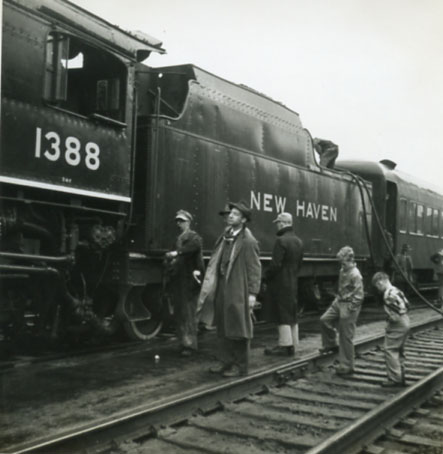 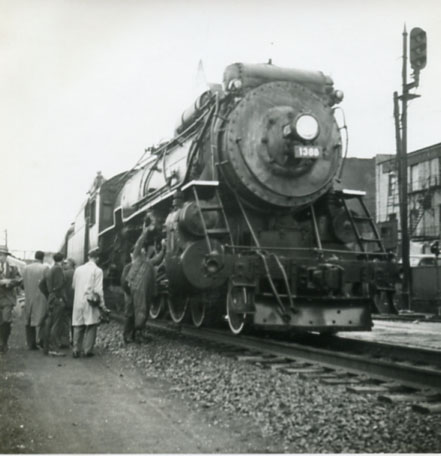 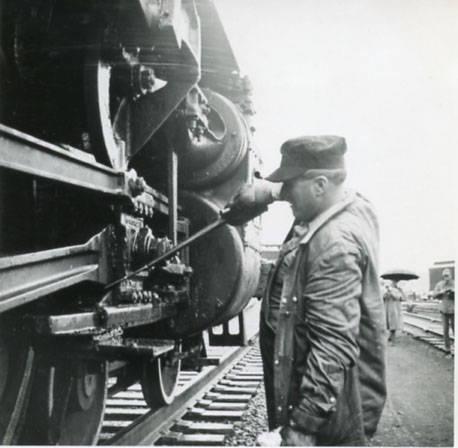 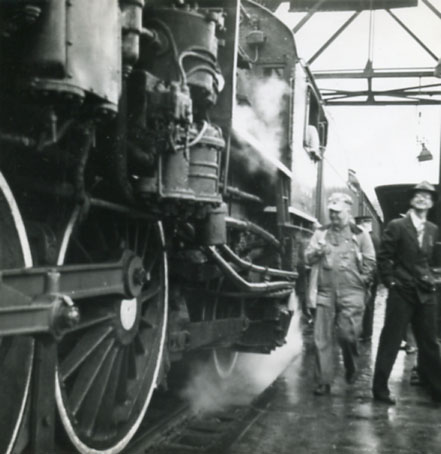 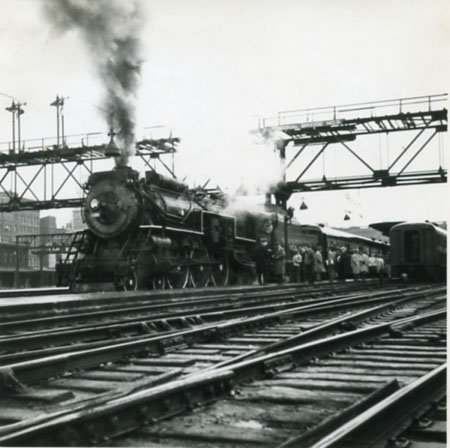 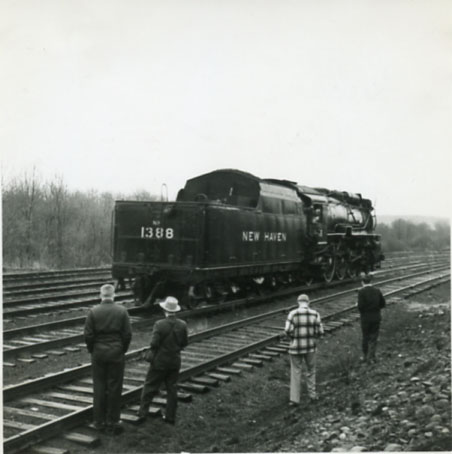 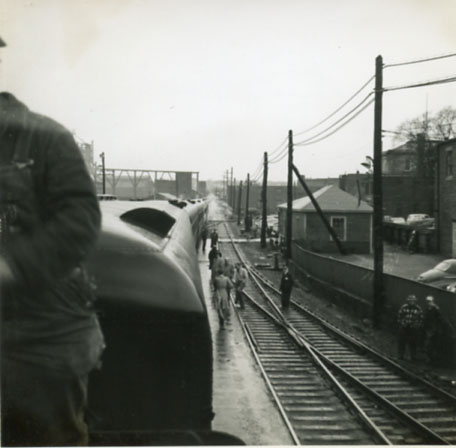 In the early 1950s the New Haven Railroad phased out use of its steam fleet in favor of its electric and diesel locomotives.  Shown here is a menu and photographs taken on an excursion trip from Boston’s South Station to New Haven, Connecticut, through the route of the old New York & New England Railroad with stops in Willimantic and New London, Connecticut.  The photographs were taken by Seth P. Holcombe and Ralph E. Wadleigh, both of whose photographs we hold in the Railroad History Archives. 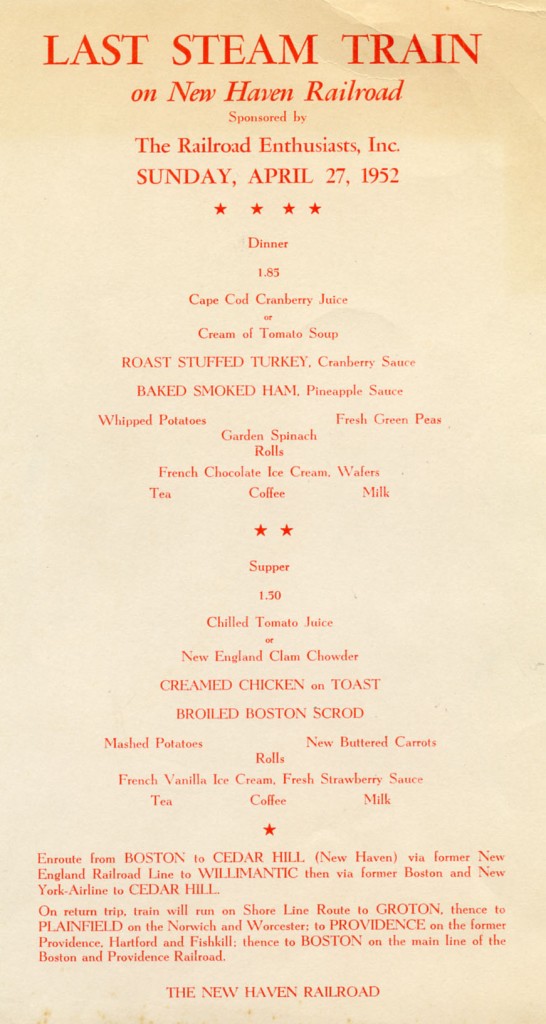