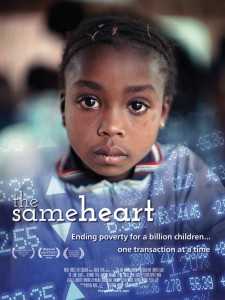 Len & Georgia Morris will be screening their film on child poverty The Same Heart this Wednesday, April 20th 2016 from 4-6pm in the Konover Auditorium at the Thomas J. Dodd Research Center. The film, screened as part of the Human Rights Institute’s Film Series, follows a growing number of global economists, joining their voices with moral leaders of the world. They agree that an extremely small financial transaction tax, “The Robin Hood Tax,” could for the first time, place the needs of children at the heart of the global financial system. Suggesting a sustainable approach,The Same Heart also follows a dynamic Kenyan community organizer who devotes his life to making programs work from the bottom up.

This film connects significantly with our U. Roberto (Robin) Romano Papers in the Archives & Special Collections, recently donated by Len Morris.  Robin Romano, credited as Cameraman in The Same Heart, directed and shot several films on child labor and global income inequality.  Although he passed away in 2013, his creative legacy involves a focus on human rights violations experienced by children around the world. His complete body of work including photos, films, and interviews, is now archived with at the Archives & Special Collections. 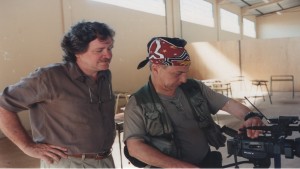