Do you notice something different about these two images? 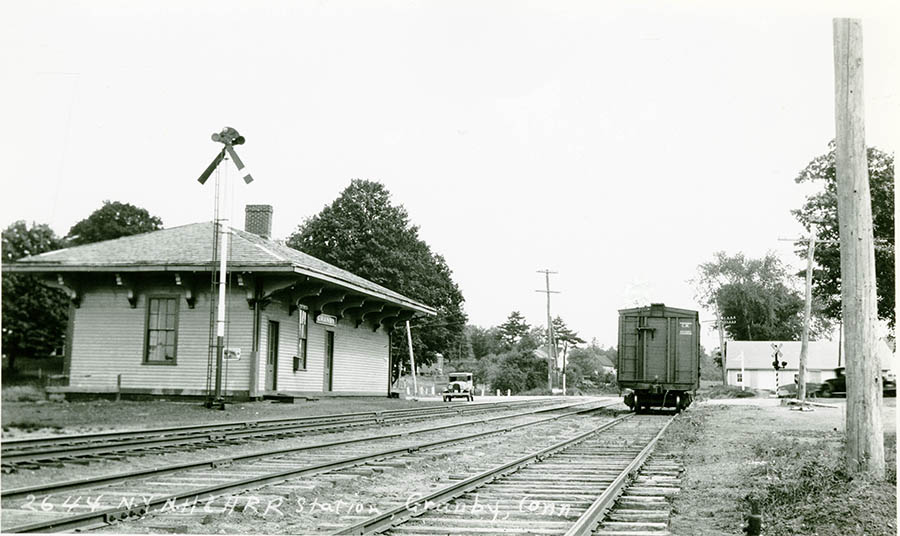 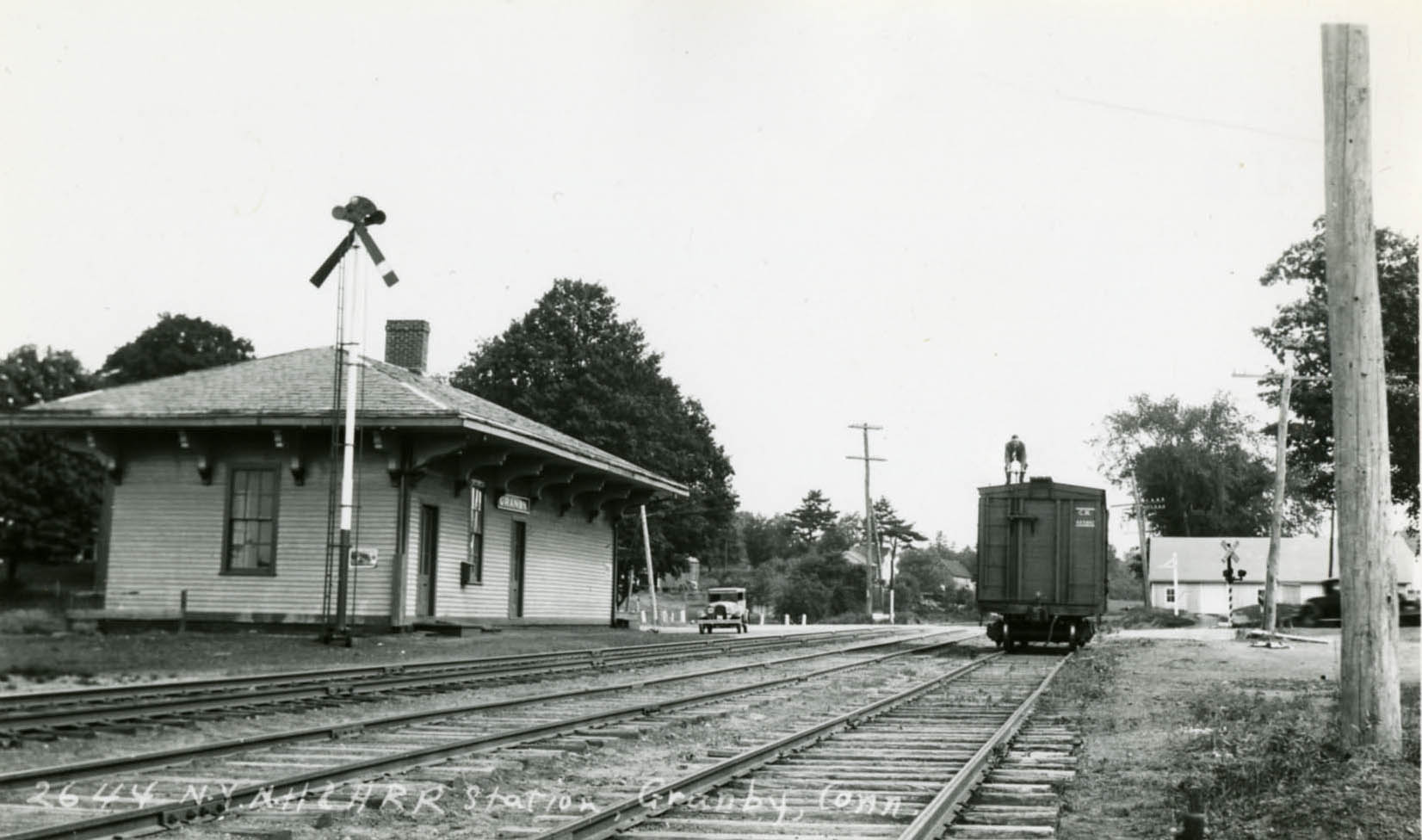 I’m sure you see it — in the second photograph there is a man standing on top of the box car. These two digital images are from the same actual, physical object of a photographic print. What do you think happened here?

It’s an interesting story. This photograph, of the Granby, Connecticut, railroad station, was taken around 1930 by the noted regional photographer Lewis H. Benton, who was born in Taunton, Massachusetts, in 1872 or 1873 and worked for the New York, New Haven & Hartford Railroad as a clerk. In his free time he would travel around the region with his sidekick Irving Drake and take photographs of railroad stations and structures. In both versions of the photograph you will see Mr. Drake’s sedan near the station; in the second image that’s him on top of the railroad car. This image was donated along with thousands of other photographs of railroad locomotives, stations, and scenes by Mr. Francis D. Donovan of Medford, Massachusetts, in 2006.

Recently we had a visit to the archives of Mr. Robert Belletzkie, a very knowledgeable railroad historian who maintains a website focusing on railroad stations in Connecticut — TylerCityStation.info. Mr. Belletzkie was conducting his research in the Donovan Papers, saw the photograph, the version without Mr. Drake on top of the car, and knew something was wrong. He had seen this same image before in other collections (which is not uncommon; railroad photograph collectors routinely make copies and share the prints among themselves) but he knew the photograph to have the image of Mr. Drake on top of the box car.

Mr. Belletzkie brought the photograph to my attention and we took a close look at it. A small dot of white-out had been placed on the print to cover up the image of Mr. Drake in the photo. How intriguing! Who would have done that, and why? It was certainly done before the collection was donated to Archives & Special Collections. Did Mr. Donovan do it? Did someone do it before that particular print made its way to Mr. Donovan?

Mr. Belletzkie offers this explanation — “Whoever covered up Mr. Drake thought it was inappropriate for him to be seen posturing in a serious station photograph or perhaps even that Mr. Benton was unaware of him up there and did not intend him to be in the shot. A larger study of the Benton & Drake photos currently underway, however, shows several shots with a similar, humorous touch. The eradicator’s sense of propriety may have been offended but anyone who retouches historical  photographs does a disservice to future generations by not passing on something exactly as its creator intended.”

Well, who or however it happened, I wanted to set the record straight. Yesterday I gave the print to the UConn Library’s Conservation Librarian, Carole Dyal, who expertly scraped off the white-out to reveal Mr. Drake on top of the railroad car.

2 thoughts on “Are Photographs a Truly Reliable Primary Source?”