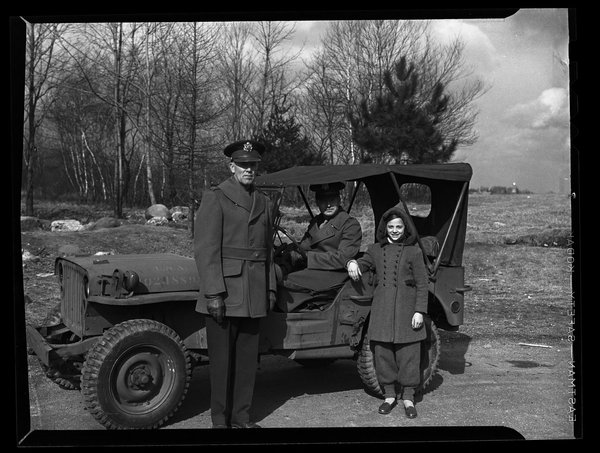 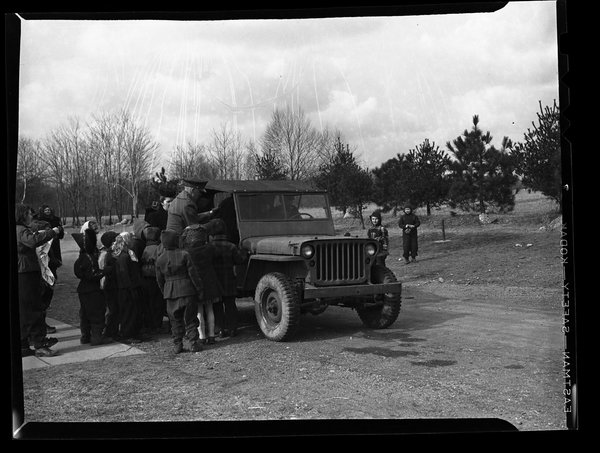 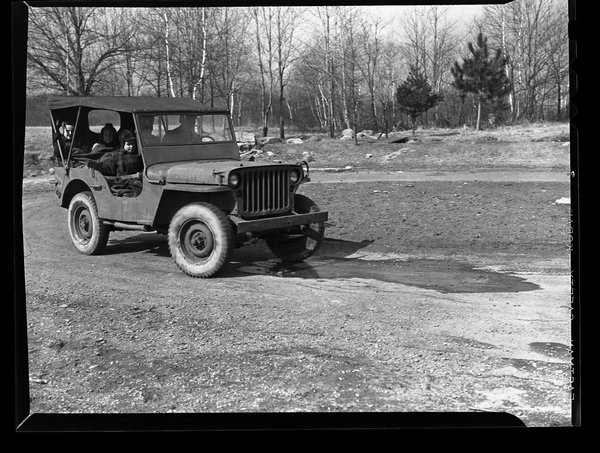 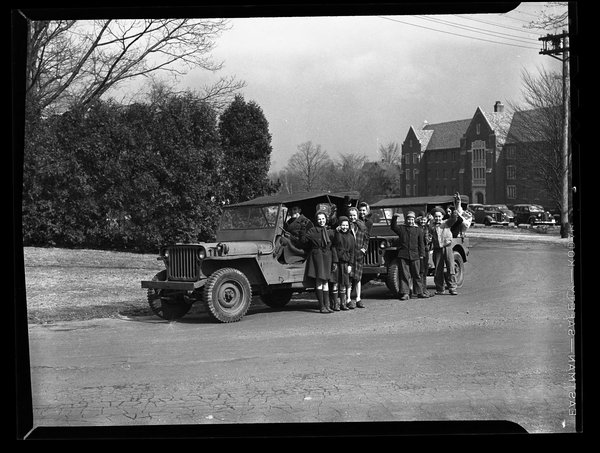 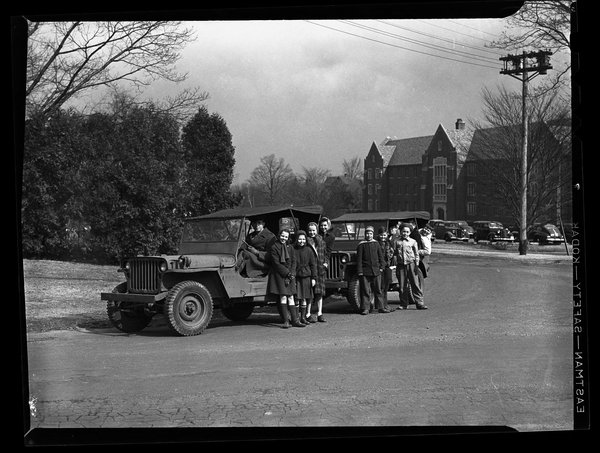 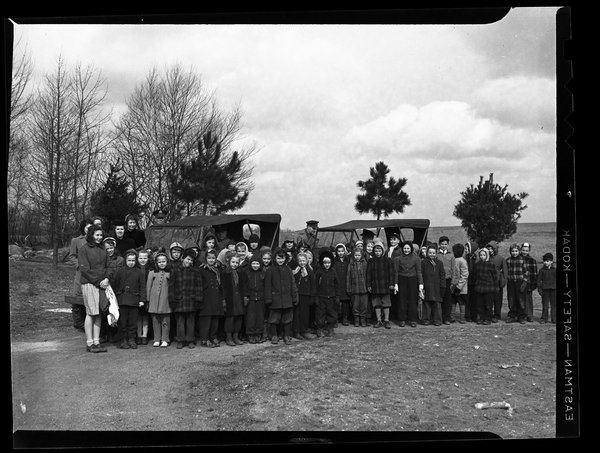 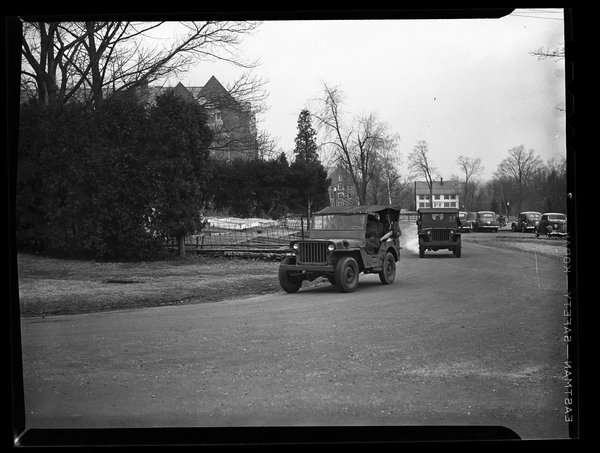 The March 9, 1944, issue of the Hartford Courant had this news story:

As the result of a letter to President Roosevelt, in which Geraldine Hall of Storrs Grammar School told him of the good work her schoolroom did in the Fourth War Loan Drive, the 39 children in that room were given rides in jeeps Wednesday [March 8, 1944] and the rest of the school will be taken on similar rides Thursday [March 9, 1944].

Geraldine’s room comprises the fifth and sixth grades at the school. Boys and girls in the room brought more than $3500 worth of war stamps and bonds during the drive, enough to pay for three jeeps. The sum they raised was more than one fifth of the $15,000 quota for the town of Mansfield.

In the whole school there are 135 students and their total contribution to the Fourth War Loan Drive was $8000, more than half the town’s quota. When the officials who sent the jeeps here primarily to give the fifth and sixth grade students rides learned the fine record of the whole school, it was decided they would come back again Thursday and see that all students in the school get rides.

Geraldine’s letter brought an answer from the White House praising the record of her school room and said that if the answer were taken to the nearest Army post her classmates would be given rides in a jeep. She displayed the letter to Major Michael F. Moffitt at the University of Connecticut and the two jeeps were sent out from Hartford.

Geraldine Hall is a daughter of Mr. and Mrs. Burton C. Hall. Her father is first selectman for the town of Mansfield.

We are fortunate that UConn professor and photographer Jerauld Manter took photographs of the children and their jeep rides on that day in March 1944.  These photographs are in the University of Connecticut Photograph Collection and can be found here: http://archives.lib.uconn.edu/islandora/search/jeep?type=dismax