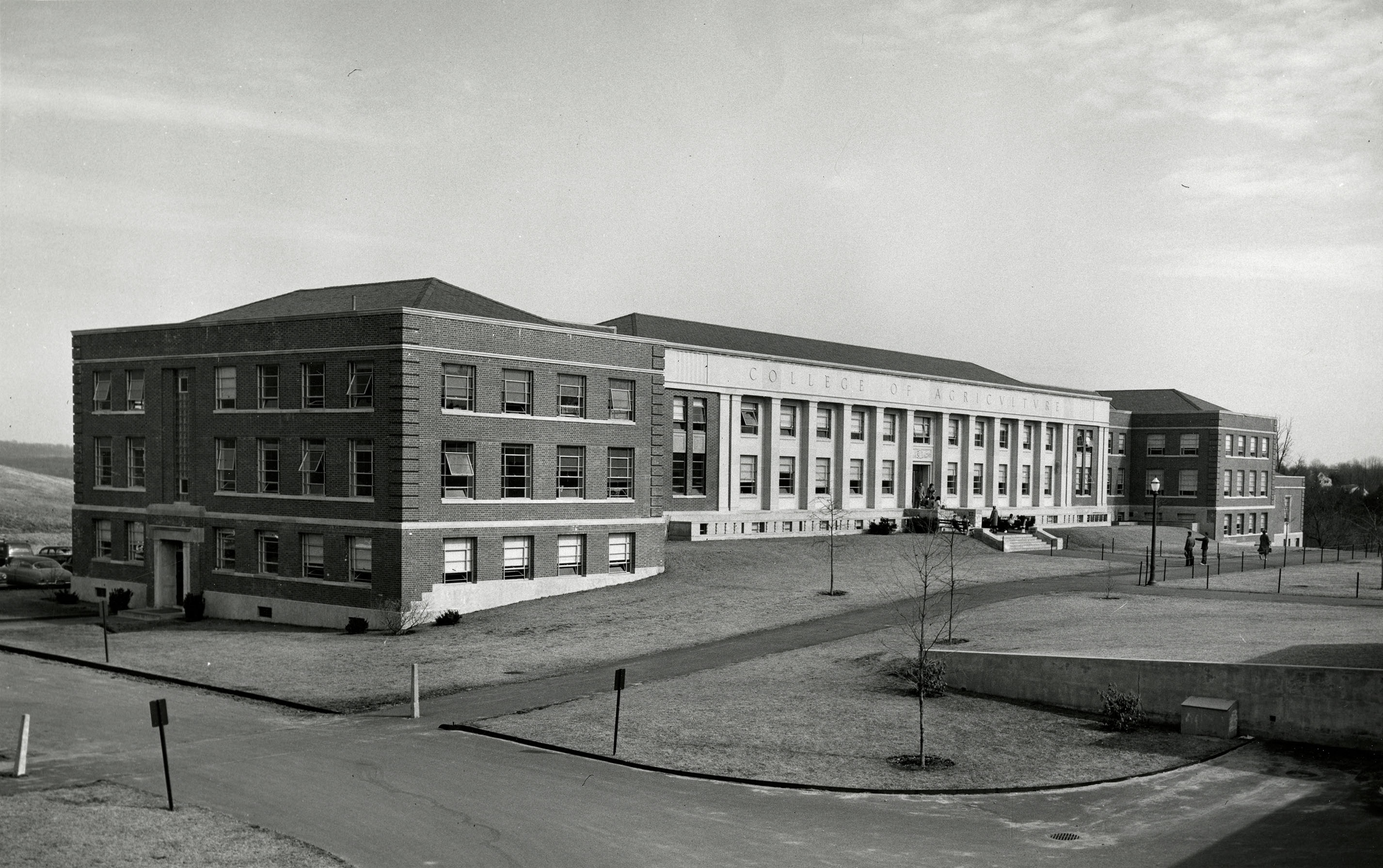 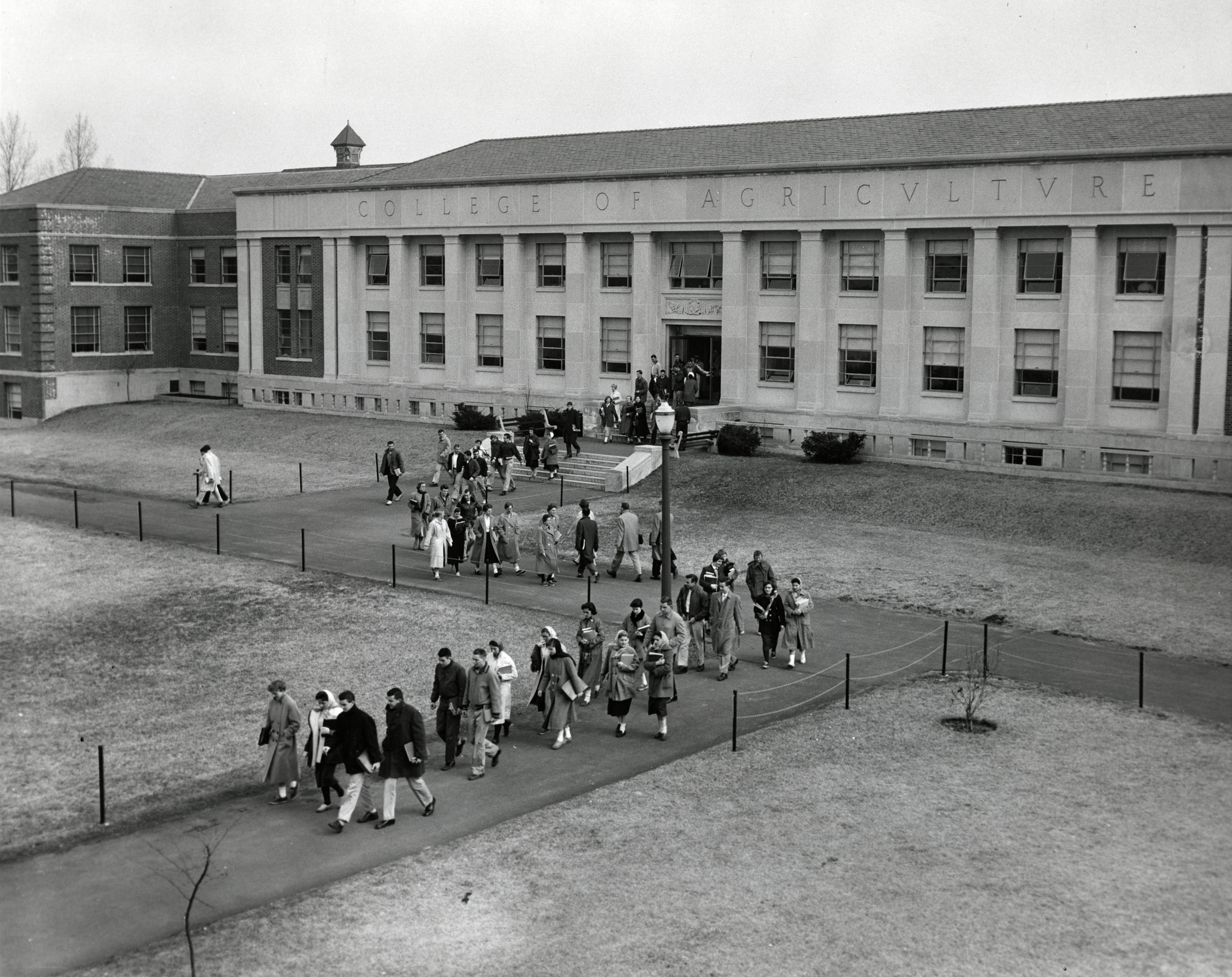 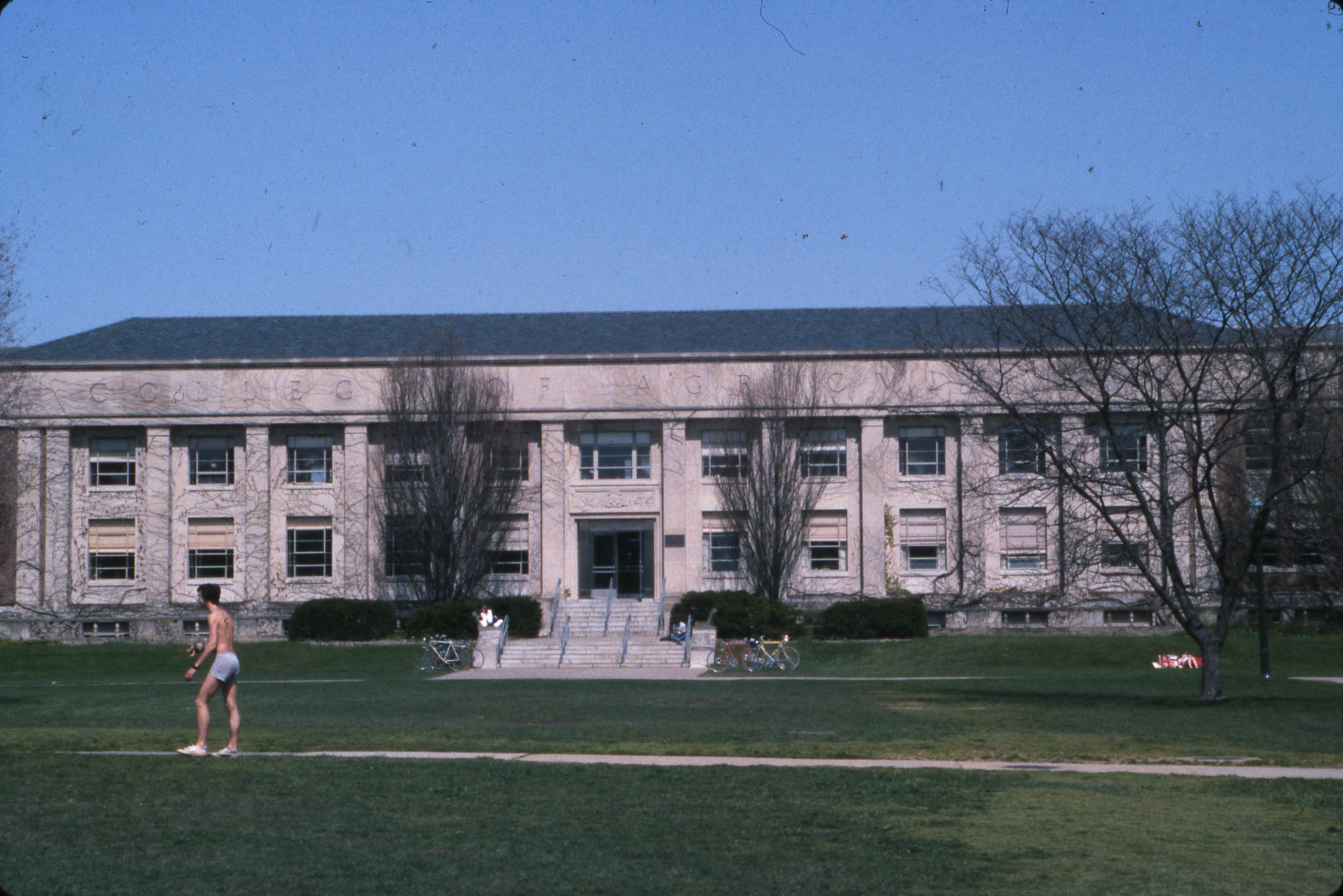 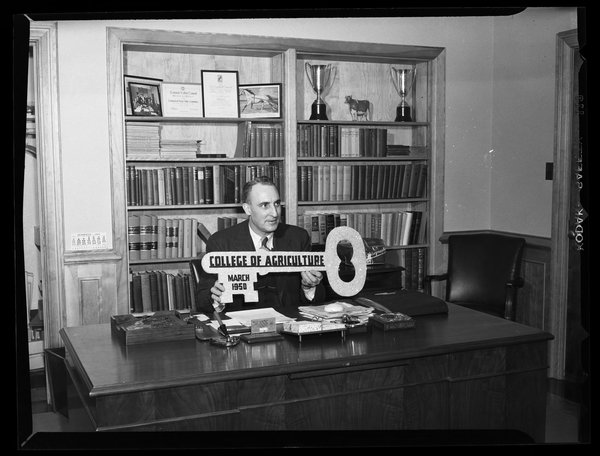 Wilfred B. Young, Dean of the College of Agriculture

Since its founding in 1881, the University of Connecticut has undergone many changes, and the Wilfred B. Young Building perfectly embodies this dynamic history. In the years after World War II, a surging student population spurred a raft of new construction under the tenure of President Albert N. Jorgensen. The building that later became known as the Young Building appeared during this period, officially opening in the fall of 1953.

The building’s namesake, Wilfred B. Young, also played an important role in UConn’s history. Born in Indiana in 1903, Young spent his early life learning agriculture and animal husbandry, as well as working in the famed Chicago stockyards. He came to Connecticut in 1931, recruited by Professor Harry L. Garrigus to teach and conduct research through the Agricultural Experiment Station. He served as Dean of the College of Agriculture and Natural Resources from 1945 to 1966. Young retired in 1966 and died in 1978. The building was named in his honor the following year in recognition of his many contributions to the university.