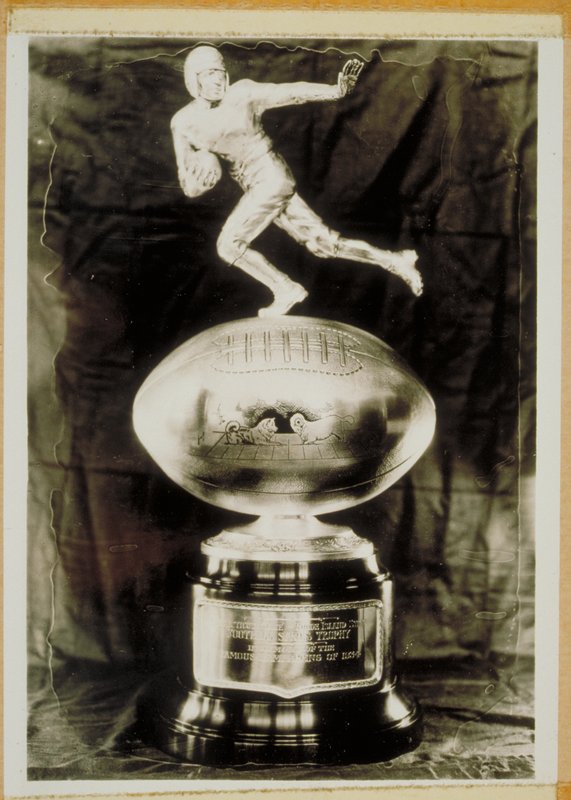 Trophy in memory of the Ramnapping of 1934 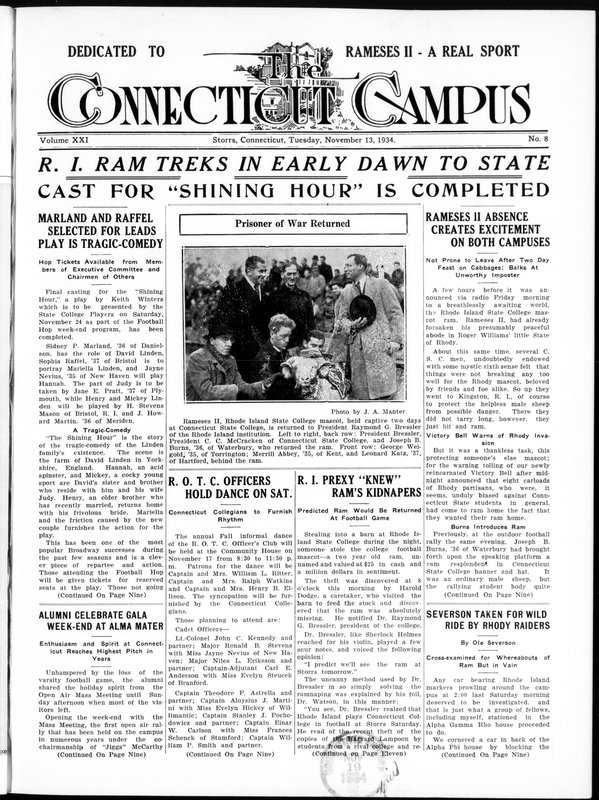 Front page of the November 13, 1934, issue of Connecticut Campus 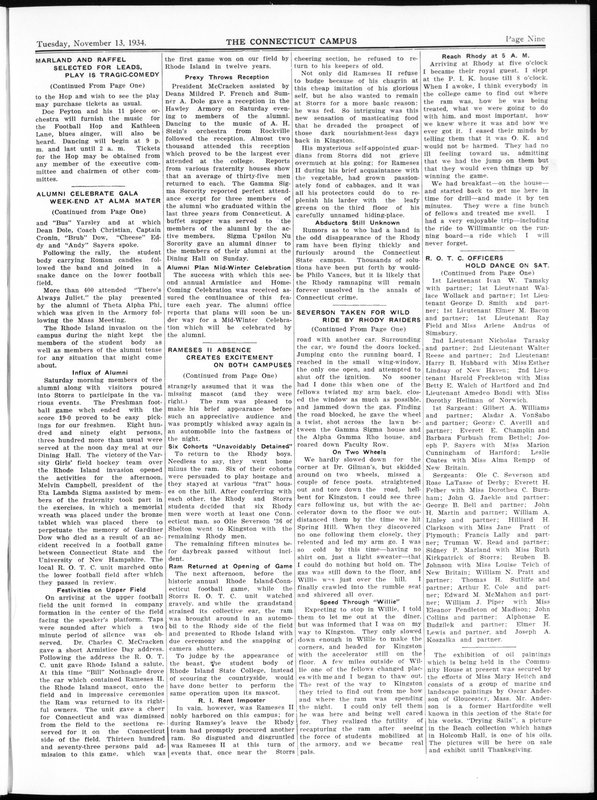 In 1934 the football rivalry between Connecticut State College (as the University of Connecticut was known then) and the Rhode Island State College (now the University of Rhode Island) was white hot. As these two institutions of higher learning looked forward to the showdown of the game in Storrs on November 10, their rivalry was jolted by what is now known as the infamous Ramnapping Incident of 1934.

In the early hours of Friday, November 9, intrepid students of the CSC drove east to Kingston, Rhode Island, stole into one of the campus barns, kidnapped the RISC’s mascot, a two-year old ram with the regal name of Rameses II, and brought him back to the Storrs campus. Rameses was briefly paraded, wearing a Connecticut banner and hat, before the students during a pep rally that evening but was otherwise hidden in various buildings, including fraternity houses. It was said that while Rameses was hosted in Storrs he feasted on oats, alfalfa and cabbages and seemed quite content.

In the early hours before the game on November 10 several carloads of RISC students hightailed it to Storrs, intent upon rescuing their beloved mascot. Connecticut students surrounded their cars and forced them to return to Kingston without the ram.

As it is written in the November 13, 1934, issue of the student newspaper, the Connecticut Campus, before the game commenced “while the grandstand strained its collective ear, the ram was brought around in an automobile to the Rhody side of the field and presented to Rhode Island with due ceremony and the snapping of camera shutters.” The heist failed to help the Connecticut team with their efforts on the field, for Rhode Island won the game 19-0.

Also as written in the student newspaper, “Rumors as to who had a hand in the odd disappearance of the Rhody ram have been flying thickly and furiously around the Connecticut State campus. Thousands of solutions have been put forth by would be Philo Vances, but it is likely that the Rhody ramnaping [sic] will remain forever unsolved in the annals of Connecticut crime.”