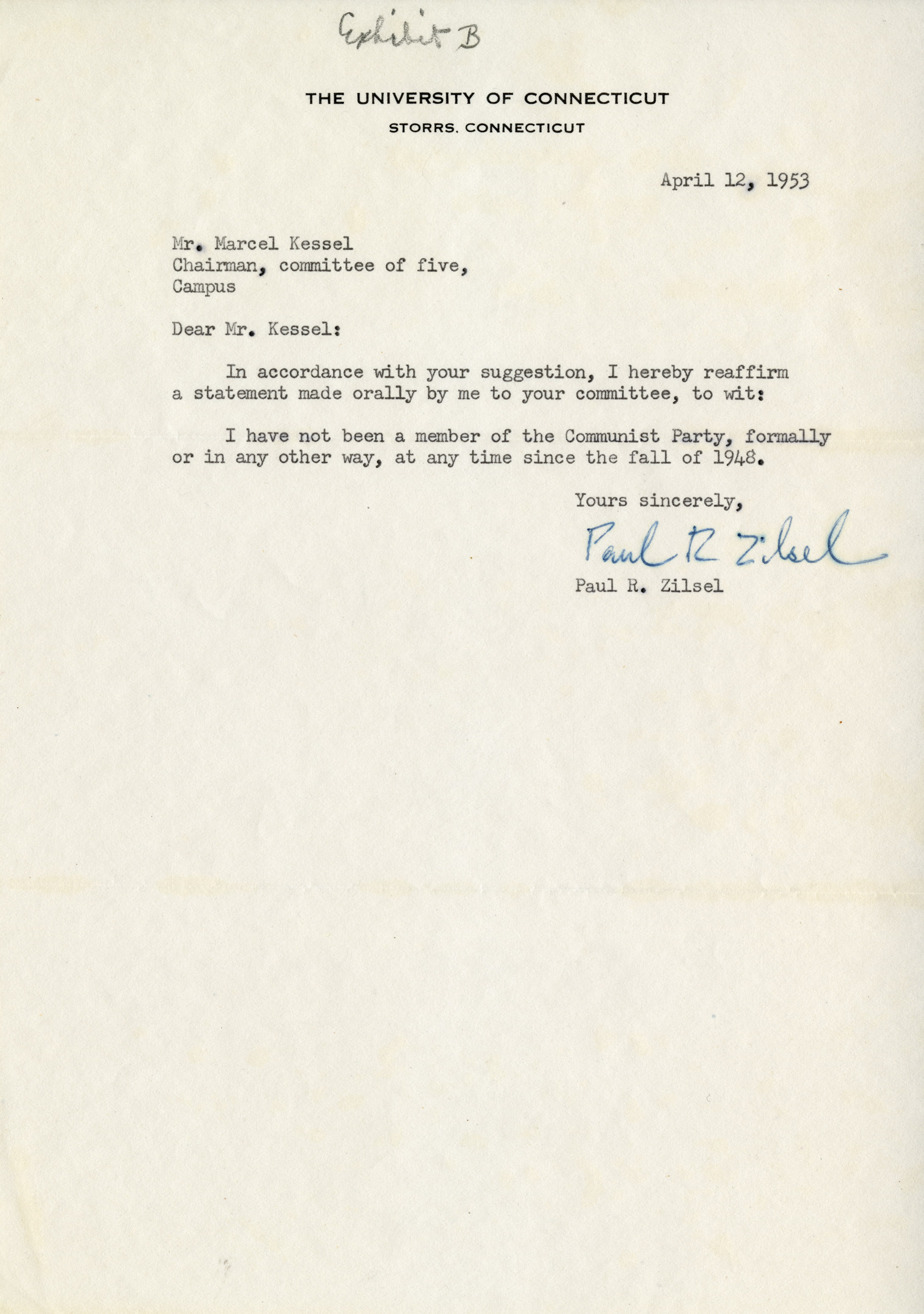 Letter written April 12, 1953, from UConn Professor Paul R. Zilsel, where he affirms that he is not a member of the Communist Party 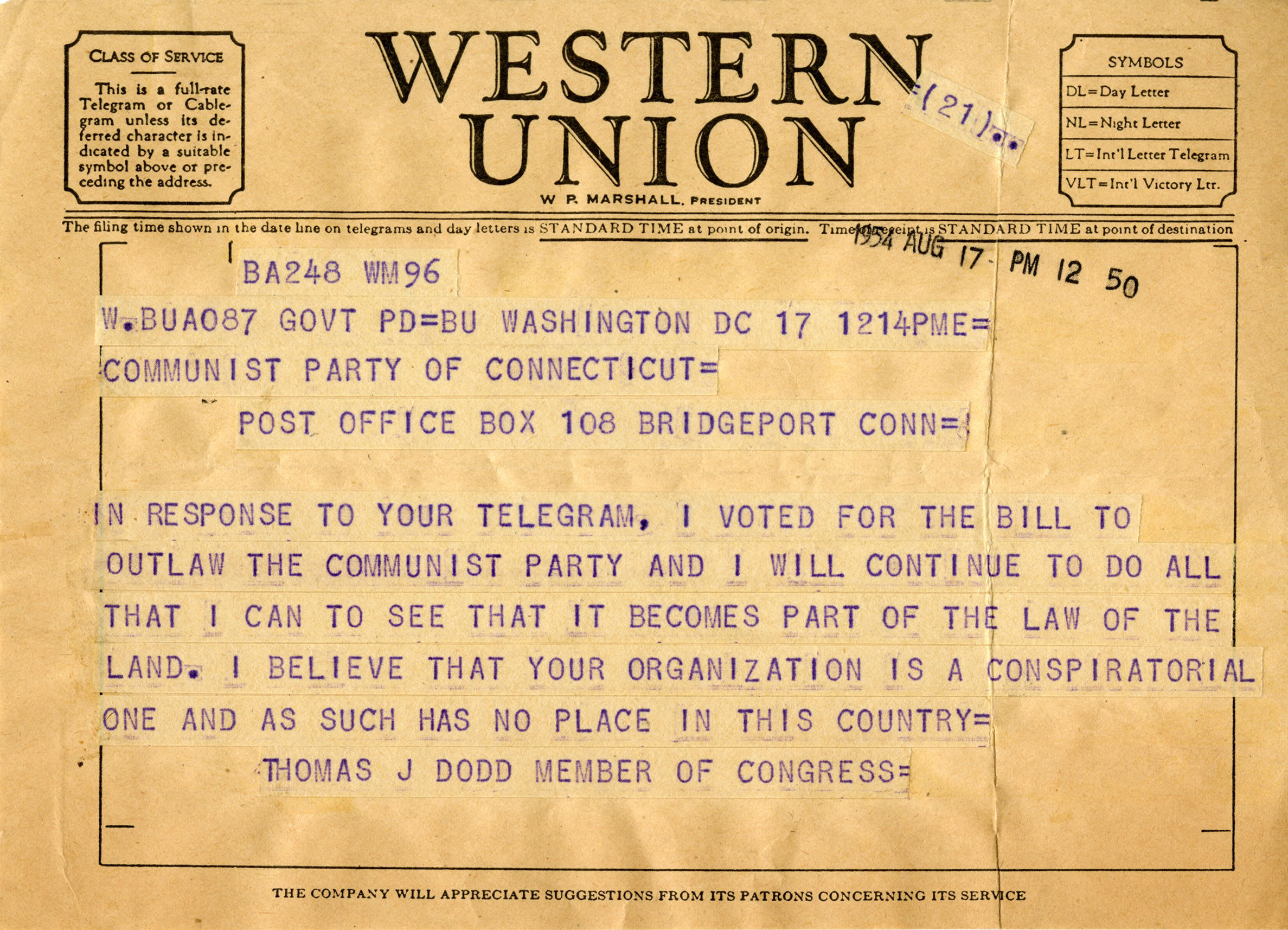 Telegram written August 17, 1954, from Connecticut Senator Thomas J. Dodd to the Communist Party of Connecticut where he affirms that he believes the Party has no place in this country 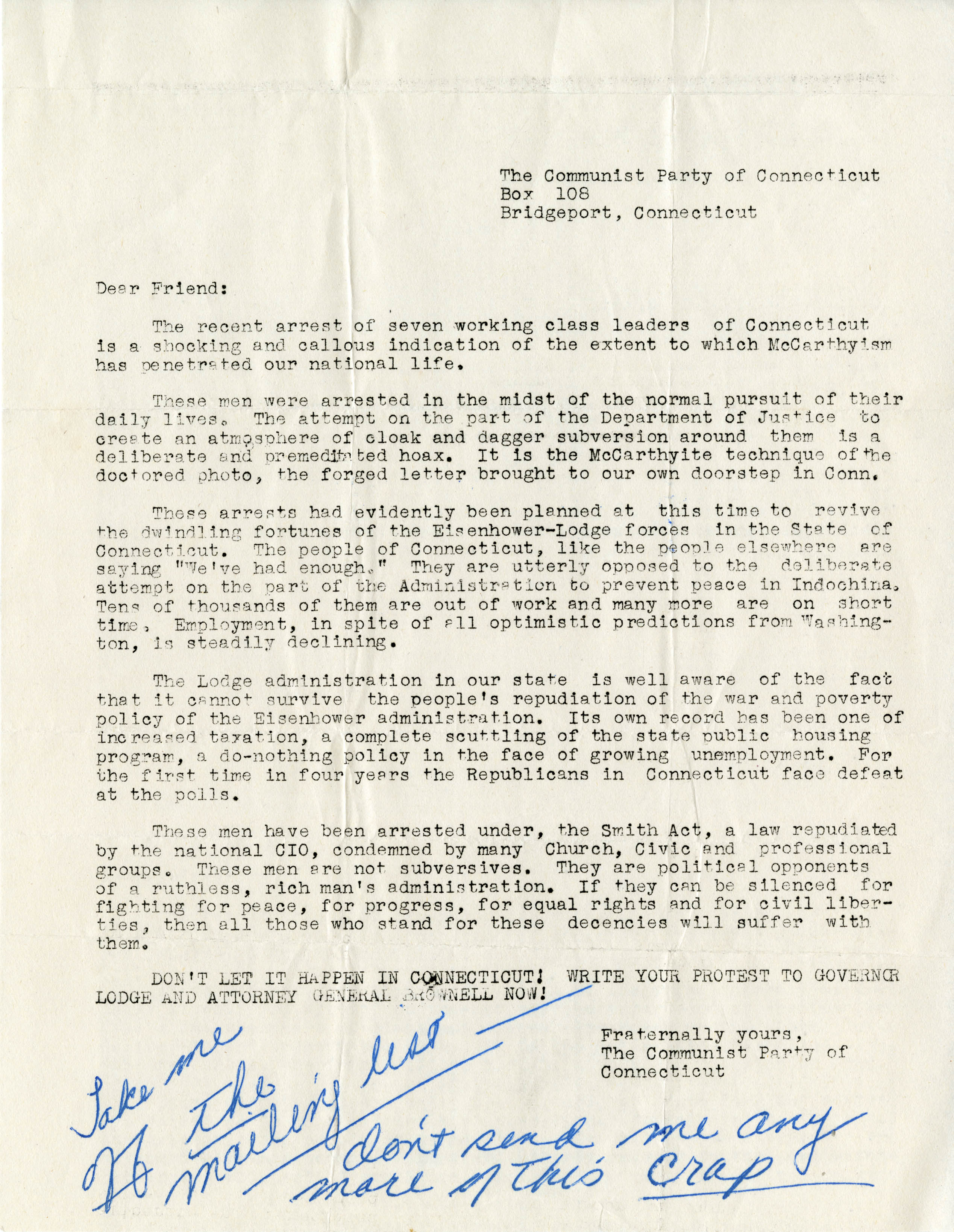 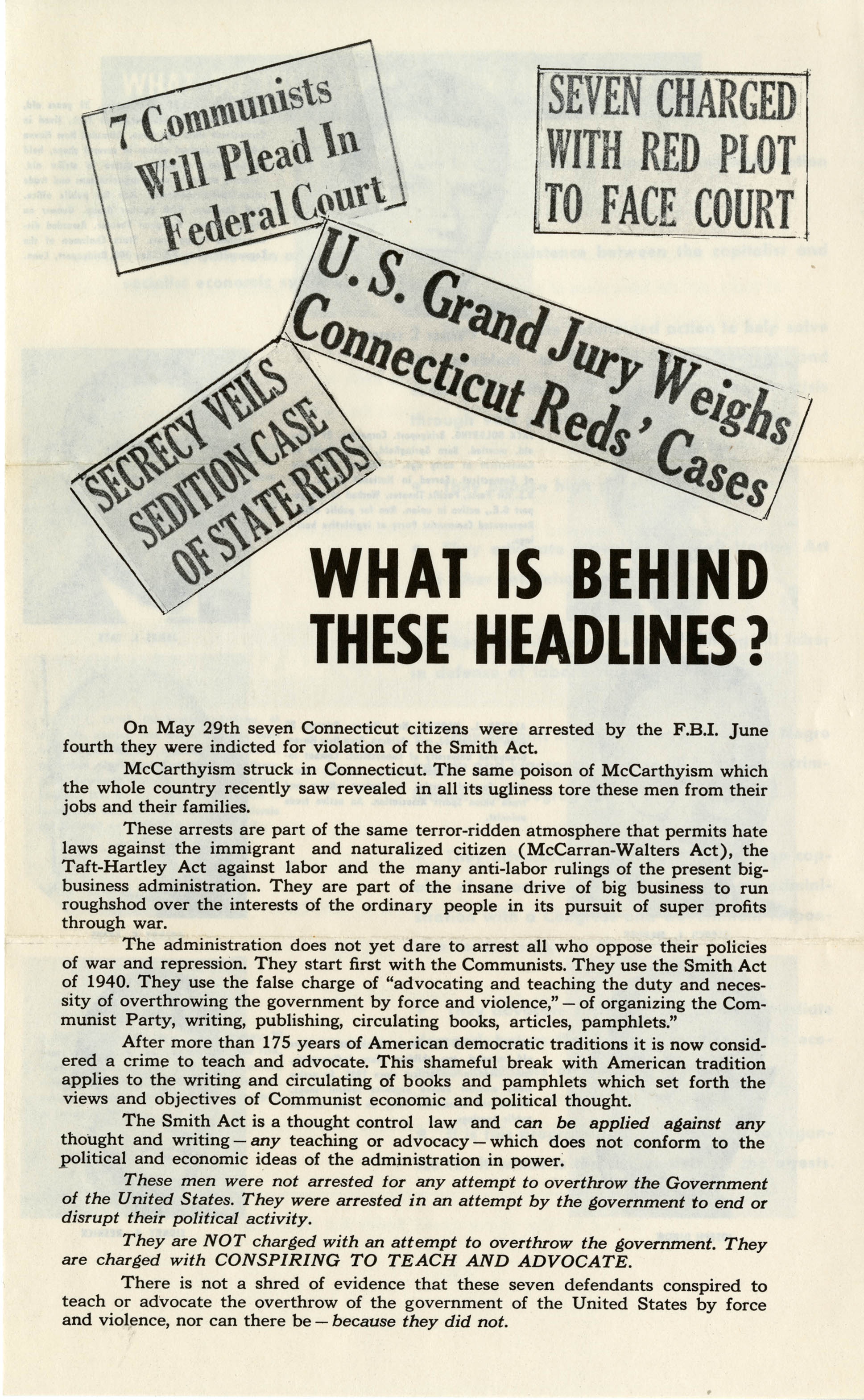 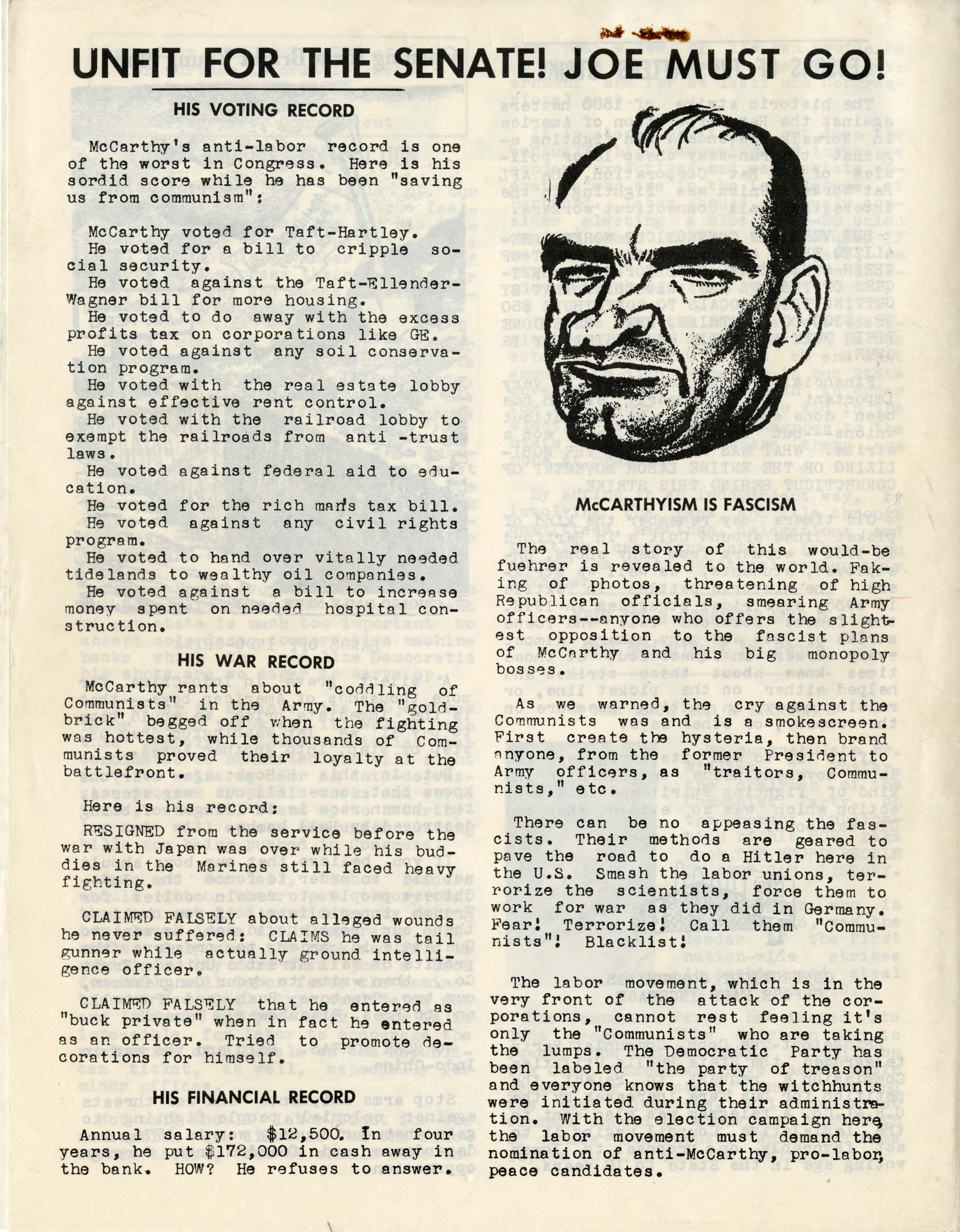 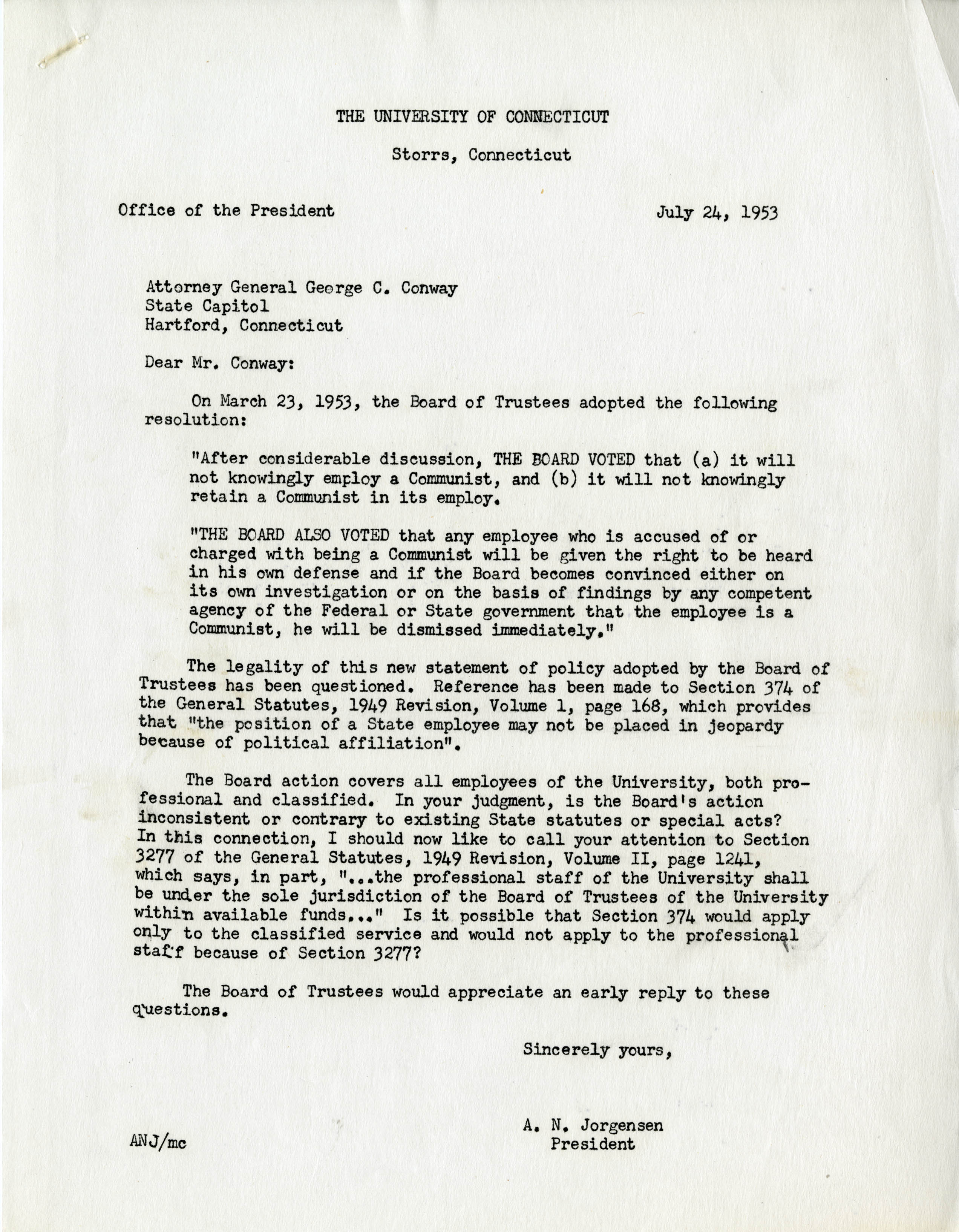 Letter written by UConn President Albert Jorgensen to the Connecticut Attorney General stating that the Board of Trustees voted that any emploee who is accused of or charges with being a Communist will be given the right to be heard in his own defense.

First page of a pamphlet "Communist Infiltration in the United States," 1946 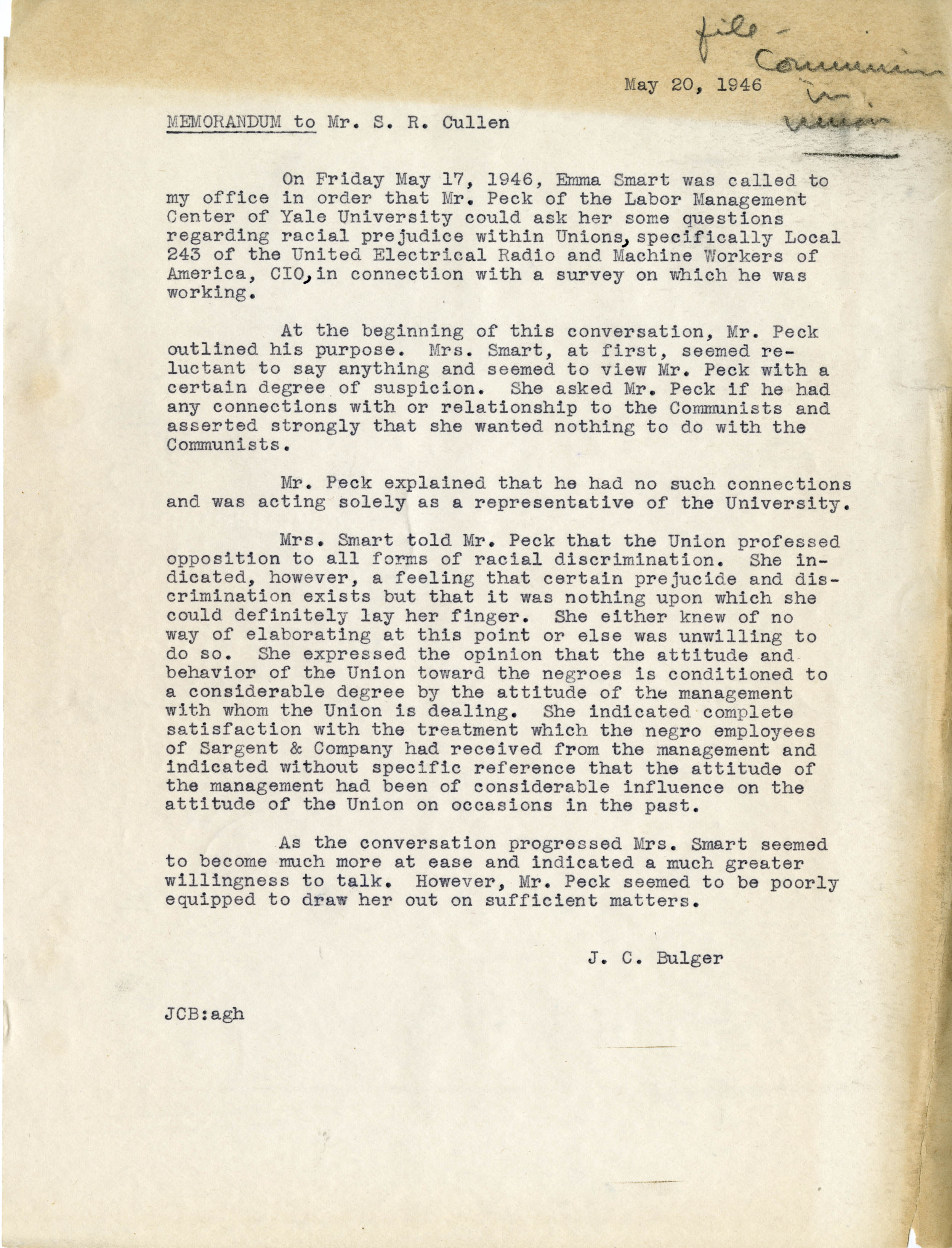 Letter from J.C. Bulger of the Sargent Company in New Haven about asking an employee about racial prejudice in the labor unions

After World War II the United States faced a widespread fear of the rise of Communism referred to as the Red Scare, which generally lasted between the late 1940s to the mid-1950s. Led by Senator Joseph McCarthy of Wisconsin, this fear revolved around the apprehension that Communists would infiltrate and subvert society, academia, the workplace and the federal government. Accusations of subversion and treason were made to thousands of citizens and many lost their jobs or were put on trial for perceived sympathy with Communists or for membership in the Communist Party. Many were prosecuted for violating the Smith Act, whereby penalties were imposed for those who advocated for the overthrow of the government.

Archives & Special Collections has many resources that illustrate the fear and paranoia of this period in history. They include:

The collections also include many contemporary published sources, mostly pamphlets and flyers, from the Alternative Press Collection, about the Red Scare. They include the pamphlet “Why Negroes are Joining the  Communist Party,” from 1946.

We invite you to view these collections in the reading room in Archives & Special Collections if you need resources about the Red Scare, McCarthyism, the Smith Act, or the general climate of the United States in the late 1940s or early 1950s. Our staff is happy to assist you in accessing these and other collections in the archives.