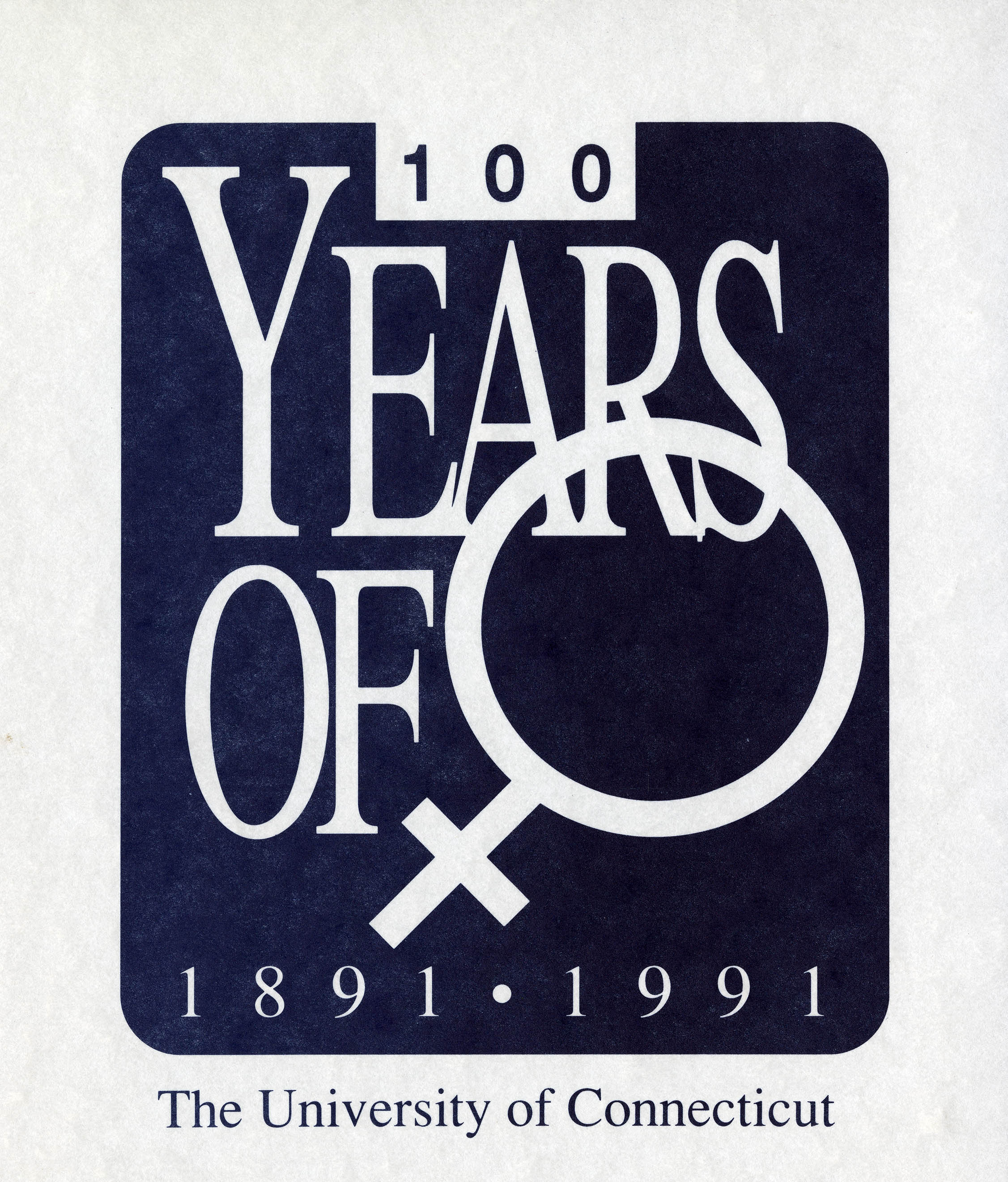 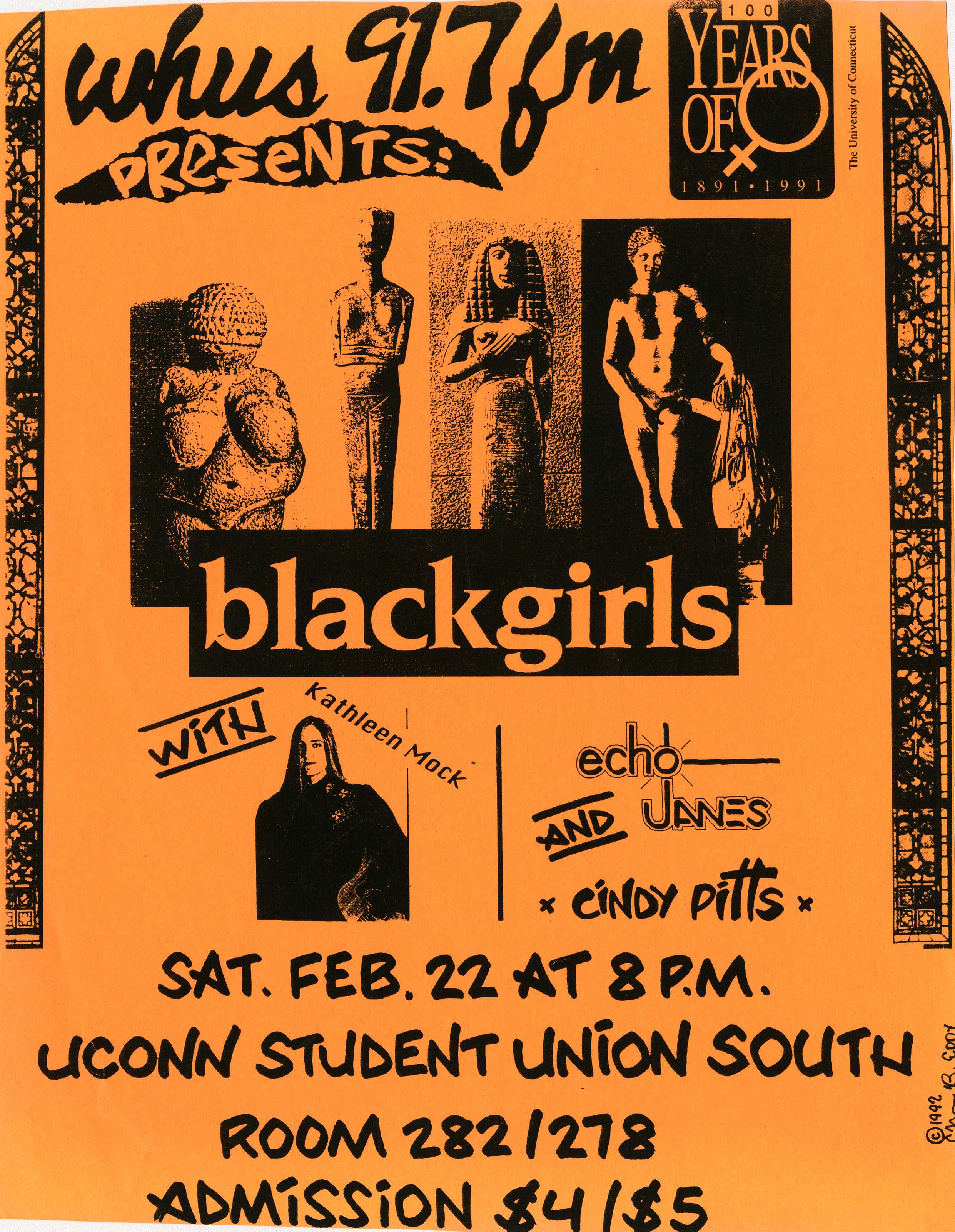 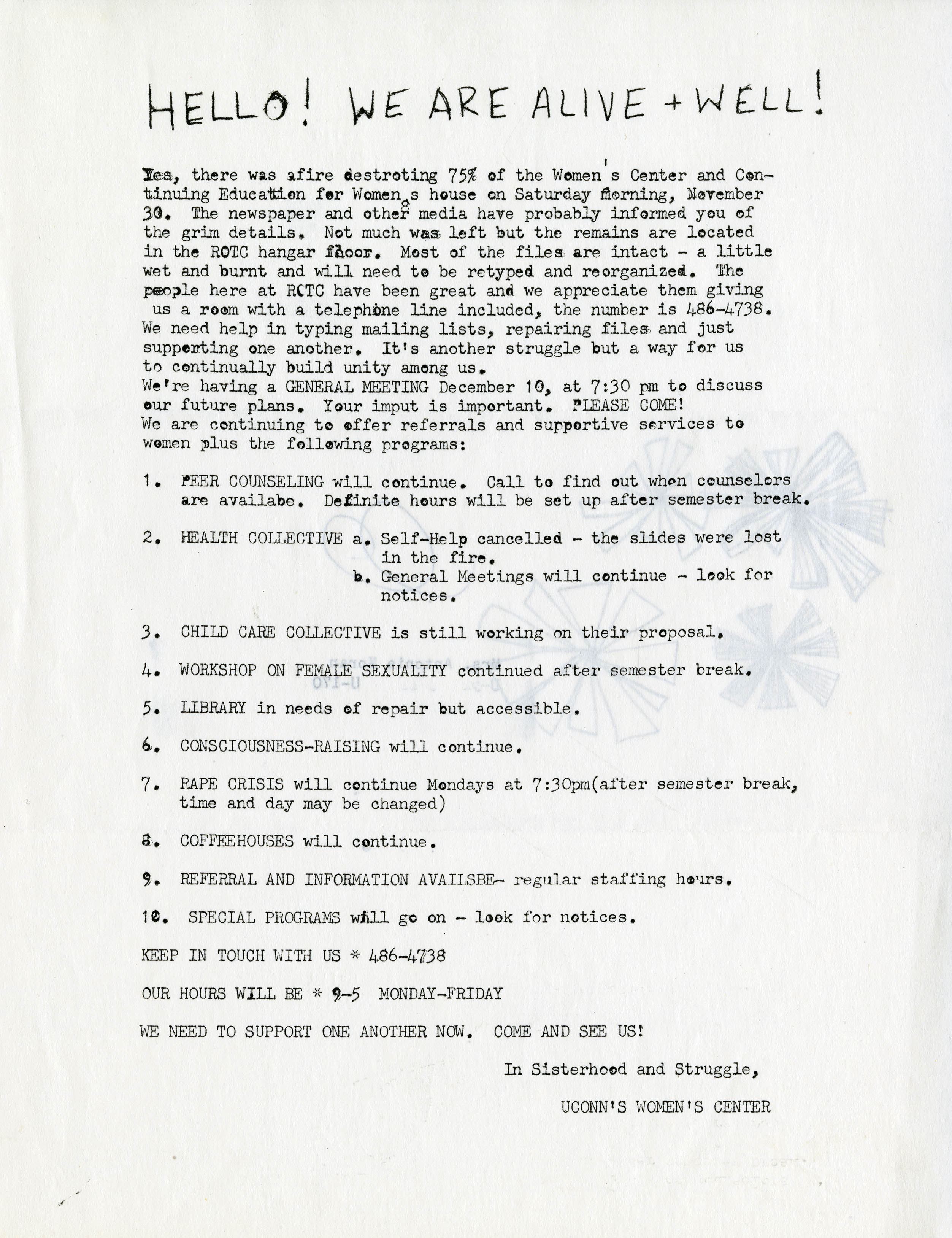 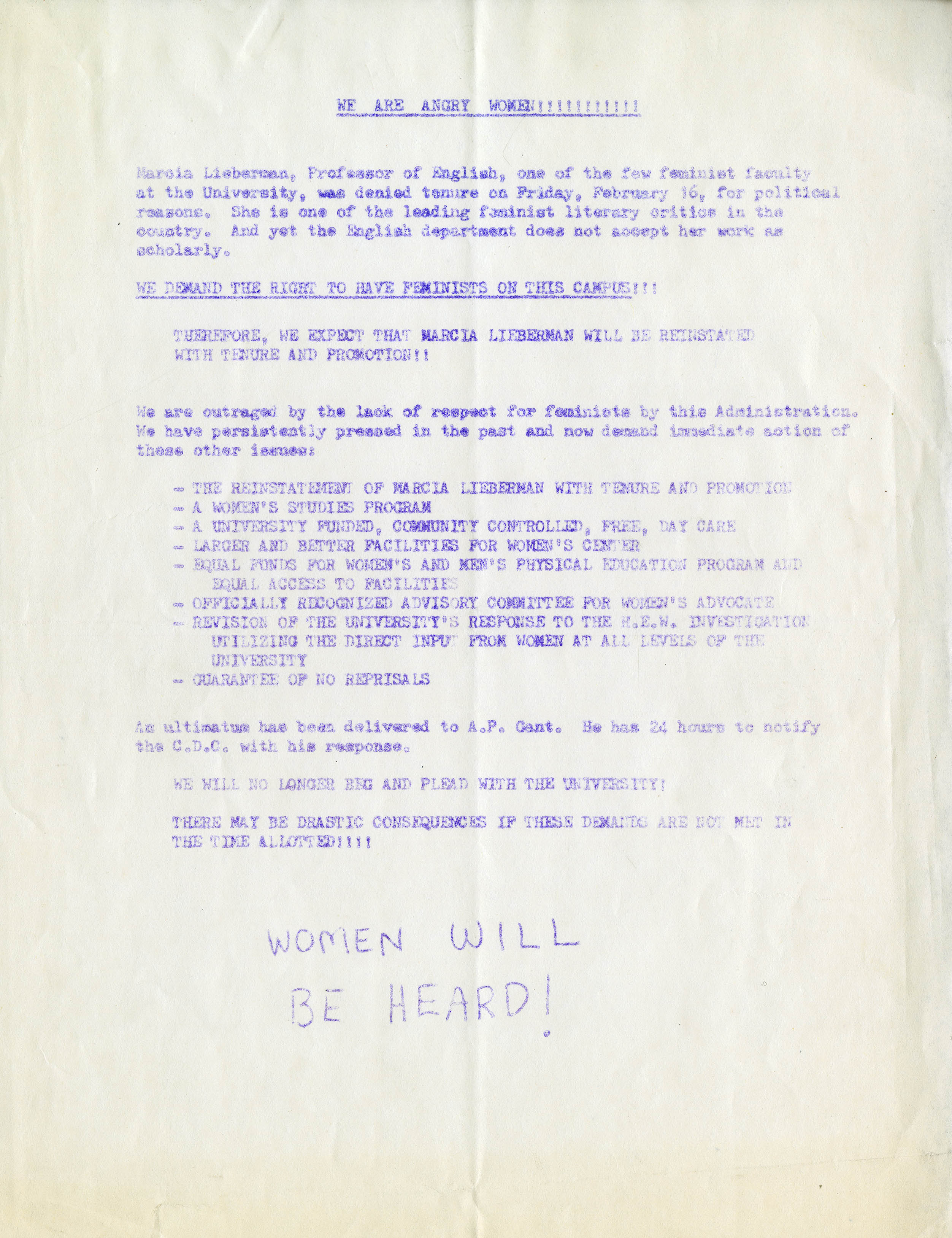 We Are Angry Women!!!!!!!! from the Women's Center Records 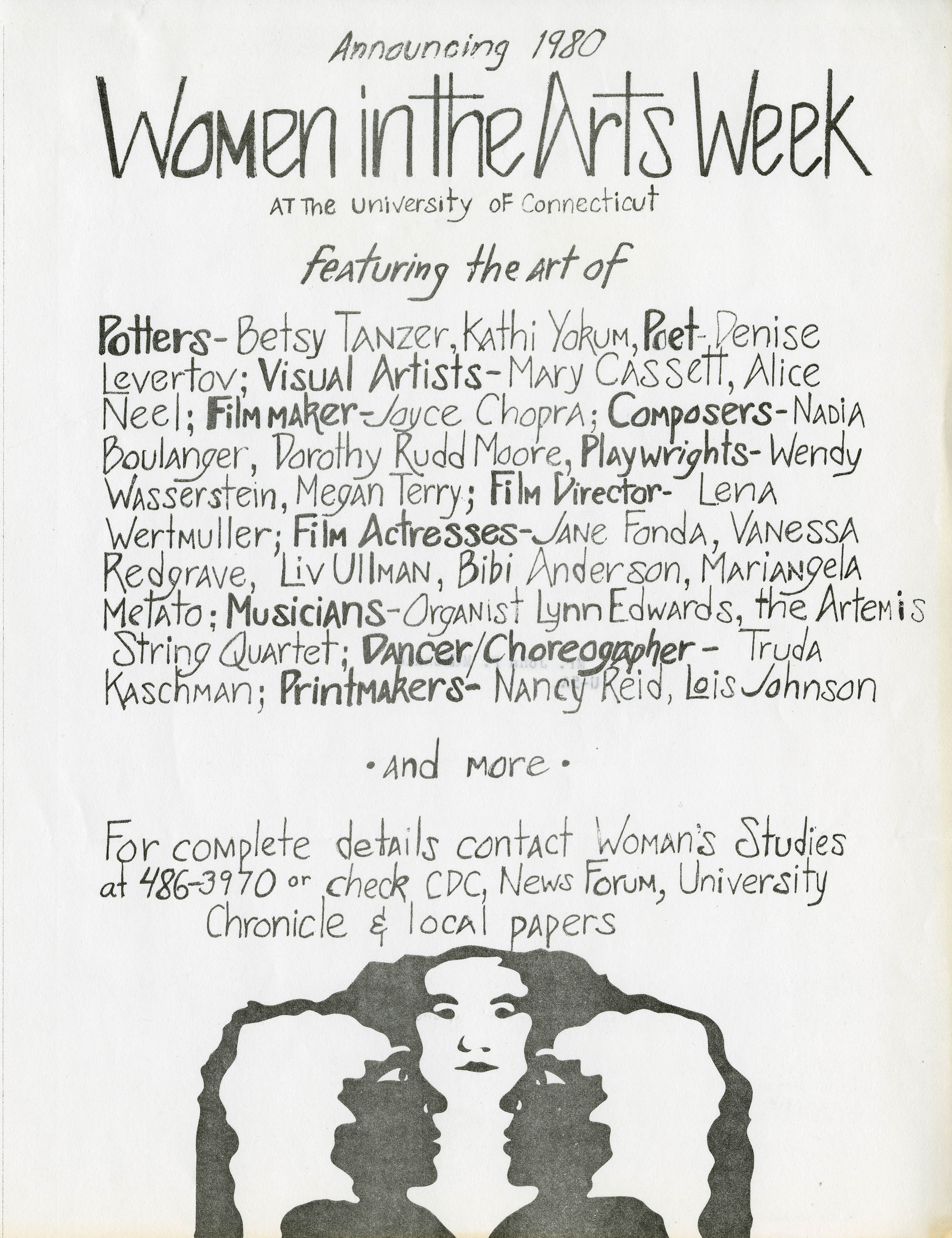 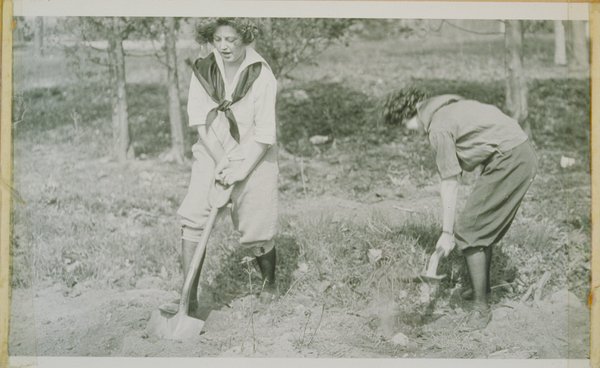 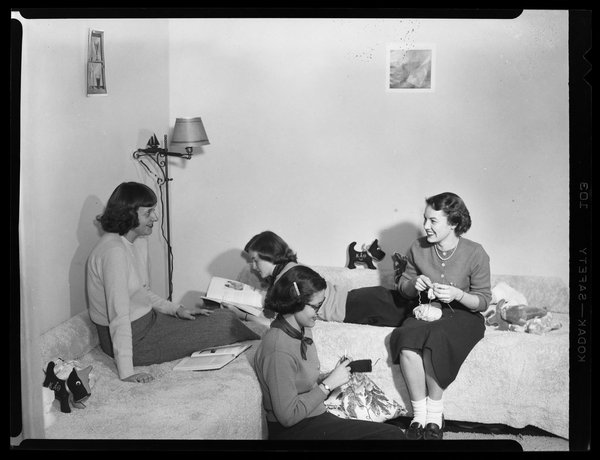 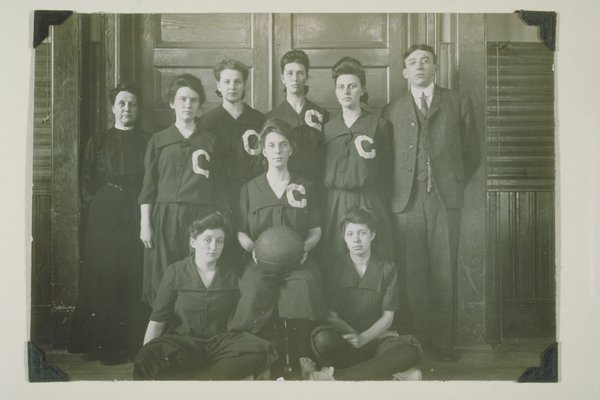 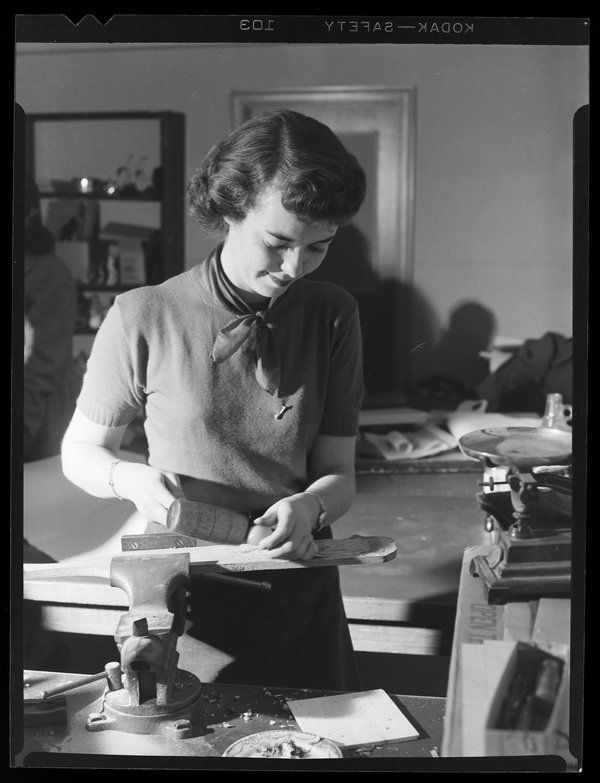 Along with a new name, the college expanded its course offerings, hired new faculty, and admitted new students—most notably, it officially opened its doors to women. Some members of the General Assembly initially tried to bar women from attending, only to be defeated in the end. Even so, it would have been a belated effort. Records indicate that by 1893 about twenty women had already taken classes at the school, either because of the forward-thinking president Benjamin F. Koons or simply because no law existed to discourage them.

Either way, women’s presence at UConn continued to expand in subsequent years. More and more female students attended classes, played on sports teams, and engaged in student activities in and around the campus, while female faculty and staff assumed a greater number of academic and administrative positions. Today, women account for a slight majority of students at UConn, and the evolution from that first twenty students to women’s prominent role on campus today is amply documented by the university archives.

Archives & Special Collections holds a wealth of materials for those interested in exploring the integral role of women at UConn. Among the relevant collections are: