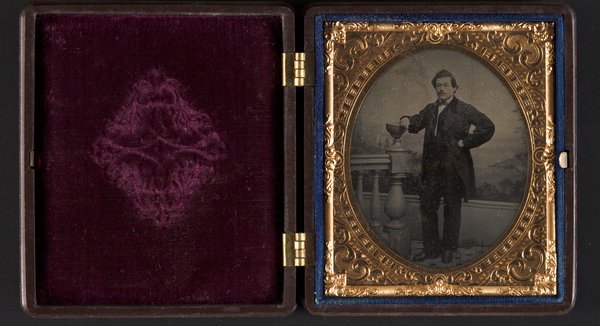 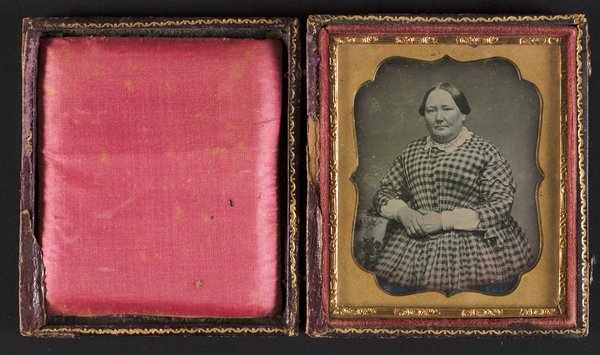 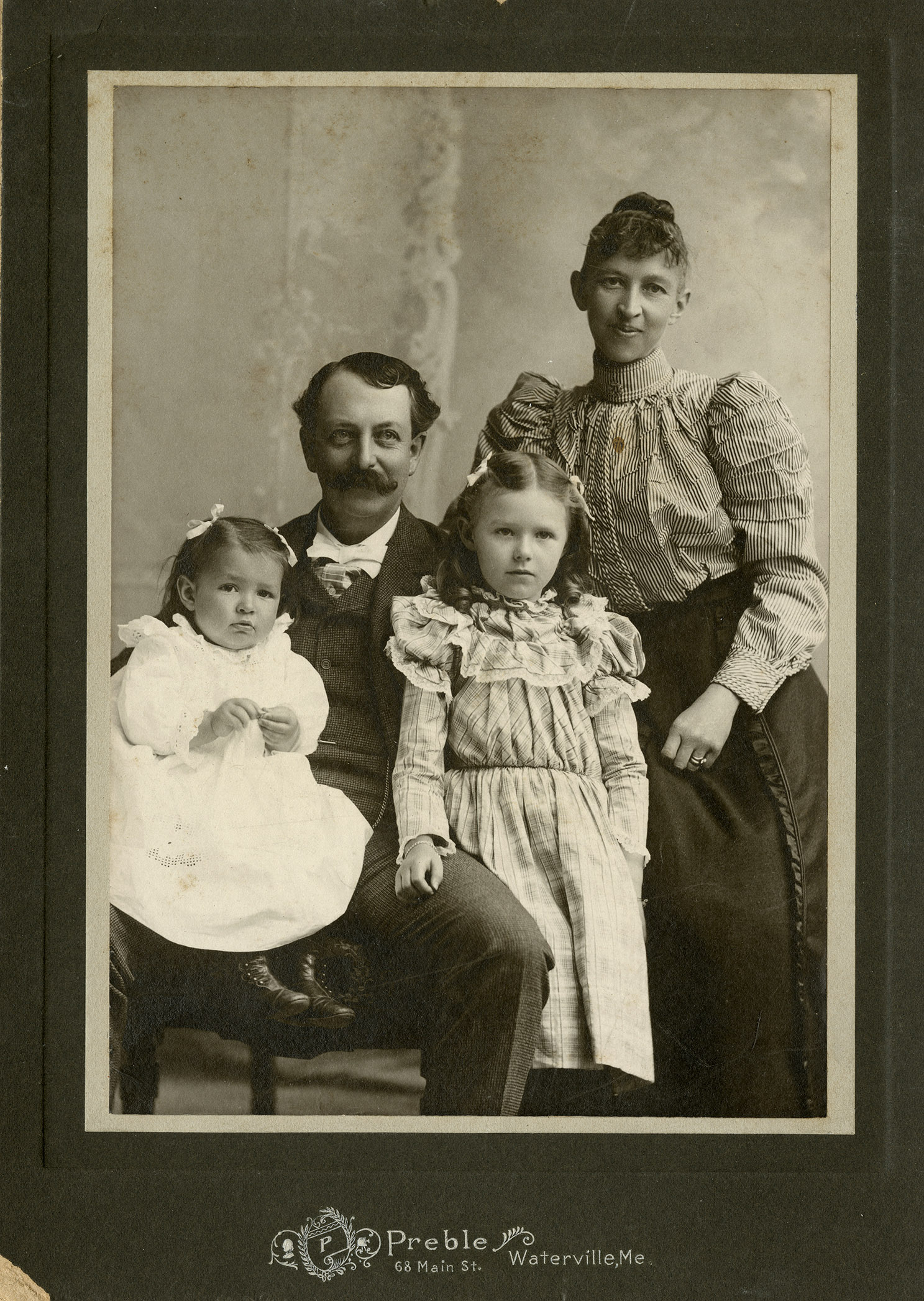 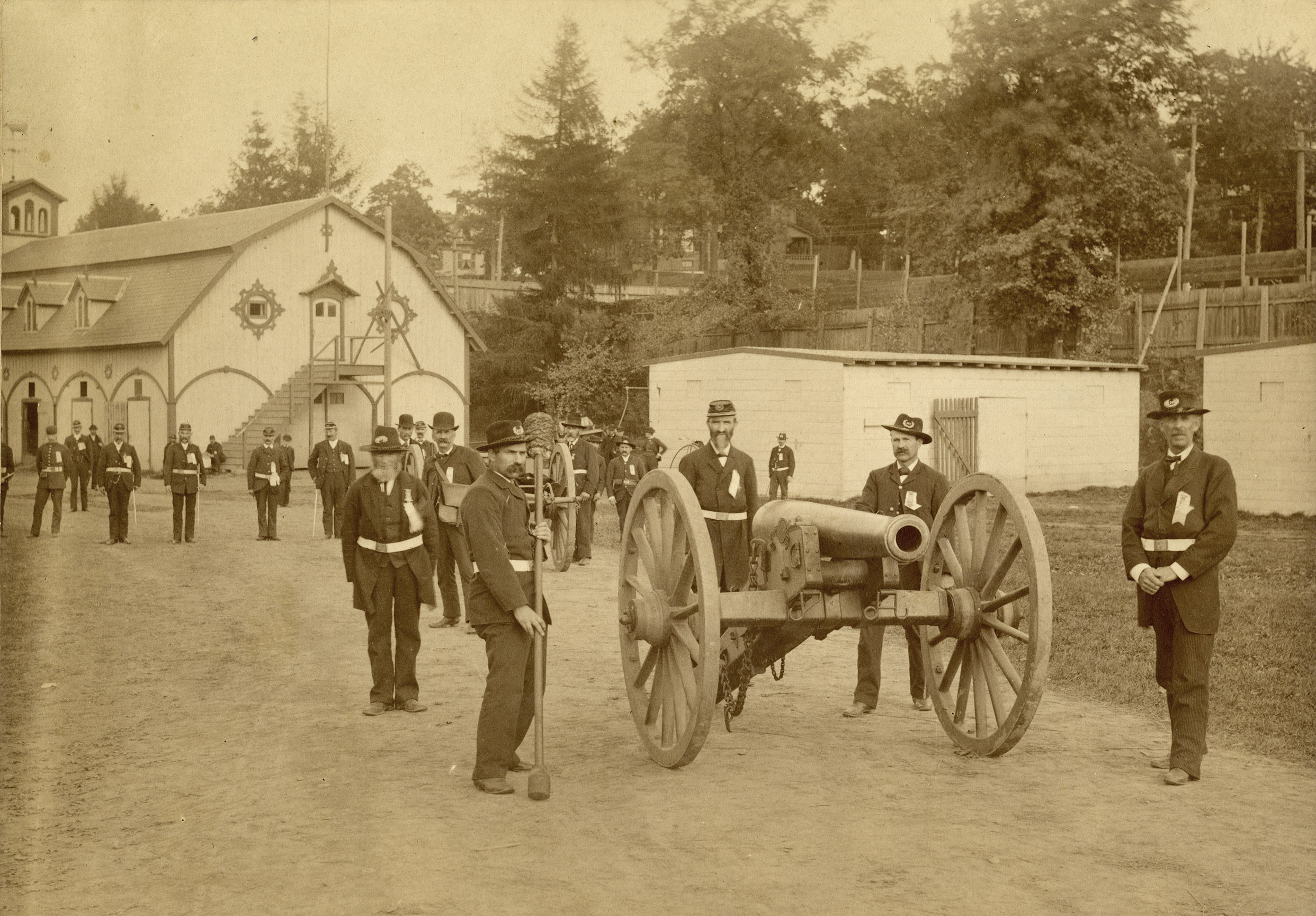 Card-mounted albumen print of a young girl from the art studio of Mrs. W. A. Reed. (Oliver Jensen Papers):

Photography, or the process of recording an image through the manipulation of light on a light-sensitive material, has undergone a significant evolution since the invention of the first complete photographic process in the 1820s by Nicéphore Niépce. Building on Niépce’s work, Louis Jacques Mandé Daguerre created the first photographic process available to the public in 1839. Known as the daguerreotype, it consisted of a detailed image on a sheet of silver-plated copper, and was popular between 1842 and 1856. In order to create an image, the plate was coated in light-sensitive silver iodide, and then placed inside of a camera and exposed to light. After exposure, the plate was developed using heated mercury, which reacted to the iodide and formed an image through the combination of silver mercury. The image was then fixed through a solution of salt. Daguerreotypes were particularly susceptible to damage such as tarnishing, and thus were usually placed behind glass and a metal mat inside of a small case.

The next major photographic process was the ambrotype. First appearing in 1854, the ambrotype was popular from 1855 to 1861. They were made using a collodion process, which involved coating a piece of glass with a layer of iodized collodion, and immersing the glass in a solution of silver nitrate to form silver iodide. While still wet, the plate was exposed to light in the camera, and then developed and fixed immediately. Ambrotypes consisted of an image on the front side of a single plate of glass, with the back of the glass covered with a piece of black paper or cloth, so that the negative appearing image looked positive. Like daguerreotypes, they were delicate and thus were placed in a case under a protective mat and glass.

Derived from the ambrotype was the tintype, which was invented in 1856. The tintype was popular between 1860 and 1870, and it relied on the collodion process like the ambrotype. However, instead of glass, the image was produced on a thin sheet of iron covered by a lacquer or enamel coating. Tintypes were commonly used for portraiture, however they were the first photographic process to capture a wide array of subjects, because they were relatively easy to produce and were inexpensive. Tintypes were commonly displayed in paper envelopes or folding cards.

The carte de visite was the next important development in photography. Appearing 1859, this type of photography was popular between 1860 and 1880, and had a significant impact on consumer photography. This process was particularly attractive to consumers because the materials were less expensive than in other photographic processes, and the image had a more natural appearance than the tintype due to its use of the albumen process of printing. It was also the first photographic process to use a glass negative, which meant that multiple copies of the image could be produced. As a result, people started collecting and sharing photographs on a large scale, and photograph albums started to become popular in the early 1860s. Carte de visite images were developed on a very thin sheet of paper, which was then affixed to a piece of card stock, and were all the same size.

The collections available at Archives & Special Collections allow us to trace the development of photography throughout the nineteenth century: