Written by Shaine Scarminach, a UConn History doctoral candidate, who is currently serving as a Graduate Intern in Archives & Special Collections.

A. C. Dunham, president of the Hartford Electric Light Company

A. C. Dunham had a mind that rarely sat idle. Much to his frustration, the electric works he oversaw often did. As president of the Hartford Electric Light Company, Dunham sought to use every ounce of energy his company generated, and water wheels turning in the bright light of day symbolized for him so much wasted energy. But as America became wired in the late nineteenth century, Dunham exhibited an uncanny ability to find new channels for electrical current to flow down.

Shortly after Thomas Edison’s incandescent light bulb appeared in 1879, a group of New England merchants banded together to invest in the burgeoning electrical industry. On April 12, 1881, the Hartford Electric Light Company (HELCO) received its charter from the Connecticut General Assembly. The first shareholders meeting took place about a year later in February 1882, and the board chose Austin Cornelius Dunham – A.C. as he was known – for president.

The company’s first display of electric light came the following year. On April 7, 1883, HELCO used twenty-one arc lamps to illuminate the Asylum Street train depot in Hartford. The Hartford Courant reported that “hundreds of people gathered at the depot during the evening and the comments were universally favorable.” From then on, HELCO would flourish as a leading producer and distributor of electricity in Hartford and the surrounding area.

Despite intense competition and the rapid pace of change, HELCO stayed at the forefront of the electrical industry. By 1896, the company could already claim several firsts. According to company records, HELCO was the first to use batteries to store excess electricity, the first to run cables through underground ducts, and the first to use forced cooling for transformer oil. 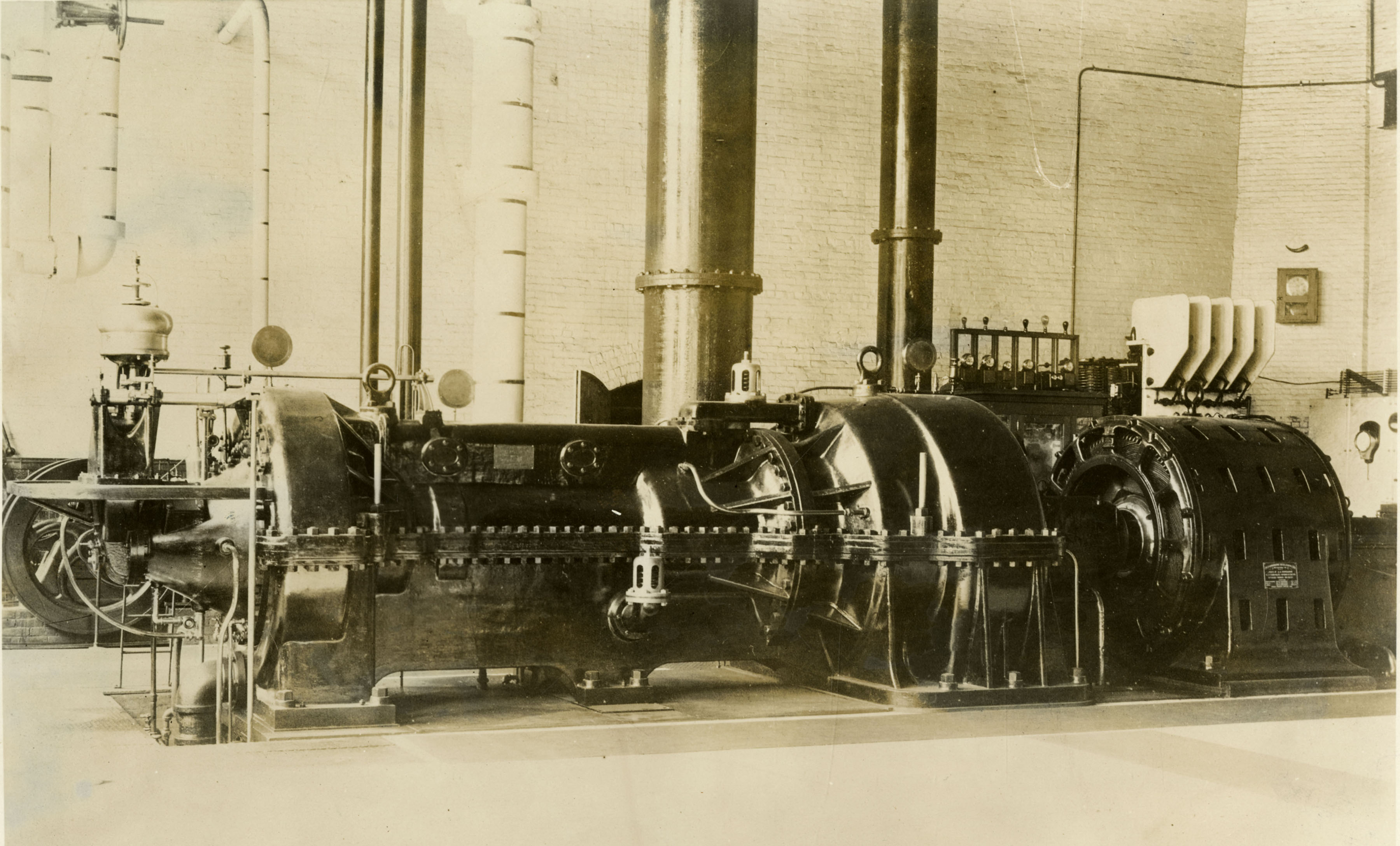 Most famously, HELCO was the first company to generate electricity using a steam turbine. In 1900, the company purchased a new 100-ton steam turbine designed in England to replace part of their hydraulic system. The mammoth machine arrived at the company’s Pearl Street power station in January 1901 and was soon nicknamed “Mary Ann” by a HELCO employee. By April, it was pumping out 1,500 kilowatt-hours of energy.

The company’s early success did not slow its restless president. Dunham was convinced that electricity in the home would open a vast new market for the industry. In 1902, he convinced HELCO to hire an outside contractor to begin wiring homes for electric light. The company also began selling electric refrigerators around this time. Still, HELCO faced an uphill battle as few Americans used electricity for anything other than lighting in this period. Dunham set out to change this.

In a makeshift workshop on the company’s Pearl Street property, Dunham dreamed up one invention after another. He had a particular interest in using electricity for cooking. In 1906, he hired Rose M. Greene, a student at Hartford High School, to serve as test cook. One early success involved using a light bulb in an insulated pail to cook beans. 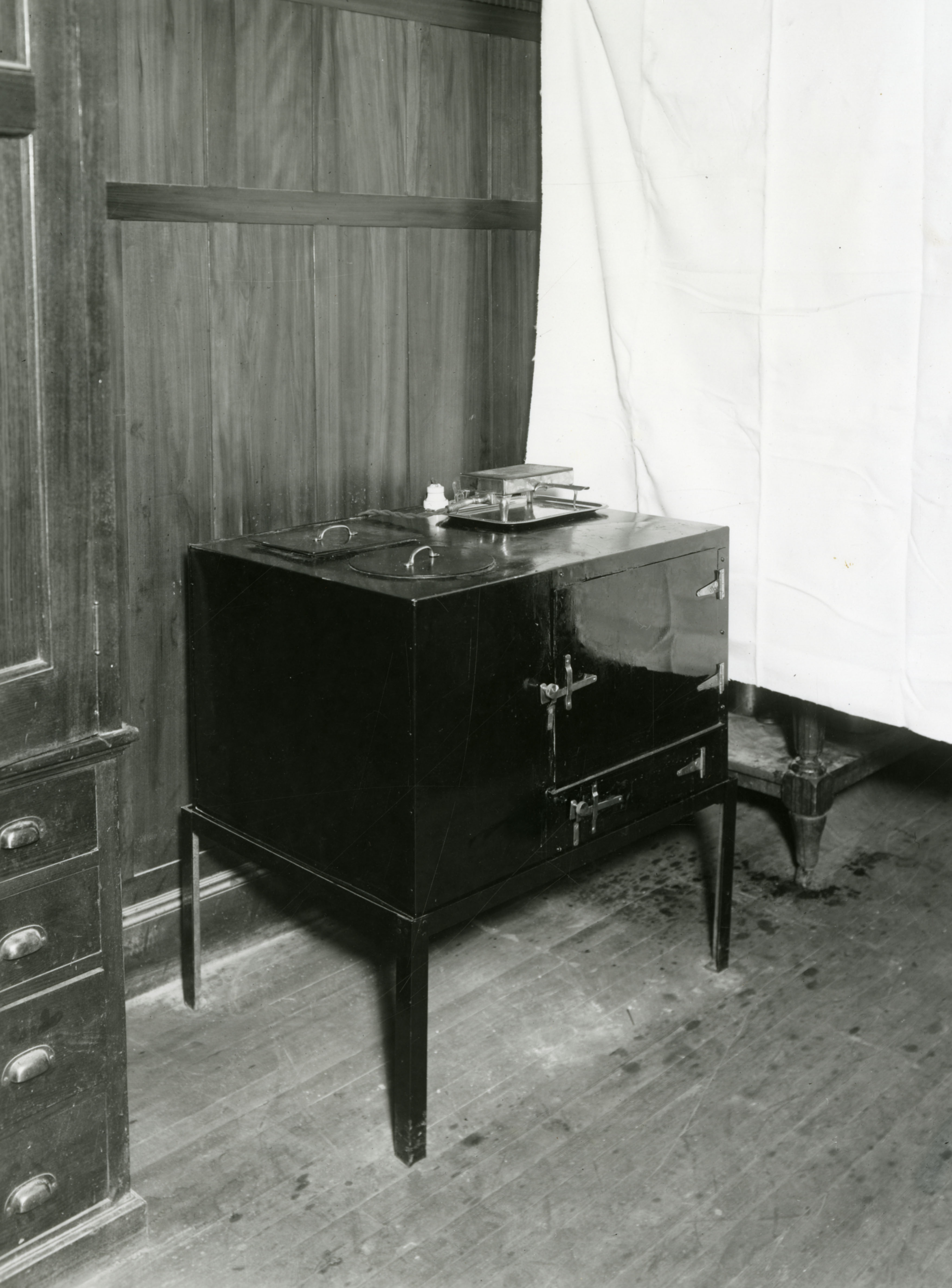 But Dunham’s real interest was in perfecting the electric oven. In 1908, he converted a vacant church into a model apartment equipped with electric lights, an experimental range, and other electric appliances he hoped to popularize. He invited employees and other local businessmen to taste the food Greene cooked on the new appliances. Employees reportedly never missed a chance to dine in the model kitchen.

As with any kind of innovation, the experiments sometimes faced setbacks. In one instance, HELCO employee Ralph D. Cutler came up with the idea to improve insulation by lining a test oven with cork. Since ovens took about four days to heat up at the time, Cutler started the oven before he left work for the day. Four hours later, he got a call notifying him that the oven had caught fire. Despite the accident, his idea had succeeded in speeding up the heating process. 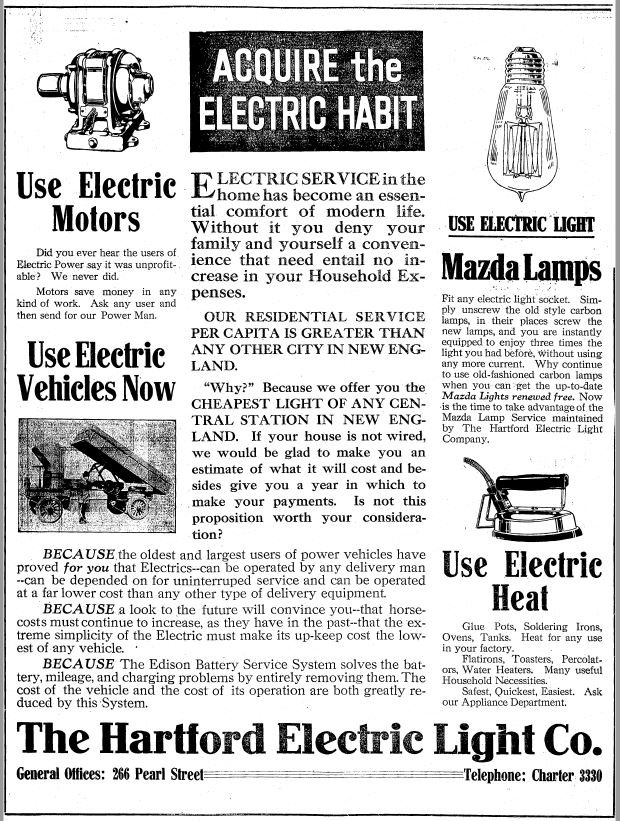 Dunham retired as president of HELCO in 1912 after leading the company for thirty years. His persistence had helped the company continually grow, and his promotion of home appliances would prove prescient as the consumer revolution took off in the 1920s. After leaving the company, he moved to St. Petersburg, Florida, where he died in 1918.

Here’s the deal about the man with the fish.

This gentleman is identified on the photograph as Walter Atkin who presumably worked at the Tariffville Dam hydroelectric station on the Farmington River in Simsbury, Connecticut.  The date of the photograph is 1948.  This photograph is from the Hartford Electric Light Company Records, a collection of business records of this company that we have here at the Dodd Research Center.

The collection has these photos of Mr. Atkin fishing directly from a window in the power station, something I personally think is hilarious.  I wonder if his employers were aware that he was spending his time in this manner while on the job.  Hmmm…I wonder if my supervisors would approve my fishing in Mirror Lake during work time.

Hey, it worked for Walter…