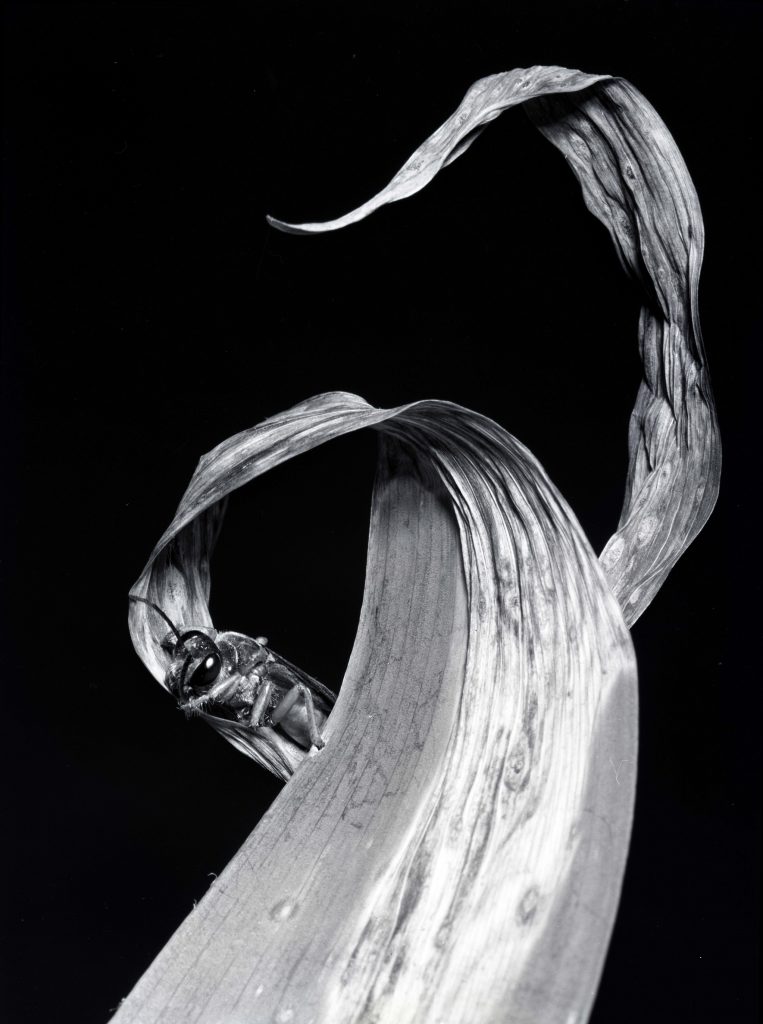 Photographs of nature may be many things. Some may be primarily artistic; some may be primarily scientific. In their simplest, most matter-of-fact forms, they are merely “catalogue” pictures of objects or creatures. The best nature photography, however, records both the object and the setting. It arrests, in its normal surroundings, some form of life, portraying it in a characteristic moment of its existence. Such pictures possess emotional as well as intellectual impact [and] carry us on an adventure of discovery. …

During his sixty-year career as an author and naturalist that began around 1930 with regular submissions to Popular Science magazine, Edwin Way Teale produced over fifty thousand pictures documenting his travels, nature observations, and personal discoveries. A self-taught (and self-financed) photographer, Teale worked with the utmost economy — careful in framing his shots, utilizing consumer-grade cameras and equipment, writing letters seeking advice from other photographers, and processing prints in his household dark room. By 1966, when Teale was awarded the Pulitzer Prize in General Nonfiction, and nearly a million copies of Teale’s books had been sold, the artistic value of his photographs was recognized throughout the world.

For his book Photographs of American Nature, published when the Connecticut-based author was 73 years of age, Teale hoped to showcase the “strange and beautiful” creatures he had encountered in his lifetime. Teale selected two hundred and eighty-nine pictures from his archive of photographs to be included in the book. Half of those pictures selected appeared in print for the first time. As Teale’s choice of images for Photographs of American Nature reveal, depicting the beauty and fragility of the natural world is simple and “matter-of-fact.” Ultimately, the best nature photographs are ordinary and spontaneous, a consequence of our human instincts not only to observe the world around us, but to recognize and to bear witness.

Exhibition is free and open to the public Monday through Friday 9:00am to 5:00pm
Presented by: Archives & Special Collections, UConn Library