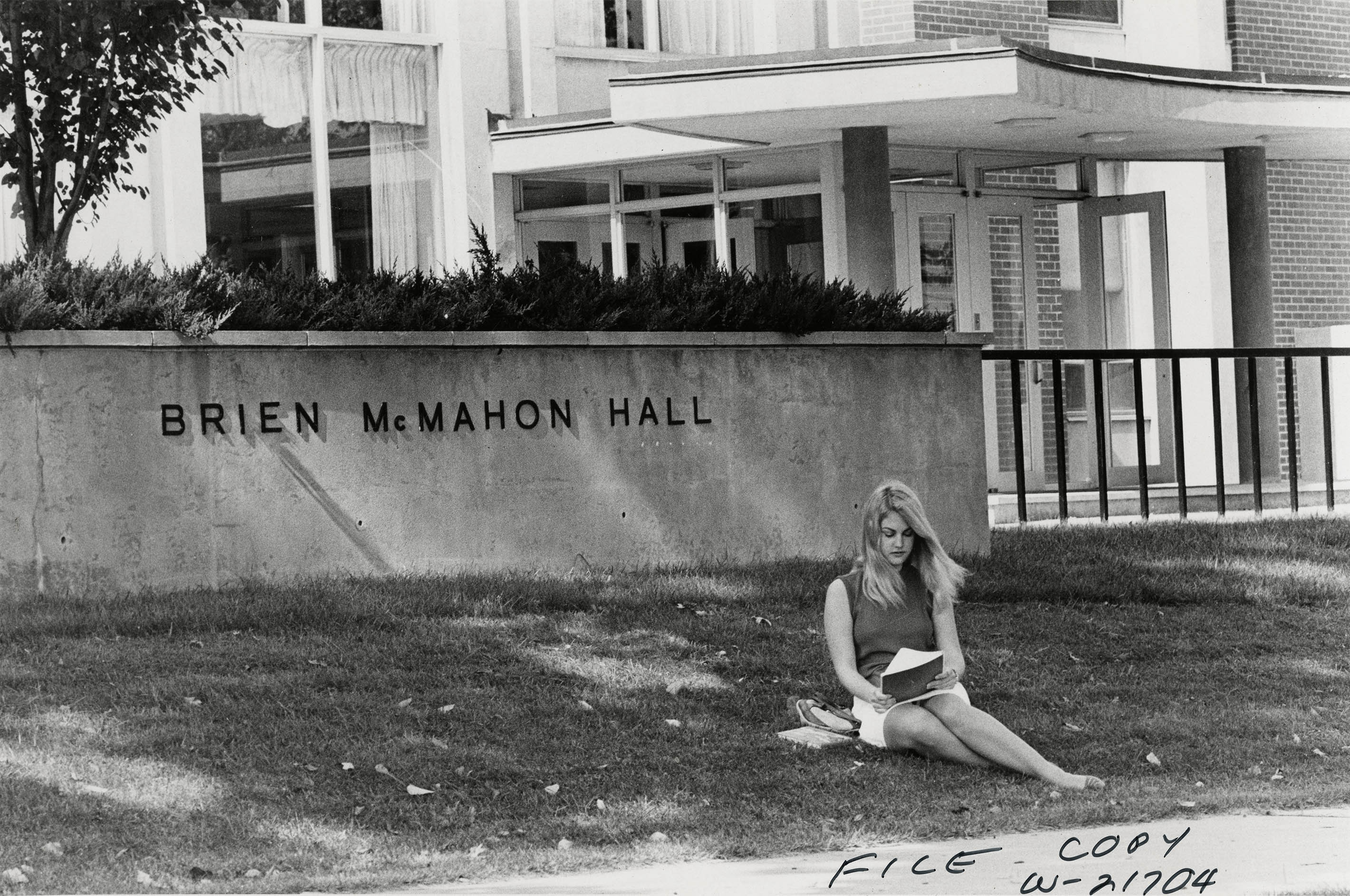 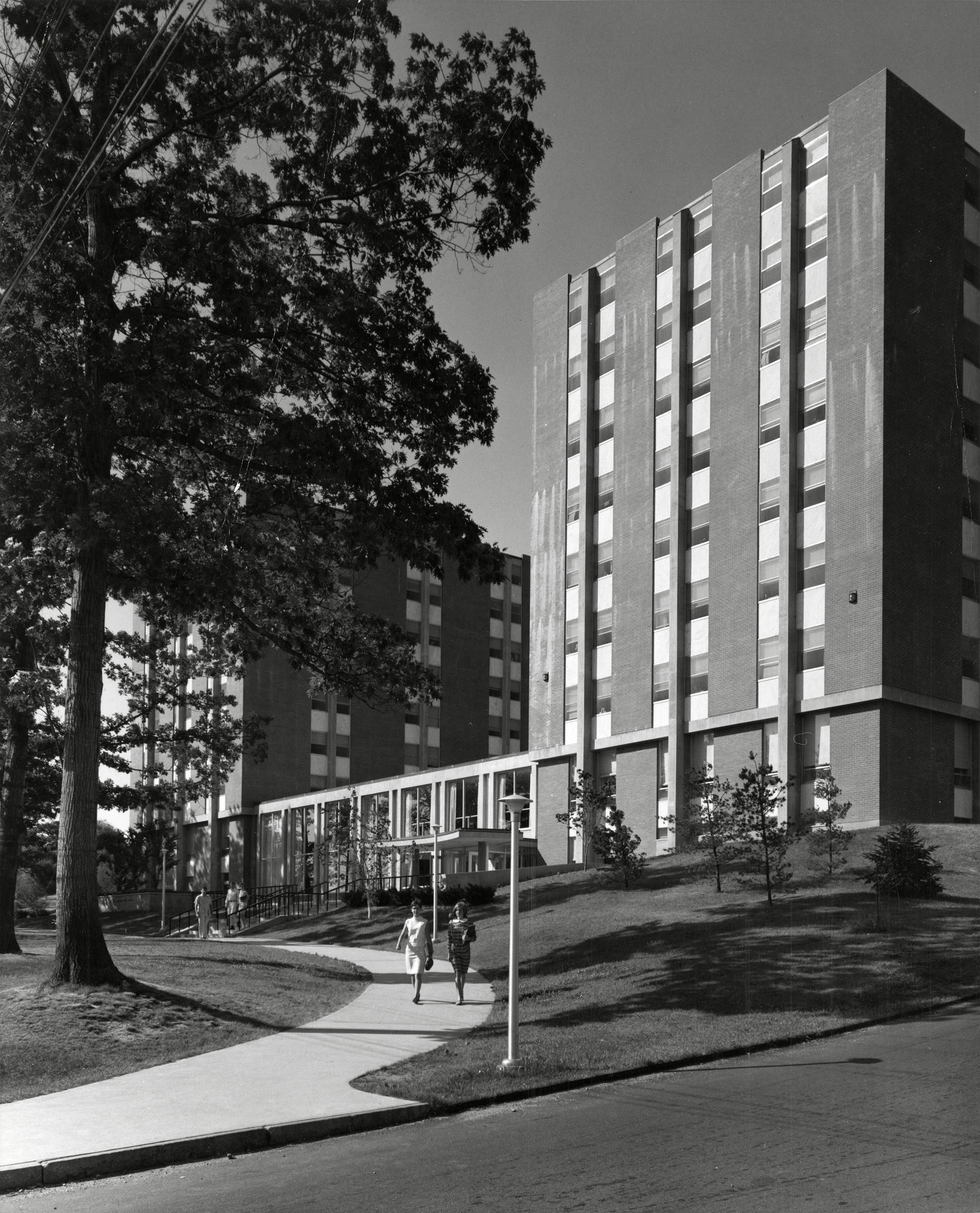 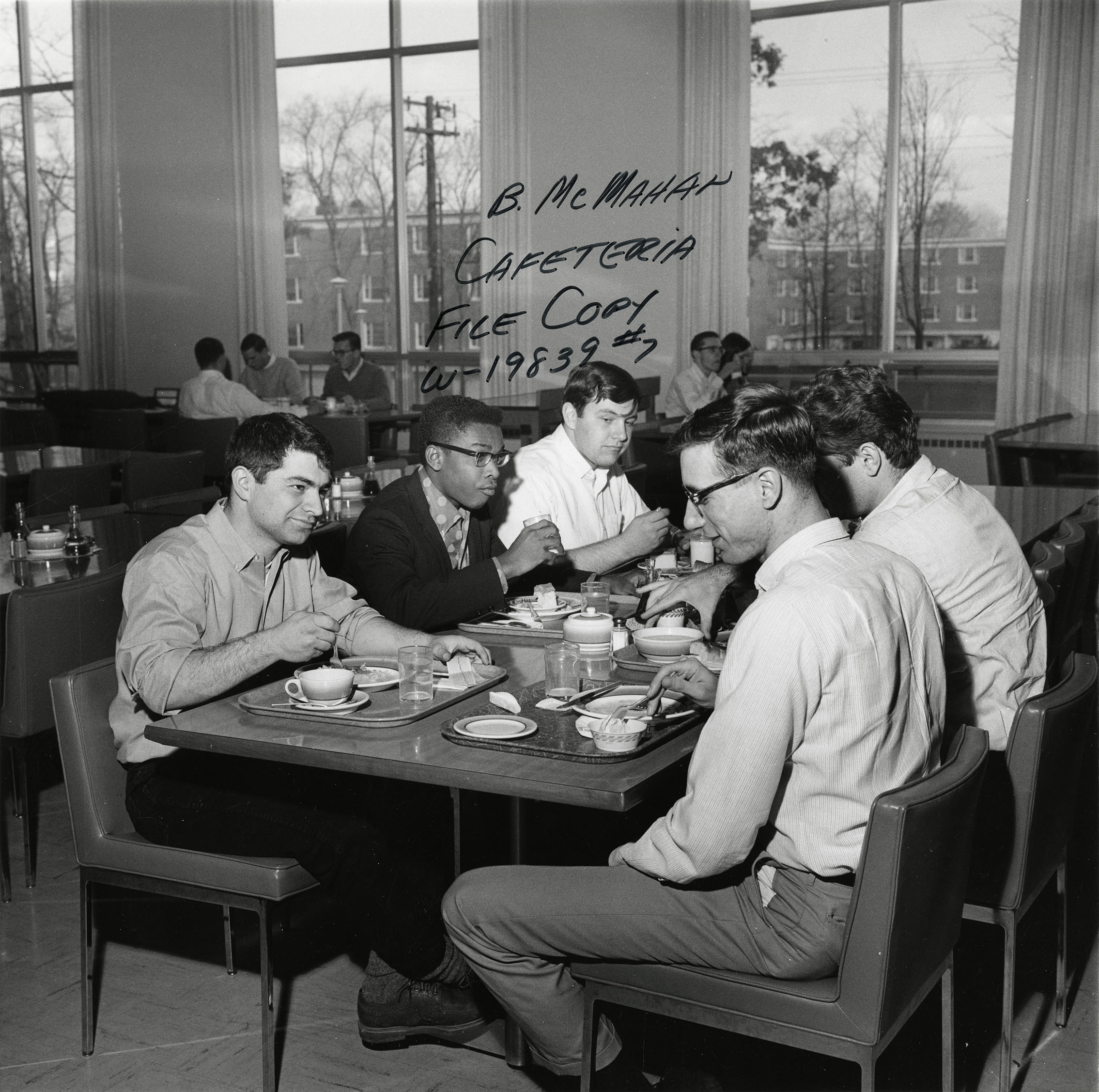 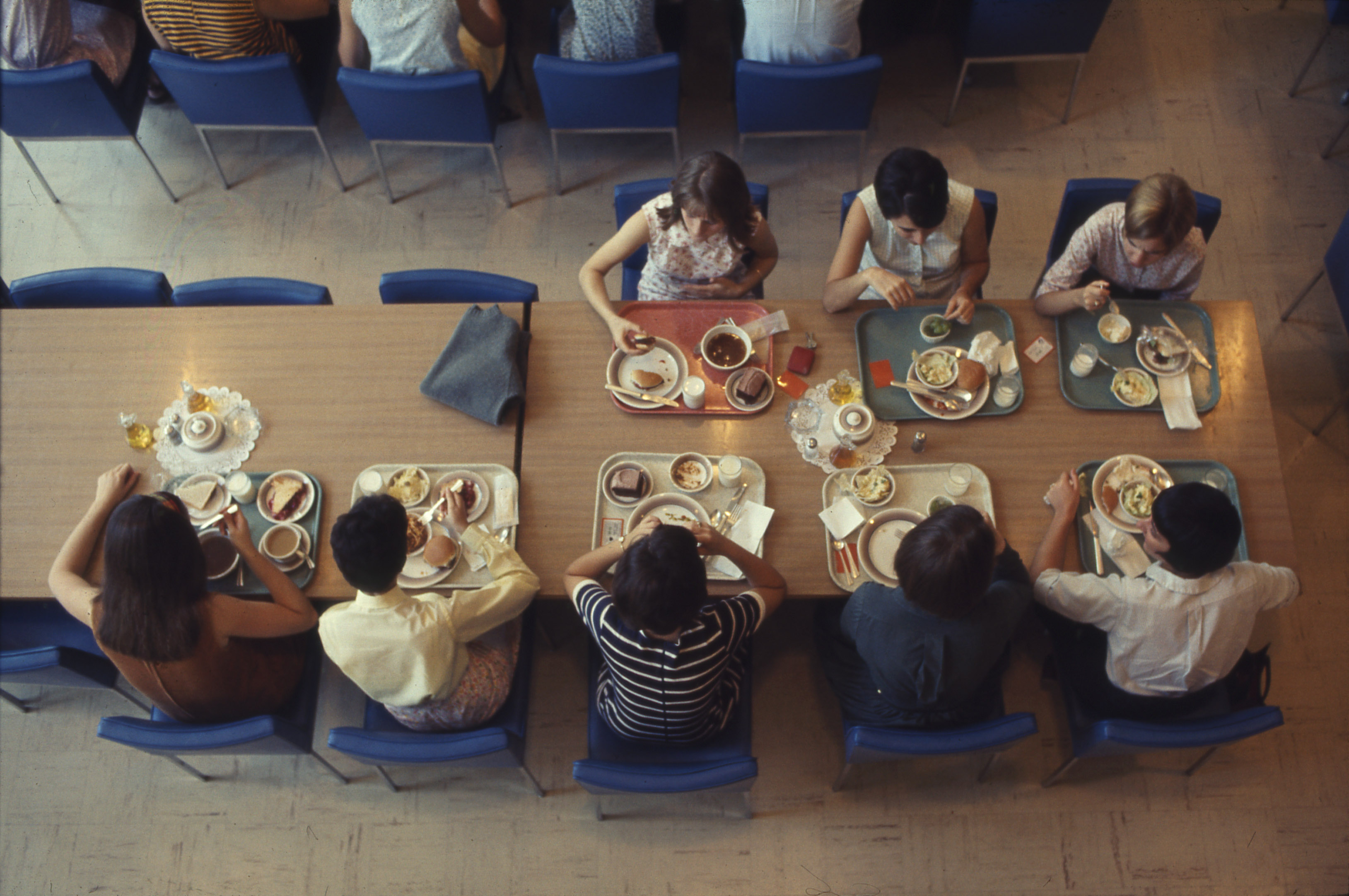 The Brien McMahon Residence Hall opened as a dormitory at the University of Connecticut in the fall of 1964. It was one of the first buildings constructed during the presidency of Homer D. Babbidge. From the outset, the building was named after Brien McMahon, the prominent lawyer and politician from Connecticut.

McMahon was born in Norwalk, Connecticut, in 1903. He attended Fordham University and Yale Law School. He briefly became a judge for Norwalk’s City Court before serving as special assistant to the Attorney General of the United States. McMahon was elected as United States Senator for Connecticut in 1945 and served until his death in 1952. During his time in office, he became an expert in nuclear energy, authoring the Atomic Energy Act of 1946 and promoting the civilian control of nuclear development.

In the Senate, McMahon served alongside William Benton, who later became a member of UConn’s Board of Trustees. In 1958, Senator Benton inaugurated a successful lecture series at UConn, the Brien McMahon Lecture Series, in honor of his late friend and fellow senator from Connecticut. The lecture series ran for a number of years, bringing prominent politicians and scholars to campus, such as Hans Morgenthau, J. William Fulbright, and Romulo Betancourt.

Today, the building is easily recognized by its recently renovated dining hall with a striking glass façade that faces onto Hillside Road.