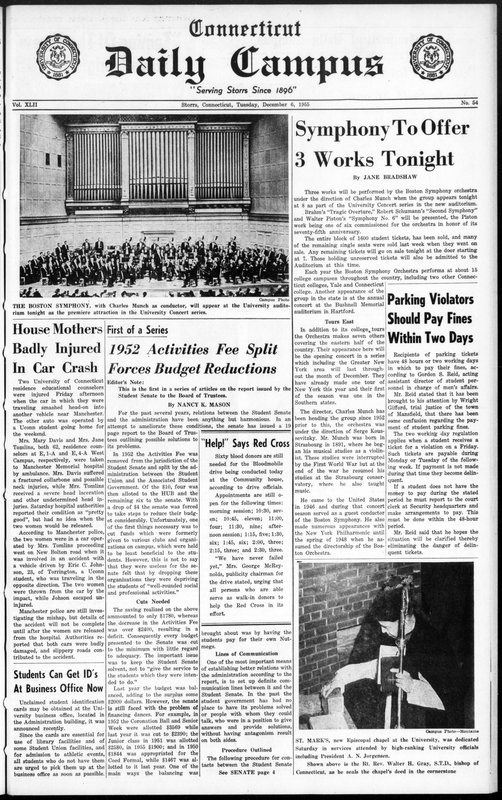 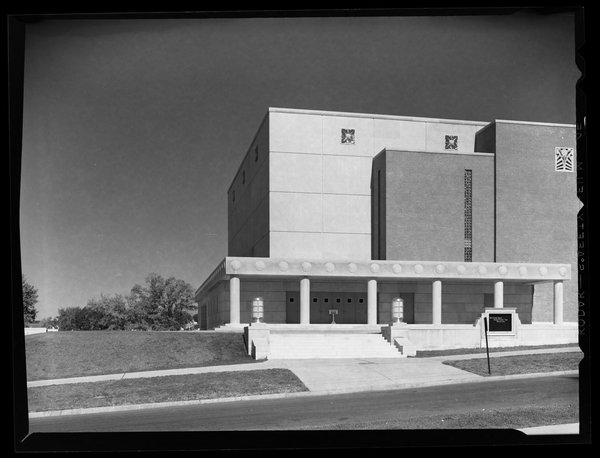 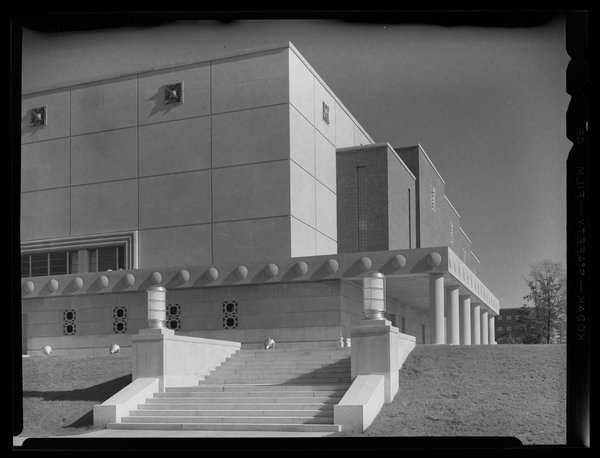 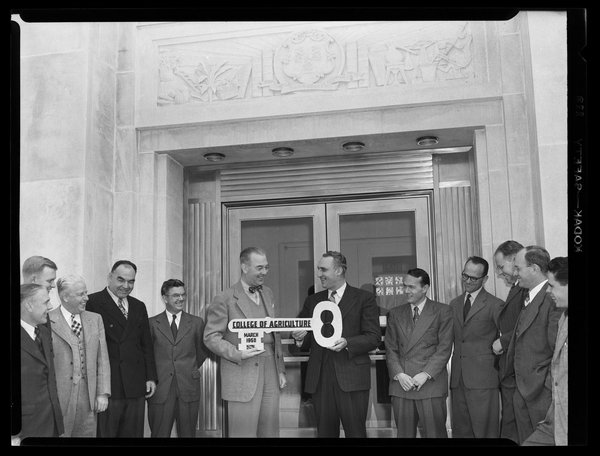 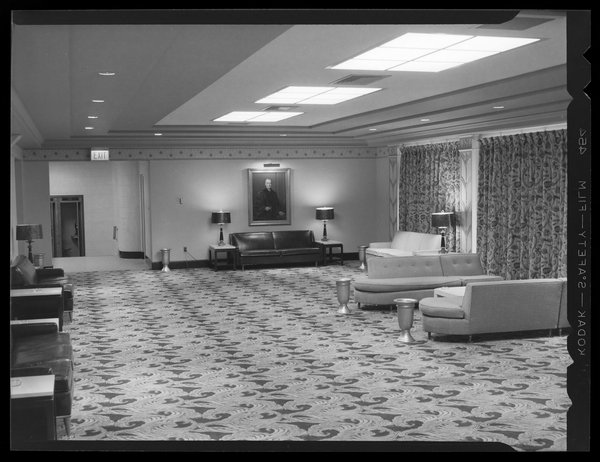 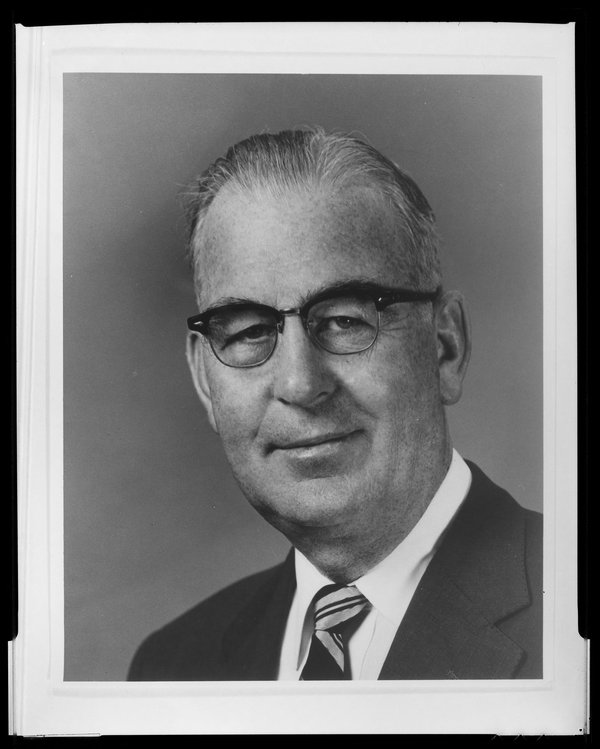 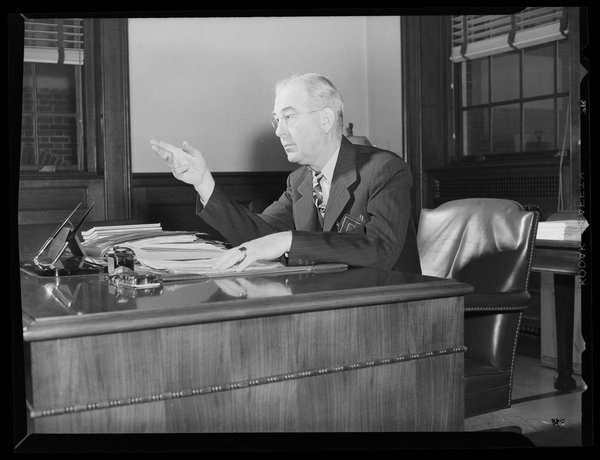 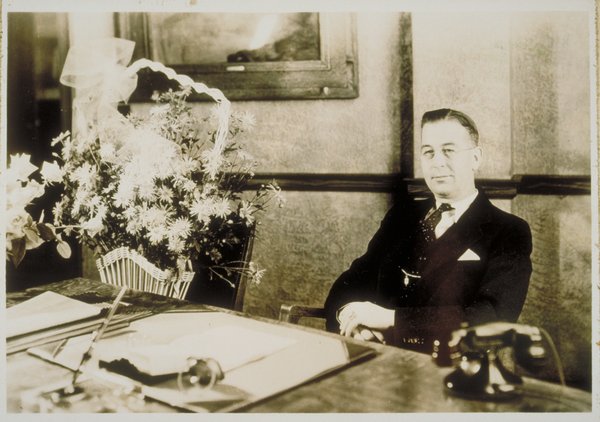 When Albert Nels Jorgensen (1899-1978) came to the Connecticut State College as its seventh President in 1935, at the age of 36, enrollment numbered a mere 800 students and consisted of one campus, in Storrs. By the time he retired, 27 years later in 1962 at the age of 63, the school was known as the University of Connecticut, enrollment had grown to 13,000 students, and there were four regional campuses around the state plus plans to build a medical school in Farmington. Jorgensen led the university through trying times that included the Great Depression, the Hurricane of 1938, World War II, and the McCarthy era where academics were targeted as Communists.

On November 12, 1960, at the Silver Convocation honoring Dr. Jorgensen as President in his 25th year, he was heralded for his leadership in building the University of Connecticut from a small, rural college into a major university. Professor of Zoology Dr. Hugh Clark said that “from the beginning President Jorgensen’s tenure has been characterized by vision, by wisdom, by understanding and by courage….It is a result of recognition of the intellectual needs of Connecticut’s citizens; it is the realization of a further purpose of a University to expand the sum of knowledge and to extend its influence into the future.”

Upon notifying members of the University community of Jorgensen’s death in February 1978. then UConn President Glenn W. Ferguson wrote that “Dr. Jorgensen was a…champion of academic freedom…a person who recognized that excellence is the critical quest for a university, and who built an institution that cared about its future and cared about that quest for excellence.”

The Jorgensen Center for the Performing Arts was established in 1955, named in honor of the university’s president. Its first performance was the Boston Symphony Orchestra on December 6, 1955.