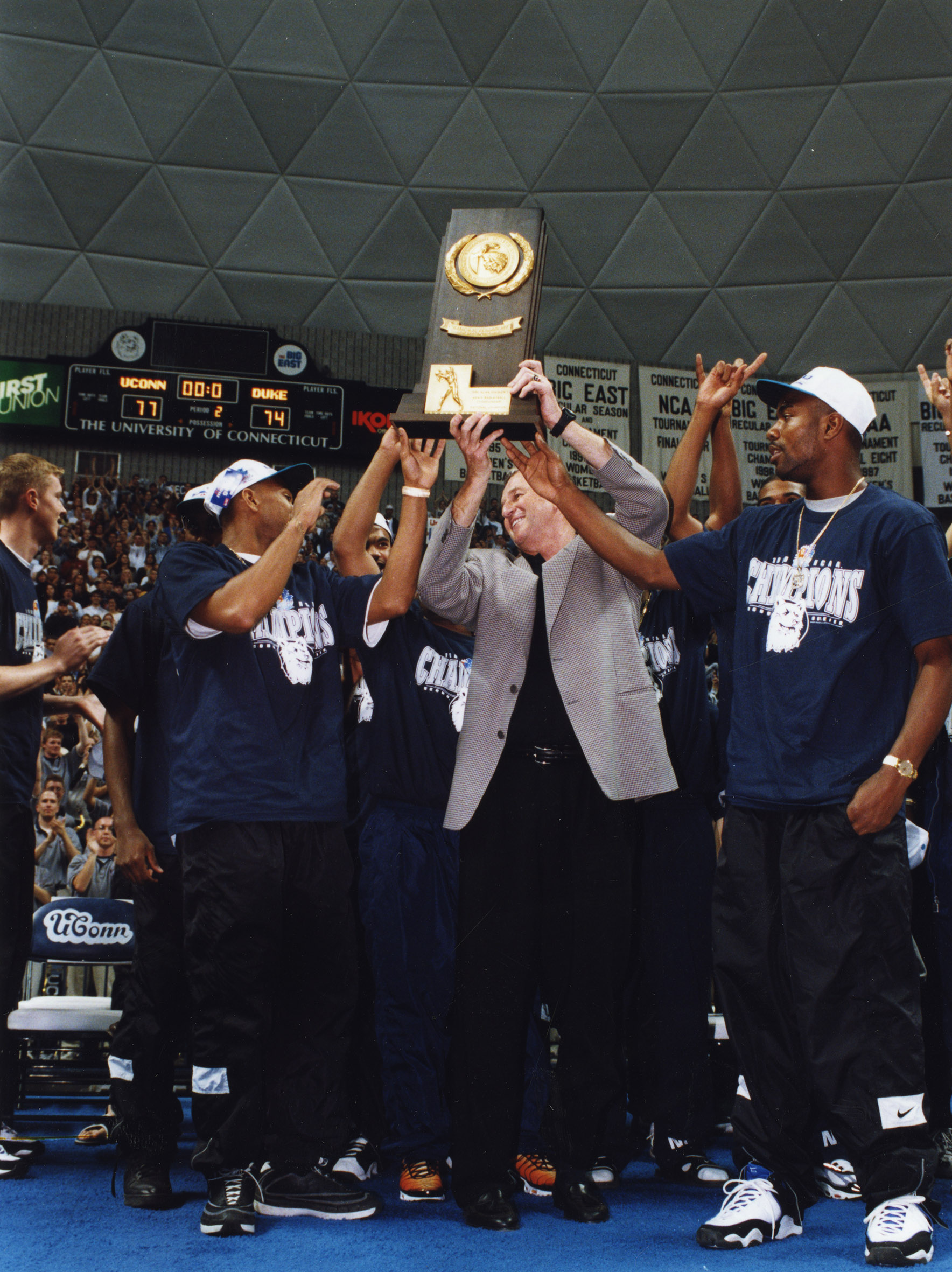 For those interested in learning more about that historic season, Archives and Special Collections holds a range of materials related to the championship game, along with other collections on UConn sports. We invite you to view these materials in our reading room and our staff is happy to assist you in accessing these and other collections in the archives. 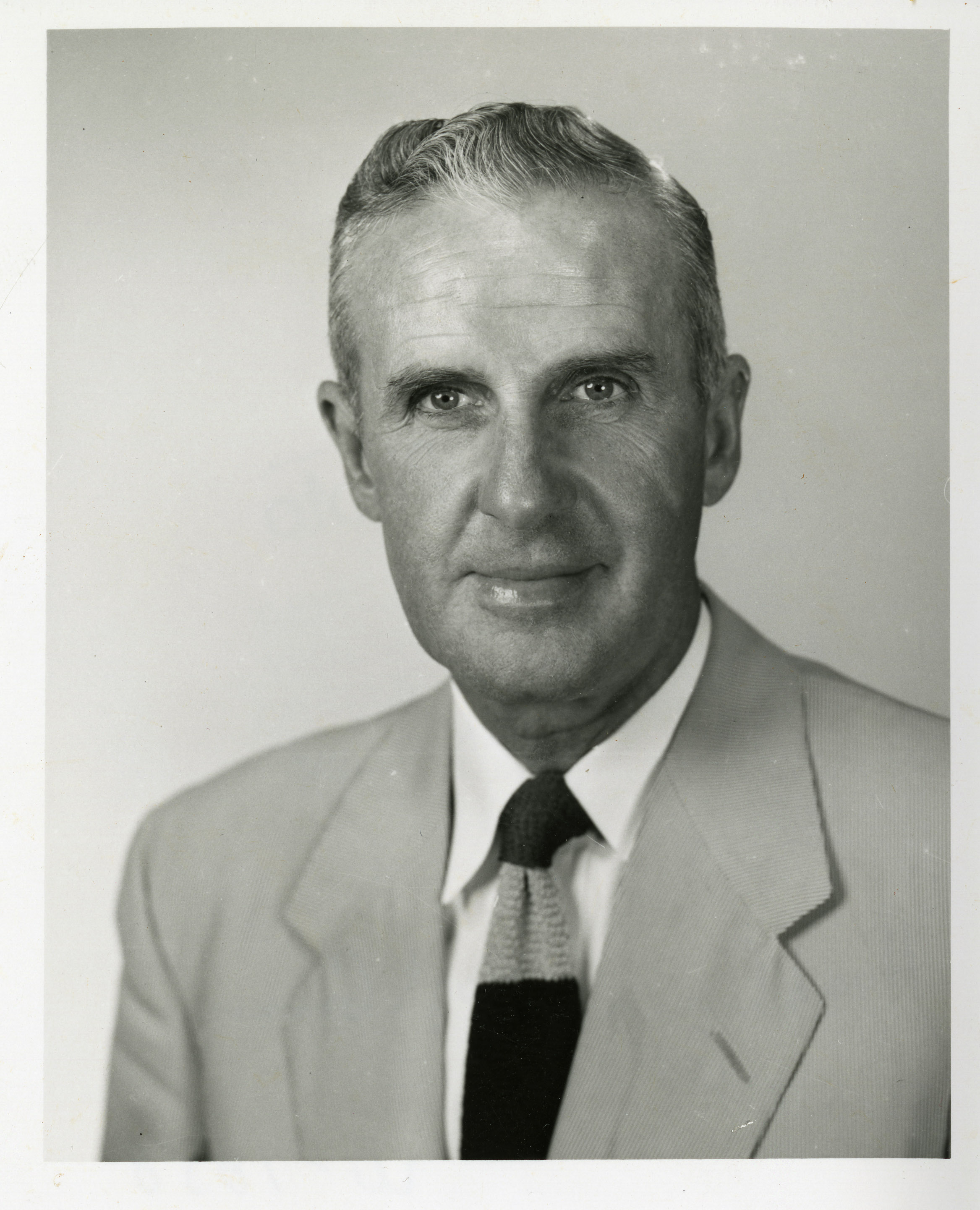 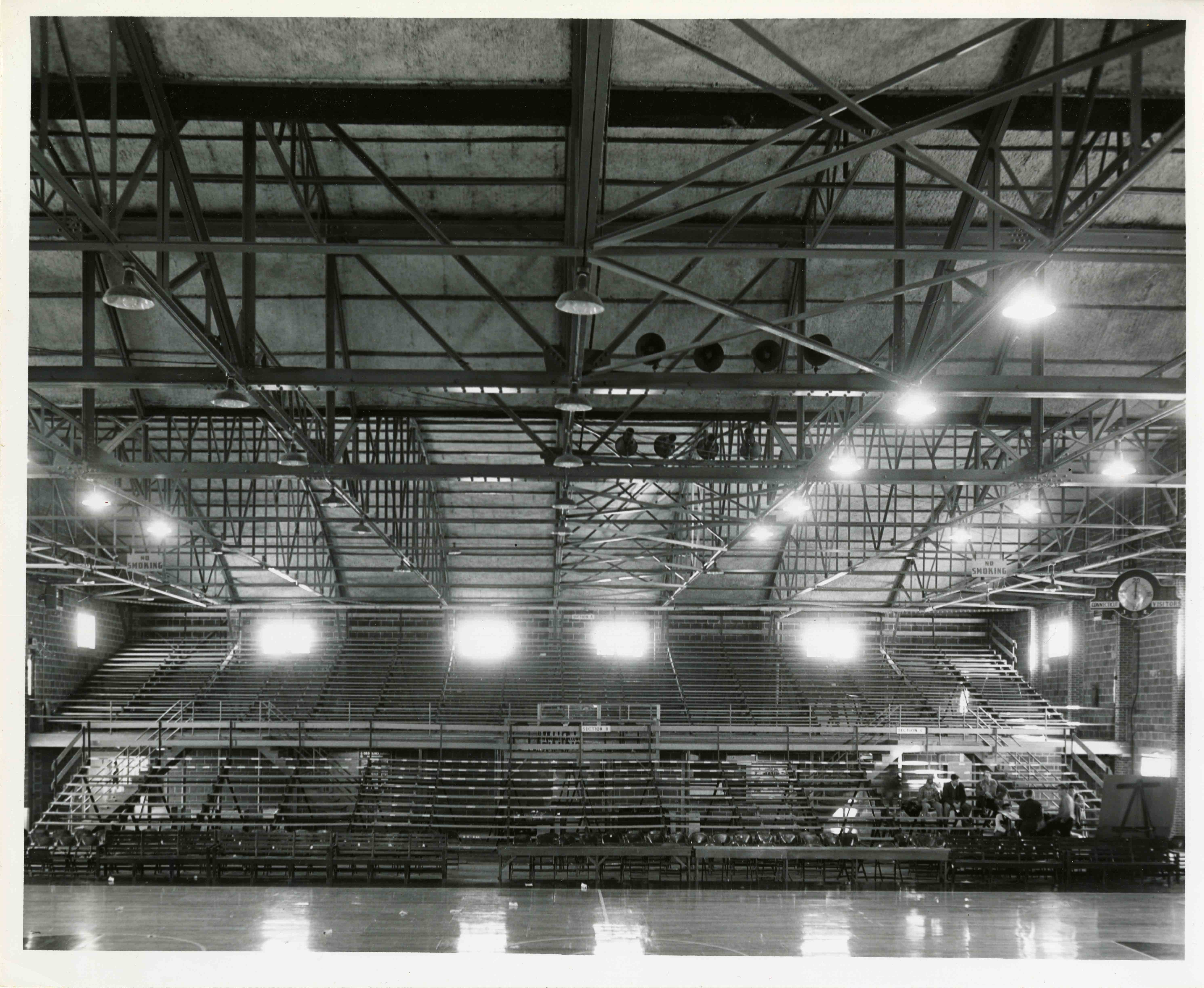 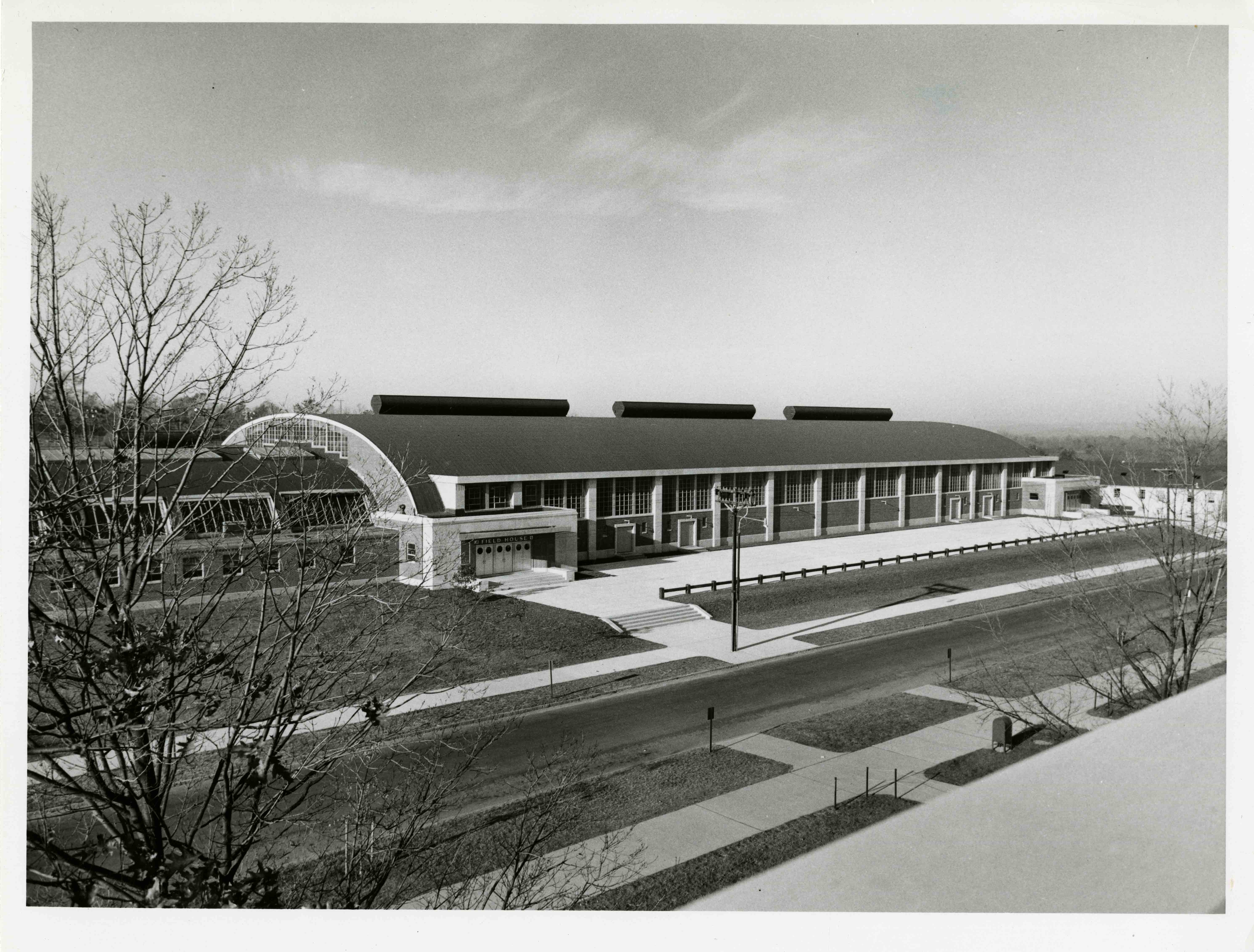 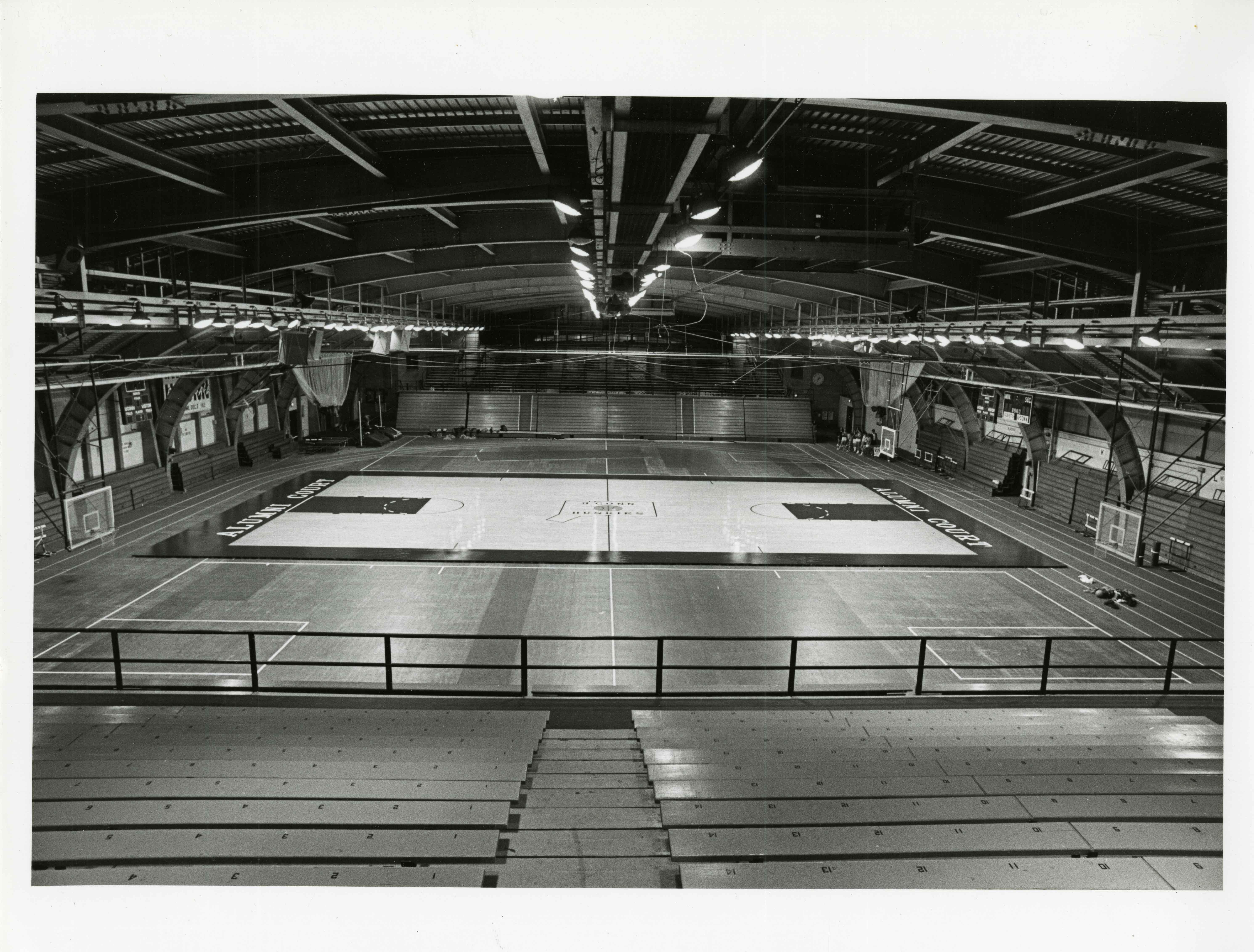 The Hugh S. Greer Field House was built in 1954. It originally served as the University of Connecticut’s basketball stadium, replacing the “Cage,” a temporary structure composed of two airplane hangars. In 1990, it became part of the student recreational facilities after the basketball teams left for the new Gampel Pavilion. A year later, the University Board of Trustees voted to rename the building after former UConn basketball coach Hugh S. Greer.

Hugh Scott Greer was born in Suffield, Connecticut, on August 5, 1904. He attended the Connecticut Agricultural College, receiving a Bachelor of Science degree in 1926, and later received a Masters of Education from Springfield College. After a successful career as a high school coach, Greer came back to the University of Connecticut in 1946. He was hired as an Assistant Professor of Physical Education and coached the Men’s Basketball team. According to one report, Greer “never lost his composure on or off the court,” and he was awarded the Gold Key from the Connecticut Sports Writer’s Alliance in 1957 for outstanding contributions to sports in his home state.

At the time of his death in 1963, Greer held the record for most wins as UConn basketball coach. After he unexpectedly died from a heart attack, a plaque was installed in the Field House to commemorate his celebrated service at the University of Connecticut. 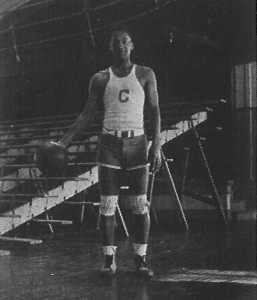