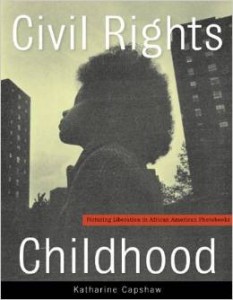 The UConn Co-op Bookstore at Storrs Center will host the launch of Norman H. Finkelstein’s new book, Schools of Hope on March 31, 2014 at 4pm.  If you haven’t seen the new store at One Royce Circle in Mansfield, CT, this is a wonderful opportunity to visit, see the Ballard Institute and Museum of Puppetry, meet Mr. Finkelstein and get a copy of Schools of Hope signed.  In addition to being a prolific author, Mr. Finkelstein is also a donor to the Northeast Children’s Literature Collection and continues to add to his Papers.

The subtitle for the book is How Julius Rosenwald Helped Change African American Education and details how the wealthy president of Sears, Roebuck and Company decided to support schools for poor African American children in the South.  Lisa Crandall, formerly at the Capital Area District Library in Holt, Michigan reviewed the book for School Library Journal and reports:

Gr 5-8–This highly accessible, beautifully illustrated book tells how a Jewish tycoon helped provide educational opportunities for countless African Americans. Rosenwald, president of Sears, Roebuck, and Company, used his millions to support social causes like YMCAs, hospitals, and universities. In 1911, his life’s purpose was forever changed after reading Up from Slavery and then meeting the author, Booker T. Washington, who introduced him to the deplorable educational opportunities offered African Americans in the South. Rosenwald put his personal philosophy of “Give While You Live” into practice by establishing the Rosenwald Fund for “the well-being of mankind.” Its largest accomplishment was to help build, furnish, and staff schools for African Americans in the rural South. Before the program ended in 1932, it had contributed funds to help build more than 5300 schools. Rosenwald Schools, as they were known, operated until the 1960s when they were closed due to forced school integration. Rosenwald did not just give money to build schools–he required community “buy-in” from both the black and white communities in an effort to promote racial reconciliation. This is a fascinating look at how one man’s vision changed the lives of more than 600,000 people through increased educational opportunities. The book is superbly illustrated with numerous black-and-white, excellently captioned photos. A first purchase, and of special interest for Jewish collections and communities with Rosenwald Schools.

Norman H. Finkelstein is an educator, editor, librarian and writer. For over thirty years he has been an instructor in the Prozdor High School Department of Hebrew College in Boston where he continues to teach courses in Jewish history.  Recently retired as a public school librarian, Mr. Finkelstein Norman is the author of eighteen nonfiction books. Two of his titles, Heeding the Call and Forged in Freedom, both published by the Jewish Publication Society, were winners of the National Jewish Book Award. His biography of Edward R. Murrow, With Heroic Truth (Clarion) received the Golden Kite Honor Award for Nonfiction. His recent titles include The JPS Guide to American Jewish History, (Jewish Publication Society), Plastics (Marshall Cavendish), Ariel Sharon (Lerner) and Three Across: The Great Transatlantic Air Race of 1927 (Boyd’s Mills Press).  He also served as the editor of the Jewish Publication Society’s series, The JPS Guides.

He holds B.S, Ed.M, and C.A.G.S degrees from Boston University and B.J.Ed. and M.A. degrees from Hebrew College which honored him with the Louis Hillson Memorial Prize for Excellence in Jewish Education. For nine summers he was a teacher and educational director at Hebrew College’s Camp Yavneh. He is a member of the Authors Guild, the Society of Children’s Book Writers and Illustrators and the Association of Jewish Libraries.  For further information about Mr. Finkelstein, go to www.normfinkelstein.com.

And don’t forget to join us on March 31 at 4pm for the book launch!

Chris Lynch is the Printz Honor Award-winning author of nearly a dozen books including the highly acclaimed young adult novels Pieces, Kill Switch, Angry Young Man and Inexcusable, a National Book Award finalist. Little Blue Lies, published this month, is his newest book. It is the gripping story of two teens who discover the danger of love.

Brendan Kiely has published in Guernica, Big Bridge and other publications. Gospel of Winter is his debut novel. It is about the restorative power of truth and love after the trauma of abuse.
Jason Reynolds is the author of When I Was the Greatest, a gritty novel about life as an urban teen. He co-wrote My Name his Jason. Mine Too with is friend and artist Jason Douglas Griffin.
These works and many others by YA authors are available at the Co-op Bookstore or online at http://generalbooks.bookstore.uconn.edu/.  Enjoy!