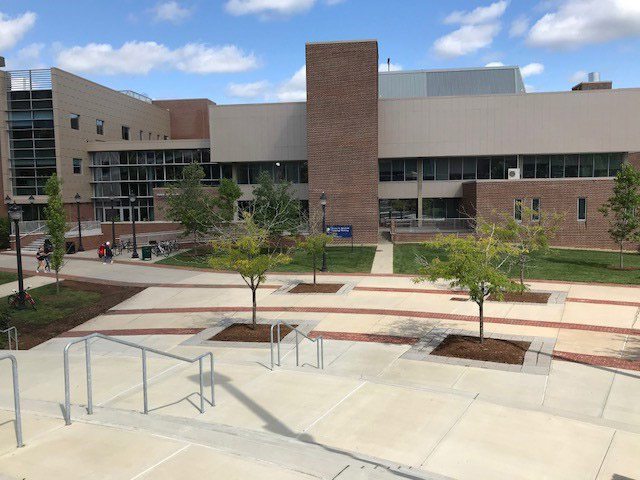 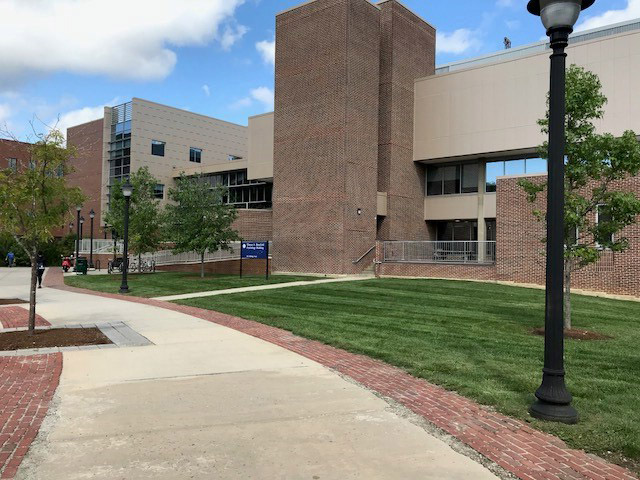 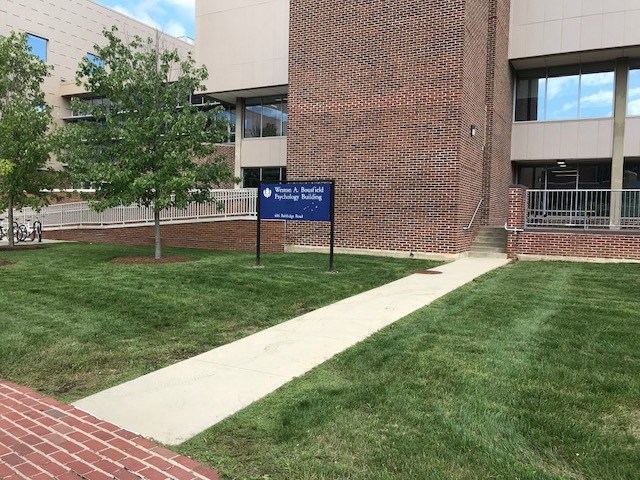 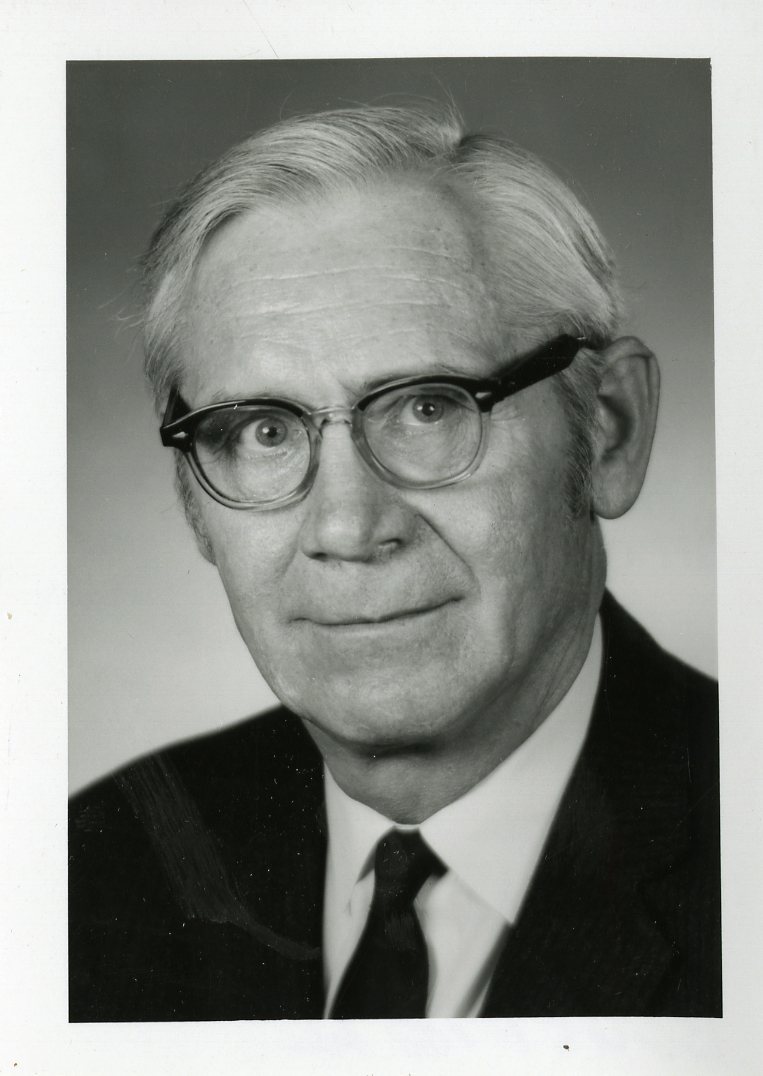 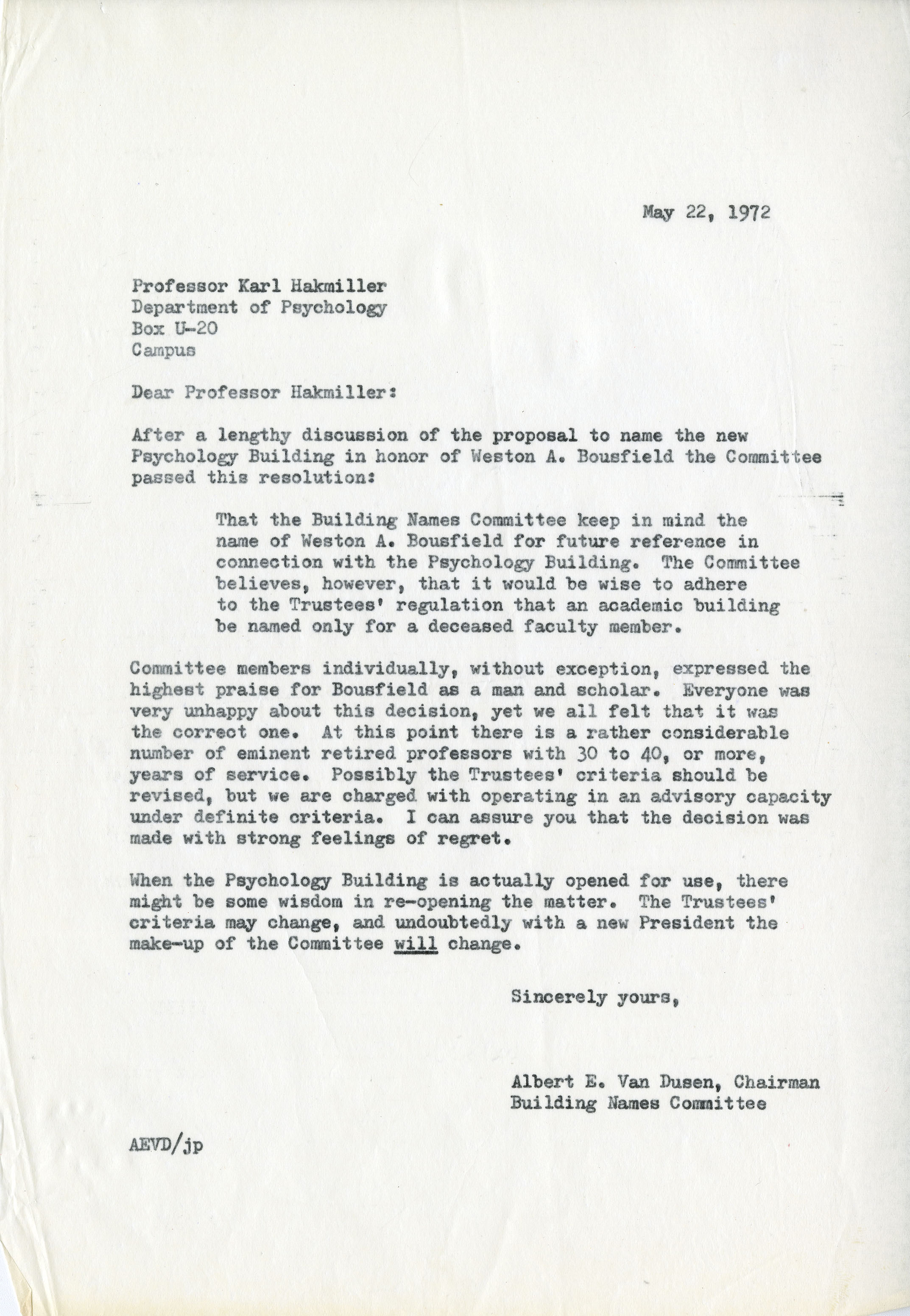 Letter from Building Names Committee about naming of the Psychology Building after Weston A. Bousfield, May 22, 1972 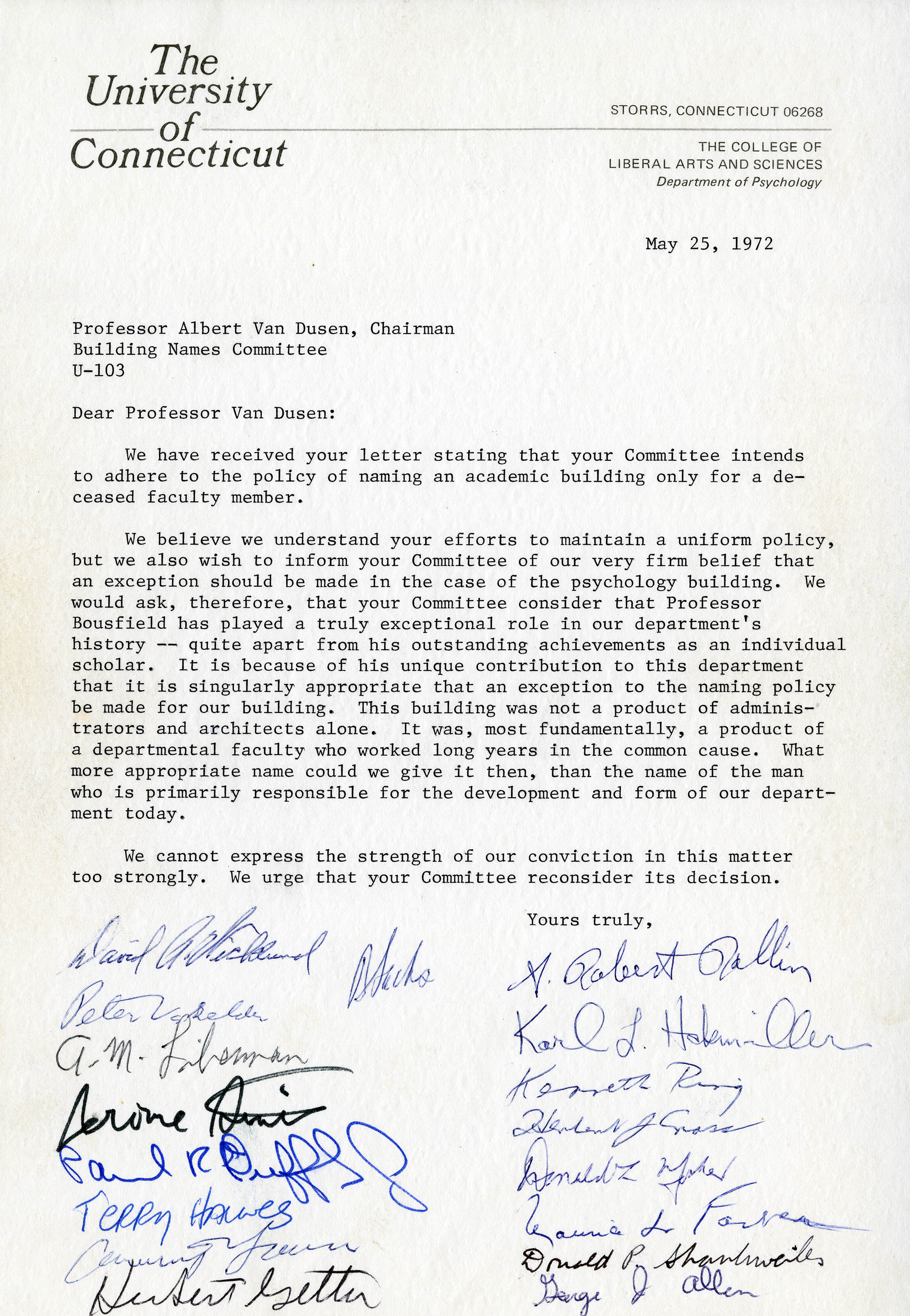 Letter in support of naming the Psychology Building after Weston A. Bousfield, May 25, 1972 (page 1) 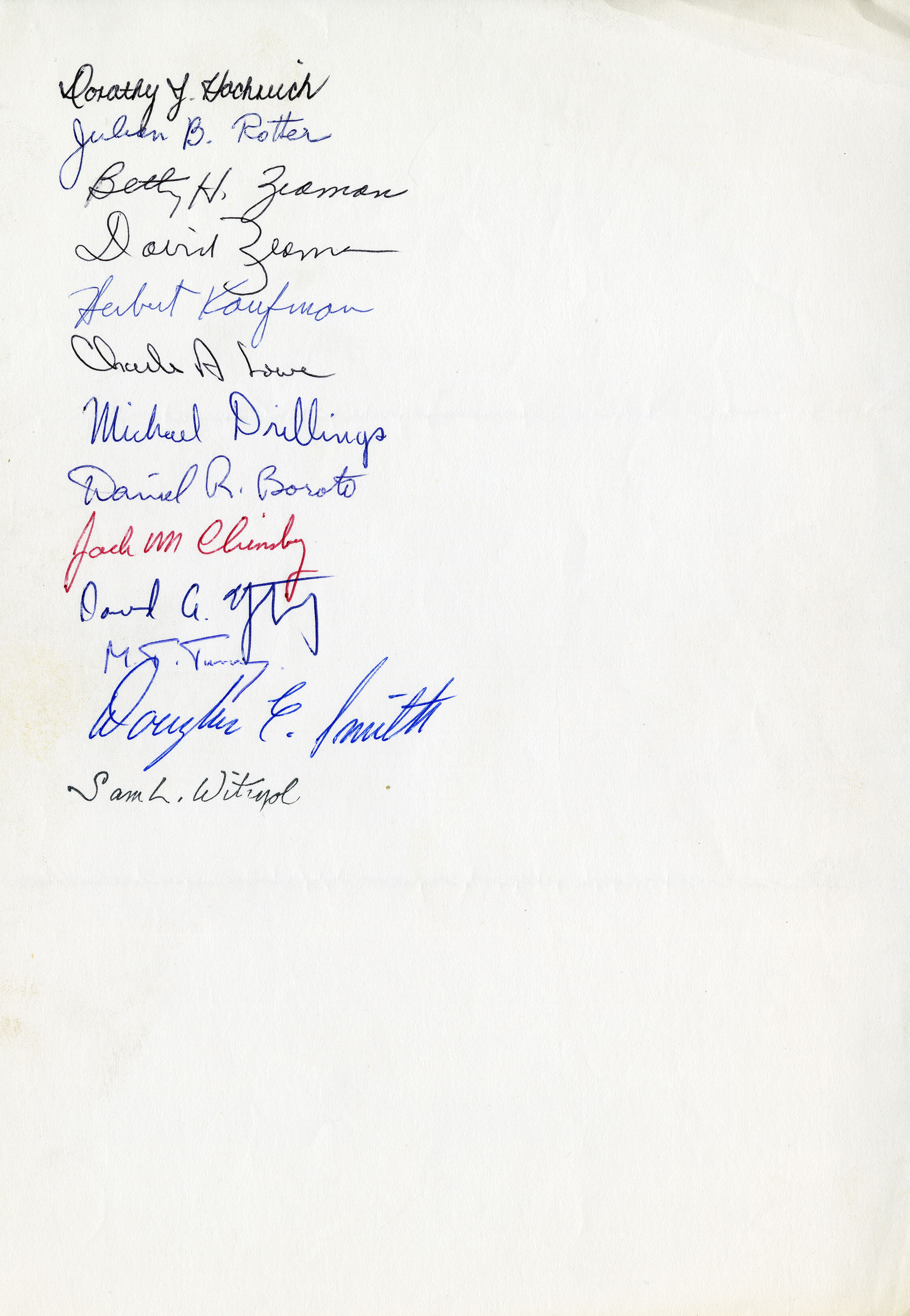 Letter in support of naming the Psychology Building after Weston A. Bousfield, May 1972 (page 2)

In 1972, when ground was broken for what would be a new home for the Psychology Department, the university’s Building Names Committee was contacted by several members of the faculty who advocated for the building to be named in honor of Professor Weston A. Bousfield, who served as head of the department from 1939 to 1960 and continued on as a respected Professor until his retirement at the end of the Spring semester in 1972.

Bousfield’s colleagues, including Karl Hakmiller, A. Robert Rollin and Sam L. Witryol, pleaded with the committee, writing  that he “built the department in every sense and has been as strongly identified with the University of Connecticut as he has been with the Psychology Department.” Also, “In addition to his tireless and dedicated efforts on the local scene, he achieved national prominence for his research on organization in memory and recall…he is a pioneer in this area which really flourished 10 years after his initial investigation…”

Albert Van Dusen, the committee chairman, wrote Dr. Hakmiller on May 22, 1972, to tell him that the committee would “keep in mind the name of Weston A. Bousfield for future reference in connection with the Psychology Building…[but] believed, however, that it would be wise to adhere to the Trustees regulation that an academic building be named only for a deceased faculty member. Committee members individually, without exception, expressed the highest praise for Bousfield as a man and scholar. Everyone was very unhappy about this decision, yet we all felt that it was the correct one.” Three days later, on May 25, a petition was sent to the committee, making clear that the faculty was disappointed with the decision, but to no avail.

Weston A. Bousfield was born on April 22, 1904, and came to UConn in 1939 as an Assistant Professor and Head of the Department of Psychology after teaching at Tufts University. He earned degrees from Northeastern University, Boston University and Harvard University (including his PhD from the latter). At UConn he was promoted to Associate Professor in 1941 and full Professor in 1946. He was a pioneer in the concept of organization in memory, clustering in recall, and the knowledge that materials we have learned become organized in memory, even though they were originally learned as separate, unconnected units. Bousfield was a prolific author in the field with over seventy publications to his credit.