The Somersville Manufacturing Company, maker of fine heavy woolen cloth, was established in 1879 in Somersville, a village in the town of Somers, Connecticut, by Rockwell Keeney. For the company’s entire 90 year history it was owned and run by Rockwell’s descendents. 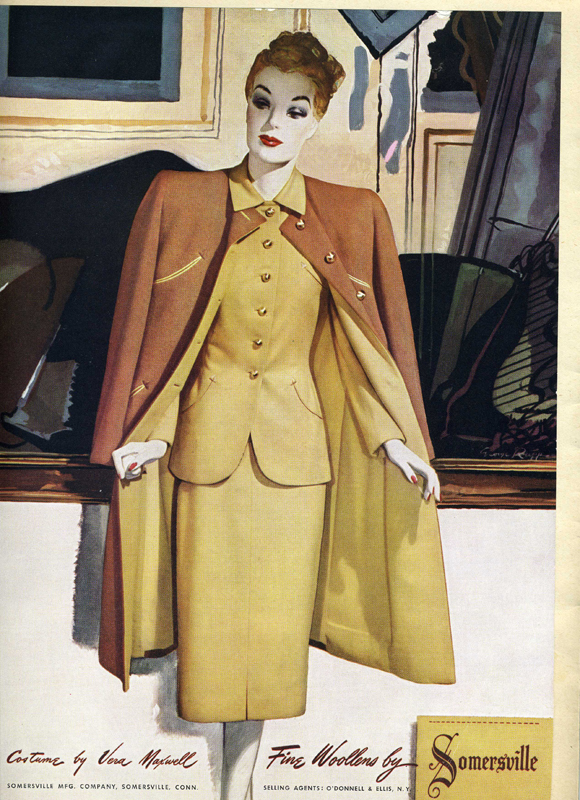 Advertisement for woollens made by the Somersville Manufacturing Company in Somersville, Connecticut, ca. 1950s

Last year Mr. Timothy R.E. Keeney, Rockwell’s great great-grandson, contacted Archives & Special Collections to discuss the donation of the company’s records, which were stored in his home in Somersville.  We found the records to be unique, accounting for the entire history of the company from its founding in 1979 to the point where it shut its doors in 1969.  The documents themselves were a treasure trove, ranging from administrative and financial files and volumes to marketing material, photographs and scrapbooks, detailing not only the life cycle of the company but also the Keeney family.  Mr. Keeney graciously gave us plenty of details about his family’s extensive and affectionate family; one fascinating aspect of the collection includes hundreds of letters written in the late 1930s and World War II years by his grandfather Leland Keeney to various members of the family.

The records are now open for research and the finding aid is available here: http://doddcenter.uconn.edu/asc/findaids/somersville/MSS20130030.html.  We welcome all interested researchers to explore the legacy of this important Connecticut business.