Many congratulations to NCLC donor and Connecticut Children’s Book Fair favorite, Katie Davis, for her well-deserved School Library Journal Trailee Award given annually at ALA for the video trailers that best promote books for children and teens.  “Book trailers raise awareness about the big power of little books to reach readers,” said Davis after learning that she had won. Davis, who also illustrated the book that she co-authored with her husband Jerry Davis, thanked “all those nice little chickens (and people!) who voted” for her entry. In the category of Publisher/Author Created for Elementary Readers , the trailer tells the story of Little Chicken’s Big Day, when Little Chicken goes with his mother to do errands and gets lost.  The School Library Journal web site has more information about the Trailee Awards including winners in other categories, such as Grace Lin’s Award in the Student Created for Elementary Readers category for Where the Mountain Meets the Moon (Little, Brown, 2009; Trailer by the members of the Bookie Woogie Book Blog).  Grace Lin appeared at the 2011 Connecticut Children’s Book Fair and we hope to see her again soon.  Congratulations, Katie and Grace!

Mac Barnett, a children’s book writer from Oakland with seven picture books and three novels to his credit, wrote the Picture Book Manifesto at the suggestion of one of his former professors. The Manifesto was published as an advertisement in the November issue of the Horn Book. Speaking to Sally Lodge for Publisher’s weekly (http://www.publishersweekly.com/pw/by-topic/childrens/childrens-industry-news/article/49276-mac-barnett-spearheads-a-picture-book-manifesto-.html), Barnett explains, “I think there’s a lot of hand-wringing going on now about the picture book and its place in the market and in our culture…you hear nay-sayers who think the picture book is over, and too often the pro-picture book response is that everything is fine, that the picture books are inherently magical. And great books are a kind of magic, but kids don’t need to be told that: they already know.”  The proclamation was designed and executed by Carson Ellis and is signed by 20 other picture book creators, including Brian Biggs, Sophie Blackall, Laurie Keller, Jon Scieszka, and Lemony Snicket. The intended audience is everyone in the children’s literature world, including librarians, parents, writers, illustrators, editors, and publishers. Barnett hopes that publication of the Manifesto will spark conversations about picture books and how to make them more original and thoughtful, with a vitality that will make kids want to read. 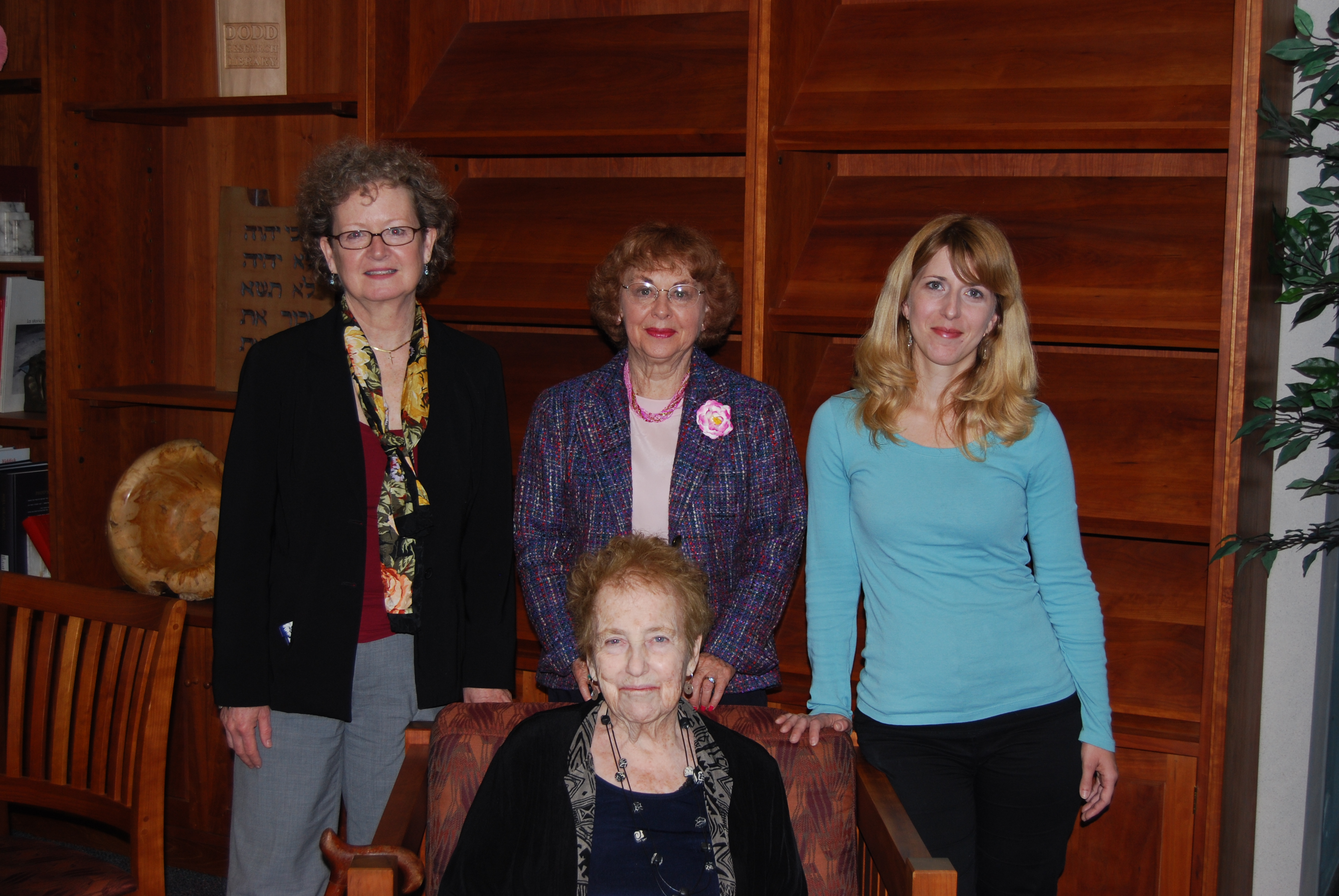 In April, 2011, Ms. Kena Sosa became the 4th recipient of a Billie M. Levy Travel and Research Grant. Her topic of research is the experience of Jewish children who escaped Nazi persecution to England and other countries by means of the Kindertransport program. This link goes to a full description and access to the transcripts of two oral histories conducted with women who were transported to England as children in the Kindertransport program. Ms. Sosa’s PowerPoint presentation, a requirement of the Levy Travel and Research Grant, is also available from the web site.  This was the first grant presentation to leave the audience in tears.

Suzy Staubach and I were invited to attend a lovely brunch at Tomie’s house to celebrate his being awarded the Laura Ingalls Wilder Award, given by the American Library Association which “…“honors an author or illustrator whose books, published in the United States, have made, over a period of years, a substantial and lasting contribution to literature for children.”  The dePaola house is absolutely charming, with room after room where wonderful sculptures, artwork, toys, candles, antiques, and dePaola creations abound.  One piece of artwork in particular caught my eye:  a pencil and ink drawing of Tomie as a Saint, with a drink in one hand and a paintbrush in the other, surrounded by children holding their hands out in begging posture.  Trina Schart Hyman, one of Tomie’s dear friends, was working on the drawing when she left for the hospice care where she later passed away.  The drawing was still on her drawing table.  She didn’t have time to ink in the entire piece but she did get the drink glass done!

Check out Suzy’s blog at www.willowtreepottery.us/Willow_Tree_Pottery/BiblioPotter/Entries/2011/8/1_Tomie_dePaola_Pot_Collector.html and Elizabeth Bluemle’s post with lots of photos at http://blogs.publishersweekly.com/blogs/shelftalker/.
Tomie’s home is surrounded by elegant gardens, with benches in strategic places to best view the grounds.  There is a small hidden garden outside of a sliding glass door and a very inviting swimming pool.  Almost heaven, New Hampshire. 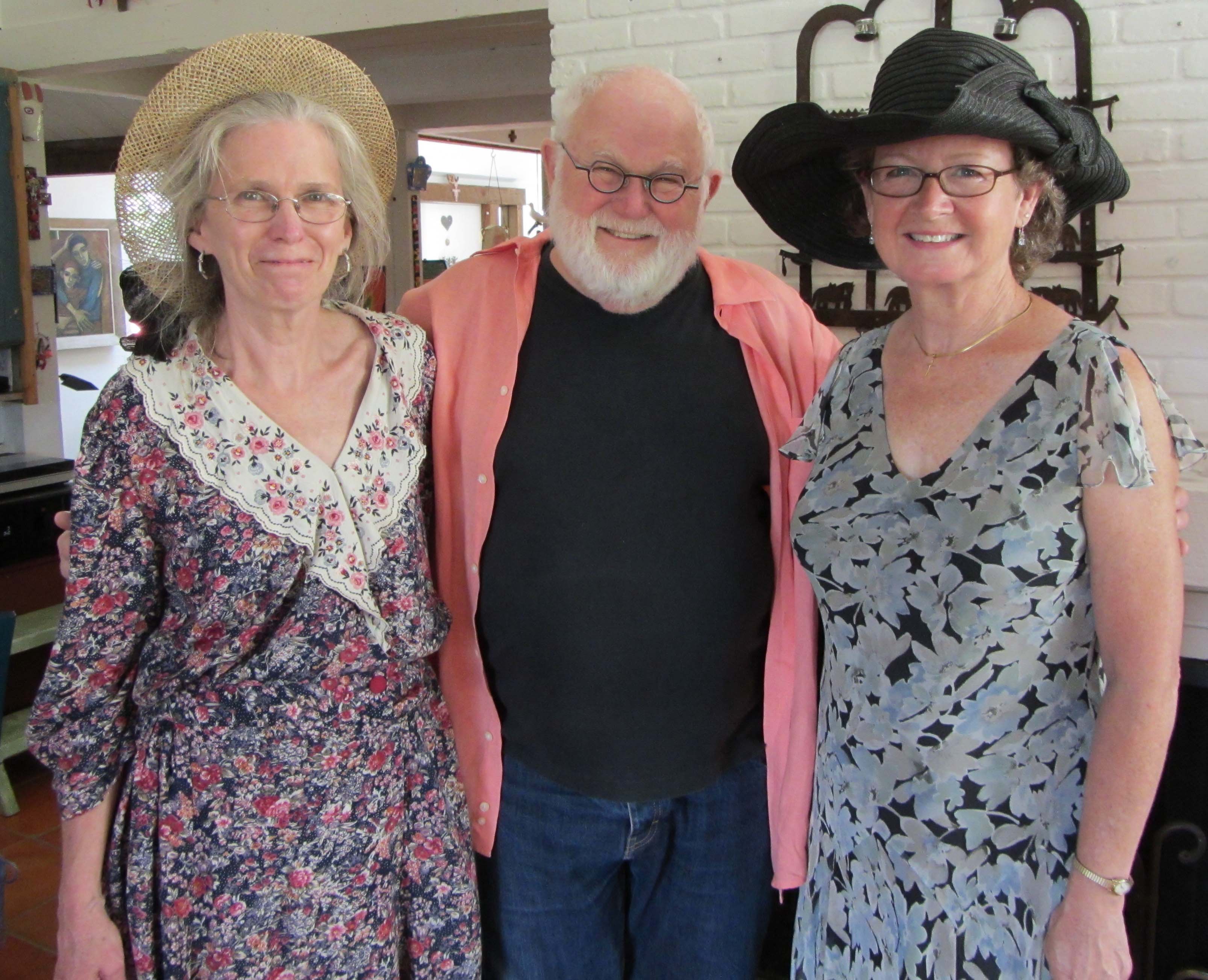 The family of the late Coleen Salley have donated James Marshall’s book dummy for his “The Cut-ups cut loose” to the NCLC. The charming, 32-page dummy is accompanied by a letter from Mr. Marshall to Ms. Salley with a note about “our little book.” The dummy is black and white with some color on the title page. The book was published in 1987 by Viking Kestrel and is dedicated to Ms. Salley. This piece is the only item in the Marshall Papers for this title. Thank you, Salley Family, for this important addition to the NCLC.

Thanks, Nan Sorensen, Scholastic, and the rest of the New England Children’s Booksellers for the donation of books by the wonderful authors at your conference on June 15.  It was fun to give tours to such knowledgeable and engaged listeners.  And your speakers were delightful:  M.T. Anderson, Nan Rossiter, Joyce Baskin, Angela DiTerlizzi, and all the rest of the stellar lineup.  I had the pleasure of awarding Matt Collins the CT Book Award for Children’s Illustration last year at the CT Center for the Book’s celebration so it was great to see him again.  What a talented group of folks you are!

Ozoplaning with the Wizard of Oz, by Ruth Plumly Thompson

Neill wrote three Oz books after Thompson resigned from writing the series in 1939.  The story contains the original characters, Dorothy Gale, the Tin Woodman, the Scarecrow, and the Cowardly Lion and of course the Wizard of Oz.  Jellia Jam (“Jamb” in the original Baum) is the Wizard’s “pretty little serving maid” who does not appear in the movie version.  The Soldier with Green Whiskers and Nick Chopper join everyone for a dinner party at the Wizard’s home so the Wizard can show off his new inventions, two Ozoplanes named Ozpril and Oztober.  The Soldier, Tin Woodman, and Jellia board the Oztober and through the Soldier’s bad luck, take off through the roof on a long adventure.

A new project to digitize TV interviews by Billie Levy featuring authors, illustrators, editors, and collectors in the field of children’s literature is now available . They are from the “Children’s Books: Their Creators and Collectors” series filmed at WHC-TV. Go to http://www.lib.uconn.edu/services/video/streams.php and scroll down, or go the web page at http://www.lib.uconn.edu/services/video/levy.php.  There is also a link from the NCLC’s web site at http://nclc.uconn.edu.

This project was made possible by the generosity of Susan Aller of West Hartford, in honor of our Miss Billie. The project was also made possible by West Hartford Community Television. Ms. Aller is the author of more than a dozen biographies for young people, including the stories of J. M. Barrie, Florence Nightingale, George Eastman, Louisa May Alcott, and Mary Jemison.  She has worked as a magazine editor in New York City, and her essays on a variety of topics have appeared in The New York Times, Christian Science Monitor, and other publications.  Ms. Aller is a graduate of the University of Nebraska at Omaha, and lived for extended periods in Spain and France, before coming to Connecticut in 1979.   As a collector of antique children’s books, she has been an active supporter of the Northeast Children’s Literature Collection at the Thomas J. Dodd Research Center at the University of Connecticut in Storrs.  She participates weekly in a long-standing writers’ group and is a member of the Saturday Morning Club of Hartford, a women’s writing group founded in 1876. Ms. Aller is the mother of two married sons and has six grandchildren.