An exhibition is currently on display about Hobo culture, train hopping, and boxcar art over the last 150 years. The exhibit will run from January 9 – February 28, 2020 in the Thomas J. Dodd Research Center Gallery at the University of Connecticut. Drawing from the extensive railroad collections at the UConn Archives & Special Collections, this exhibit seeks to present the love of trains from an alternative approach through art, folklore, and travelogue.

The exhibition will feature an opening reception and film showing of Bill Daniel’s Who is Bozo Texino: the epic account of the improbable discovery of the true identity of the world’s greatest boxcar artist. (2005) on Thursday, February 6th, 2020 from 7-9pm. 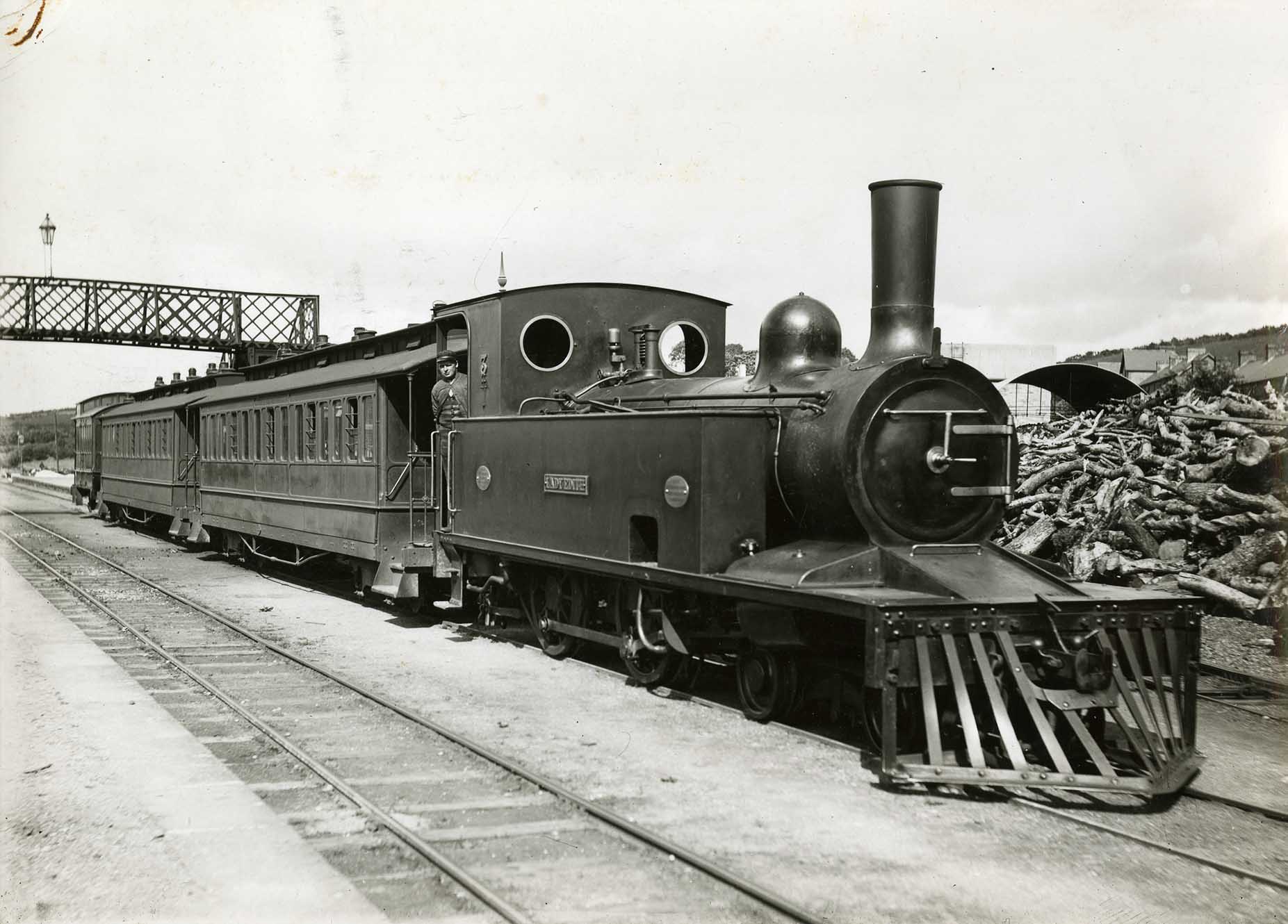 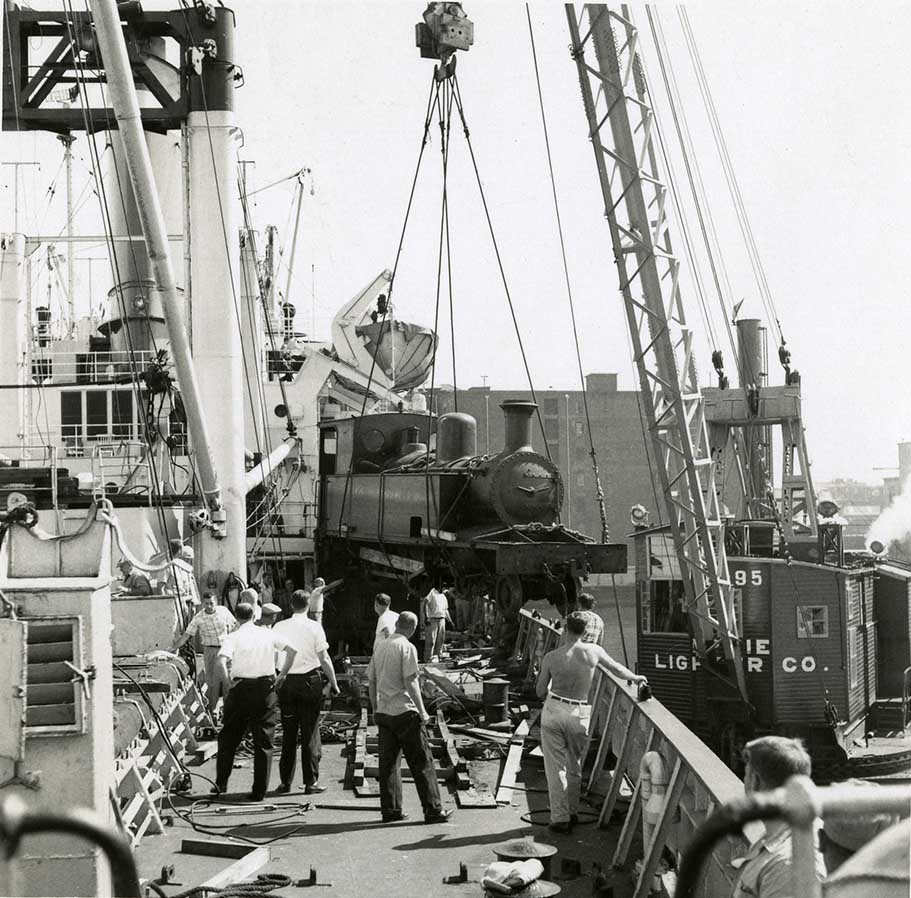 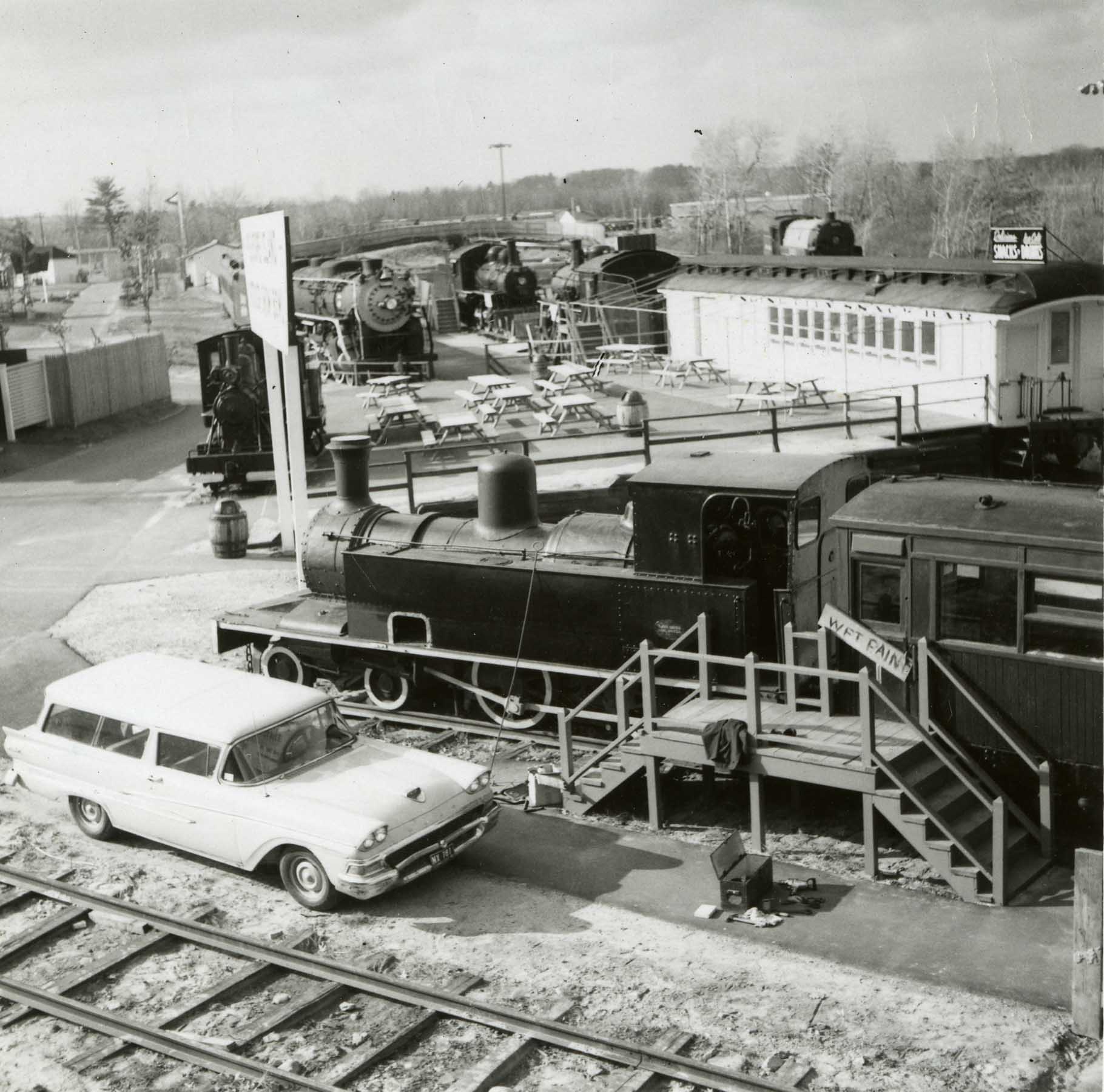 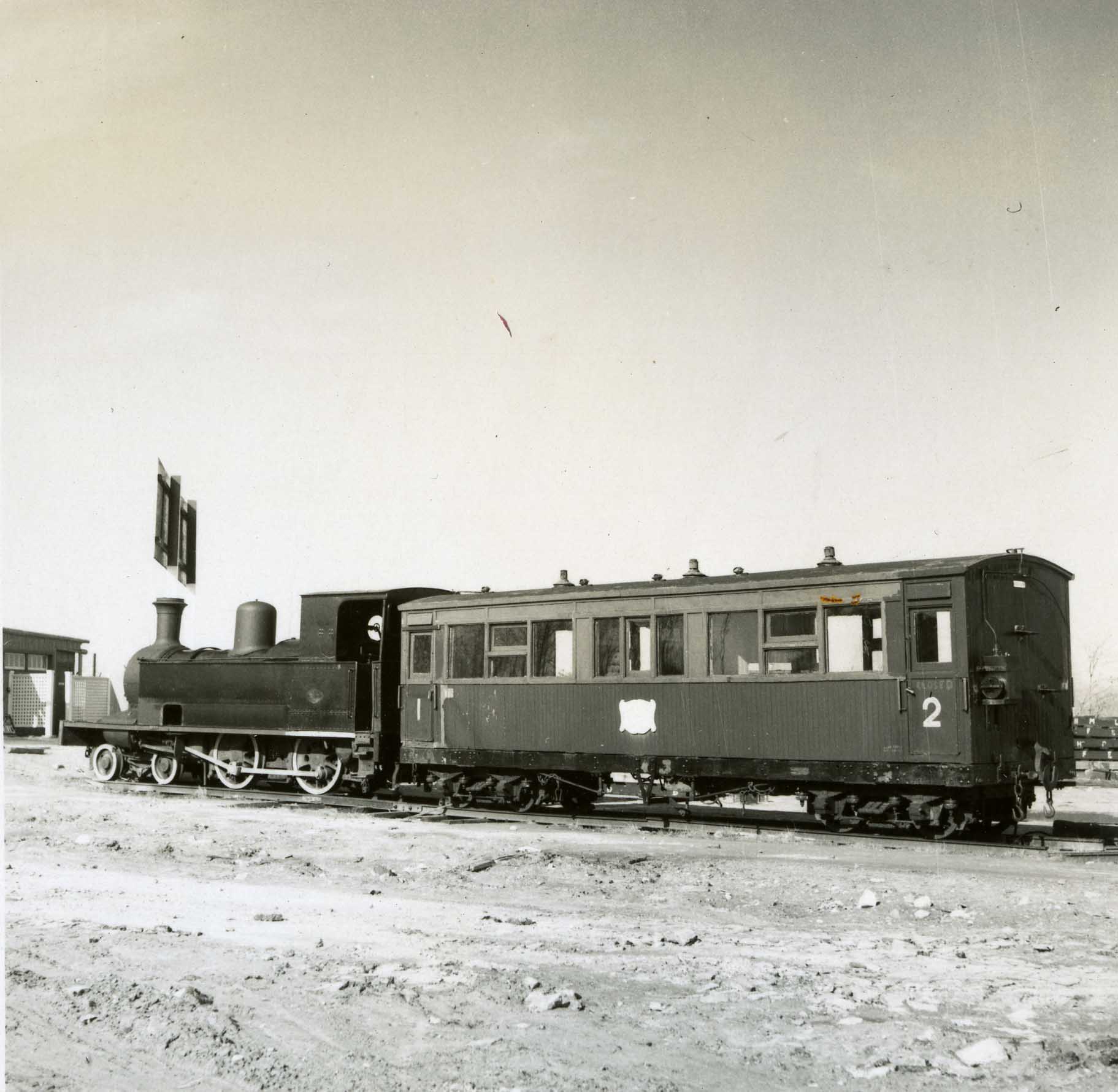 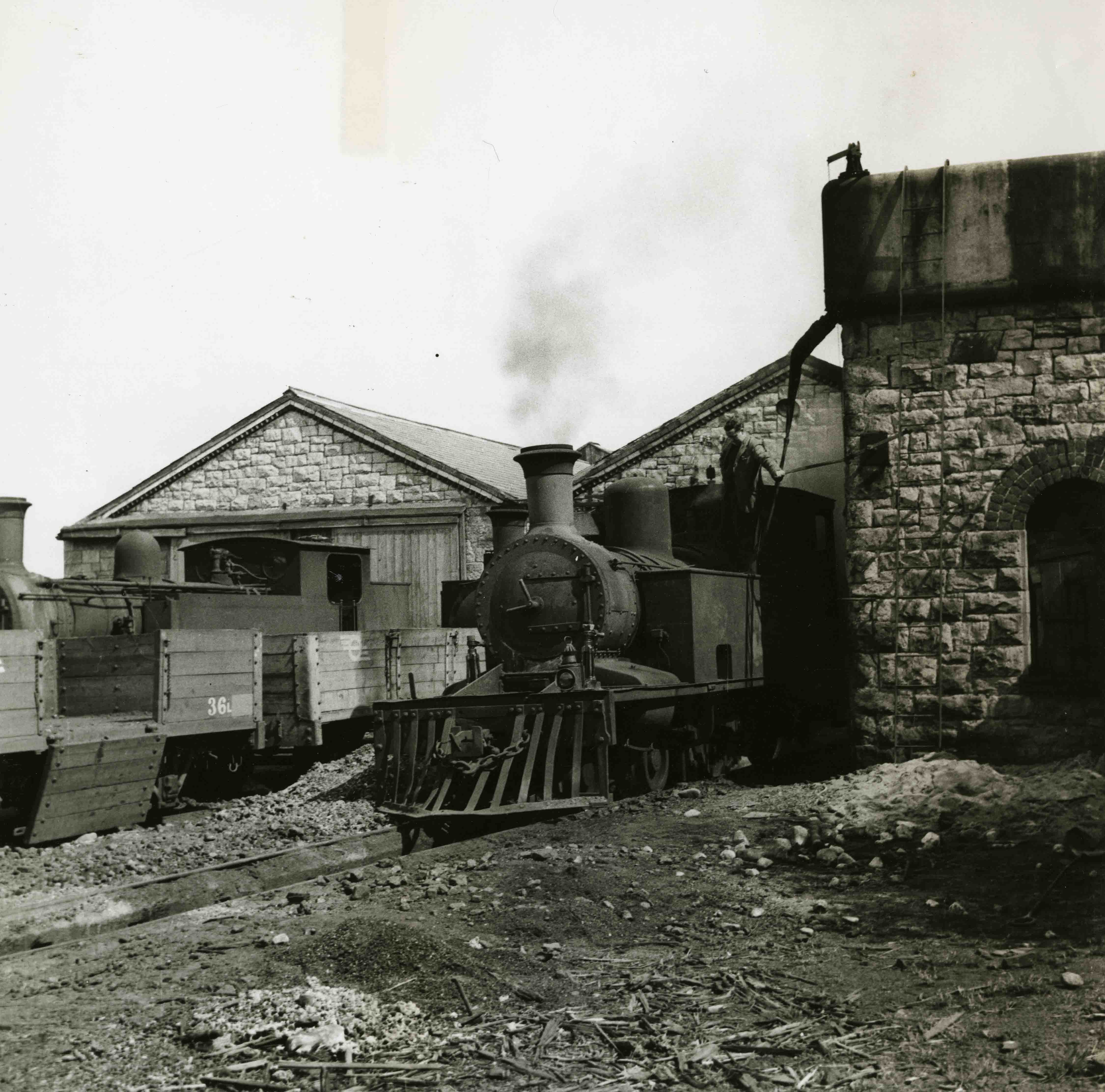 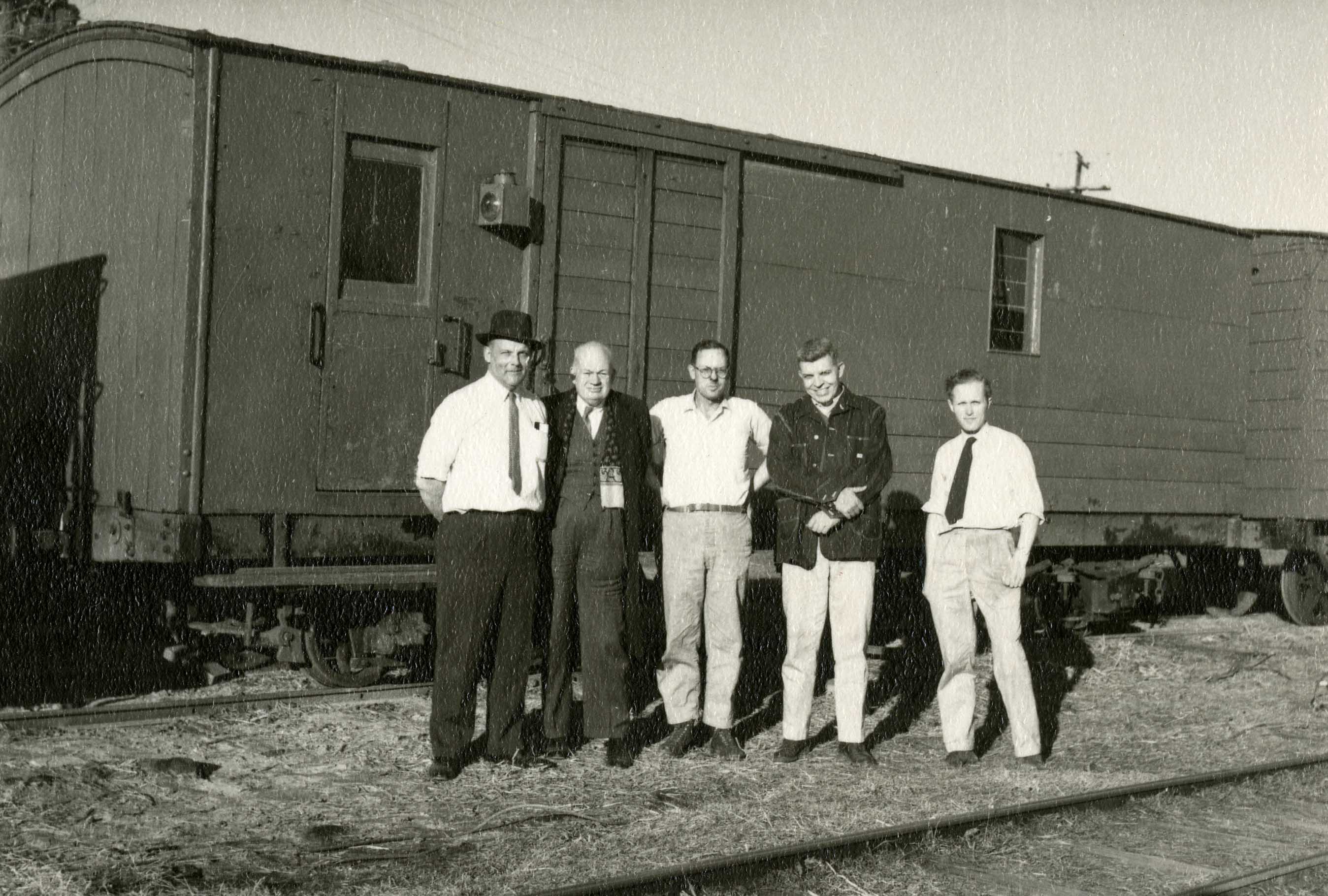 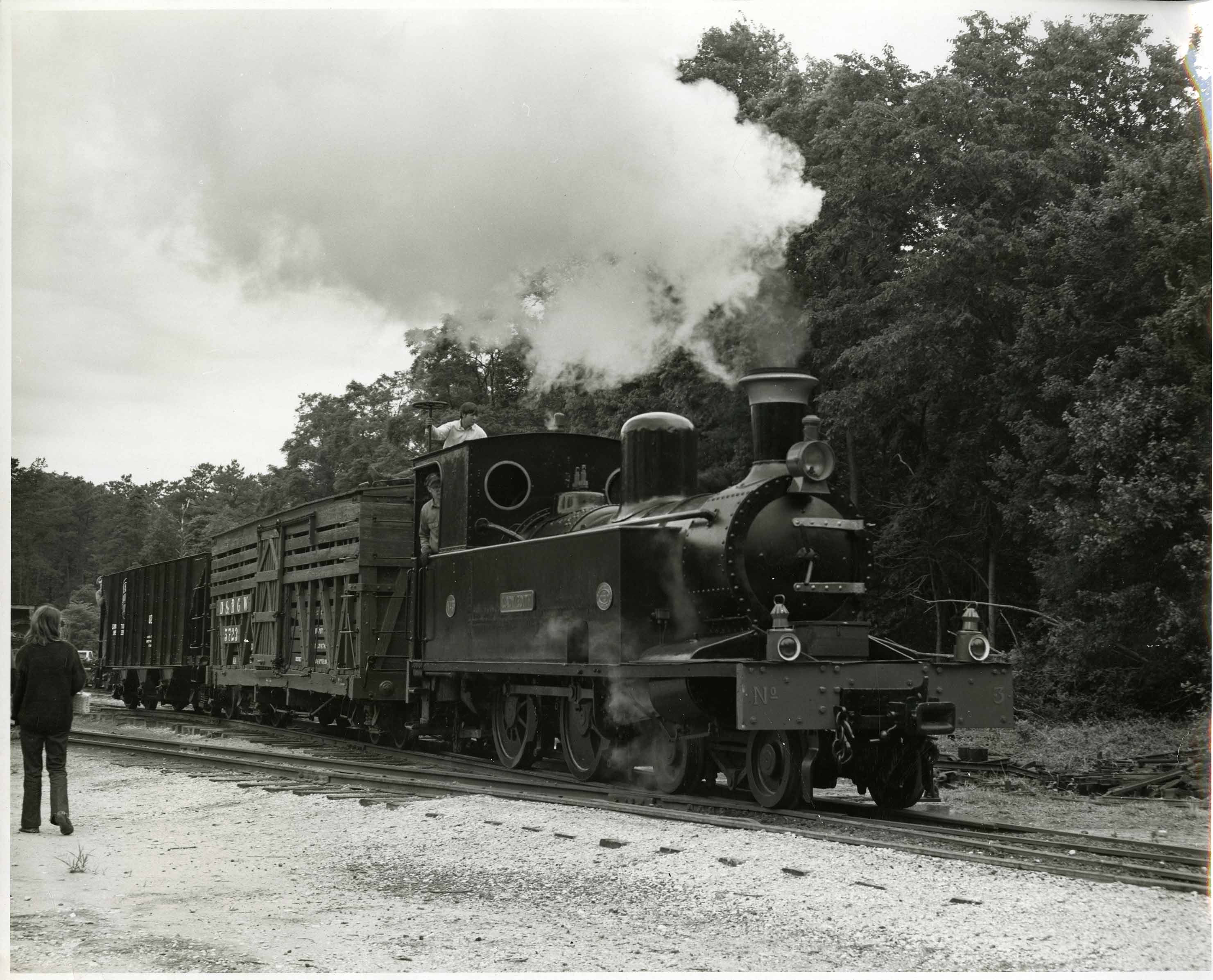 During the nineteenth century, railroads expanded dramatically across the United States, turning the steam locomotive into a potent symbol of progress in American life. As railroads moved people, goods, and information around the country like never before, the steam-engine seemed to rework the basic nature of time and space. Ralph Waldo Emerson, a keen observer of industrializing America, wrote in 1834 that when riding on a train, “the very permanence of matter seems compromised … hitherto esteemed symbols of stability do absolutely dance by you.”

Yet by the mid-twentieth century, railroads had become a symbol of the past. While trains remained in use, the automobile and airplane replaced them as markers of modernity. Nevertheless, the era of the steam-engine continued to fascinate many Americans, and rescuing relics of the nineteenth century became a hobby for some. One group of hobbyists, calling themselves the Lady Edith Society, even traveled across an ocean to rescue a retired locomotive from the forward march of time.

The Lady Edith Society was founded in 1959 by Edgar T. Mead, Jr., Rogers E. M. Whitaker, and Oliver Jensen, all then living in New York City. None of the men had any engineering background, but they shared an enthusiasm for railroads and their history. Mead, a Wall Street financial analyst, had already spent years preserving railroad equipment and even worked for a railroad in Maine as a young man. Whitaker, who helped to publish The New Yorker and wrote about railroading under the pen name “E.M. Frimbo,” had reportedly traveled over four million miles by train in forty different countries. Jensen, the managing editor of American Heritage magazine, often directed his editorial efforts to covering railroad history.

The three men came together to rescue the “Lady Edith,” the No. 3L steam-engine train for the Cavan & Leitrim Railway of Ireland. The 4-4-0 type locomotive was originally built in 1887 by the noted firm of Robert Stephenson & Company, of New Castle-upon-Tyne, England. The Lady Edith was one of eight steam-engines built by the company for the Cavan & Leitrim Railway. All the trains except one were named after the wives or daughters of the company directors (the final train was named after Queen Victoria).

The Cavan & Leitrim Railway was a 3-foot narrow-gauge railway located in the Irish counties of Cavan and Leitrim. The lighter gauge rail suited the sharp turns and steep grades of the northern Irish landscape. The line was primarily used to haul coal and livestock, though it carried passengers as well. In 1925, the line was absorbed into the Great Southern Railways Company and began to face stiff competition soon after. First highways drew away livestock and passengers, and finally, new mines eliminated the need to transport coal. The line ran for the last time in March 1959.

But in 1961, a change in park policy meant the Lady Edith Society had to find a new home for their rescued locomotive. The Lady Edith and its passenger car were then moved to the Pine Creek Railroad Museum near Freehold, New Jersey, for storage and display. Still, the society members longed to see the train run again, so they launched a series of costly and difficult repairs. In 1965, amid the repairs, the Lady Edith was moved a third time to Allaire, New Jersey, home of the new Pine Creek Railroad Division of the New Jersey Museum of Transportation, Inc.

After many years of repairs, and many delays due to inadequate information, the Lady Edith finally steamed again on May 13, 1967, eight years after leaving Ireland. Although it was a rough ride, everyone gathered was excited to see the train moving under its own power. In subsequent years, the train made additional trips along the tracks in Allaire, usually accompanied by a subsequent series of repairs. By the end of the 1970s, the Lady Edith Society members gradually divested themselves of ownership, with Edgar Meade reportedly the last to transfer his shares.

Today, the Lady Edith remains with the New Jersey Museum of Transportation, Inc., though some efforts have been made to return it to Ireland.

We know the story of the Lady Edith Society and their efforts to save this steam engine through the papers of Oliver Jensen, which we hold here in Archives & Special Collections. Jensen (1914-2005) was born in New London, Connecticut, and spent much of his life in the state. A railroad enthusiast all of his life, he served as president of the  Connecticut Valley Railroad Company and from 1976-1980 as chairman of the board of directors. The  Connecticut Valley Railroad Company restored tracks along the original Valley Railroad line, transforming the railroad into a popular tourist attraction based in Essex, Connecticut. For more information about Oliver Jensen see the finding aid to his collection at https://archivessearch.lib.uconn.edu/repositories/2/resources/830