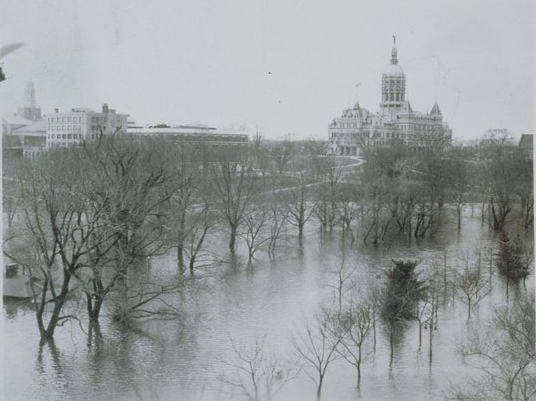 In March 1936, after experiencing heavy storms that swept from Ohio to Maine and as far south as Virginia, the Connecticut River, swollen beyond its banks, spilled over into Hartford, Connecticut, flooding over one-fifth of the city.  Adding to that was the late winter melting of snow and ice, causing the river to crest at 8 1/2 feet, the highest ever recorded at that time. Other cities and towns along the Connecticut River were equally affected — in Springfield, Massachusetts, 20,000 townspeople lost their homes.

You can find photographs of the devastation of the Flood of 1936 on our digital repository, mostly from the Southern New England Telephone Company Records.