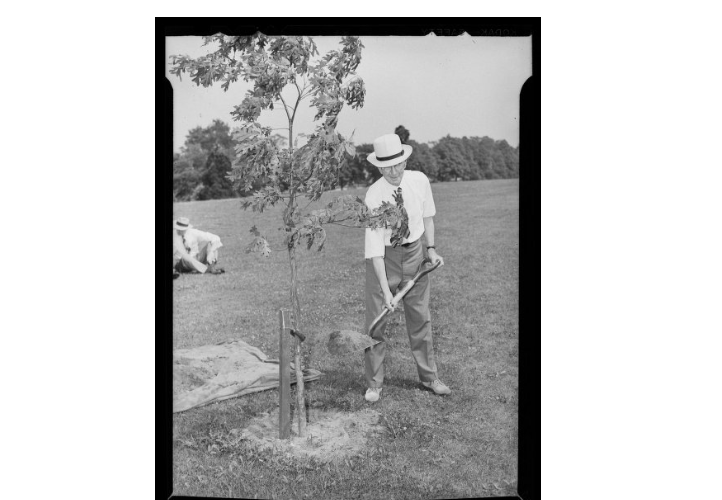 What better way to celebrate Earth Day than by planting a tree? This particular photograph depicts the planting of a white oak tree (Quercus alba) near Beach Hall on the Storrs campus in 1947. The ceremony was likely in response to Governor James L. McConaughy’s declaration of April 16, 1947 which designated the white oak as the official state tree of Connecticut. 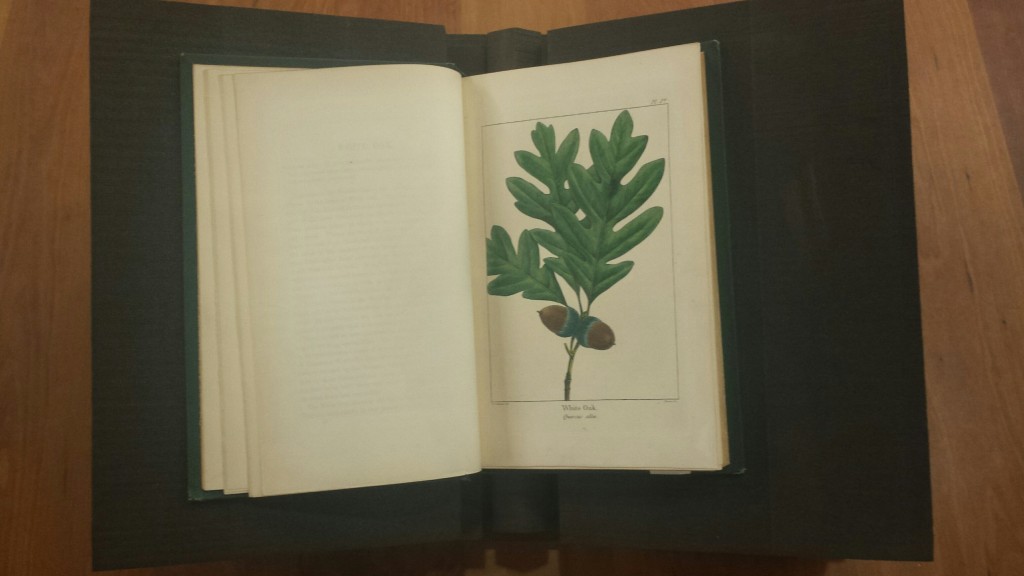 The choice of tree can be attributed to the legend of the Charter Oak, a white oak which stood from around the 12th or 13th century until 1856 in present-day Hartford. It is said that in 1687, Sir Edmund Andros arrived in North America as Governor-General of New England. In order to consolidate his power over Connecticut, he attempted to seize the charter given to the colony in 1662 by King Charles II, which granted them an unusual degree of autonomy. Andros arrived in Hartford with an armed force to seize the document, and it was laid out before him on a table. At some point, however, the lights in the room were doused, and in the ensuing confusion the charter was spirited away by Captain Joseph Wadsworth and hidden in the nearby oak tree.

An interactive map of trees and shrubs on the UConn campus can be found on the website of the UConn Arboretum Committee.