The U.S. Census Bureau schedule for the release of the American Community Survey data for 2011 starting in September of 2012 is now available. Included below are details on each release so be sure to make your calendars as this data will be available via the American FactFinder website once the data is released.

2011 American Community Survey — The Census Bureau plans to release one-year estimates from the 2011 ACS on Thursday, Sept. 20, 2012. The ACS produces estimates for numerous social, economic and housing characteristics including language, education, the commute to work, employment, mortgage status and rent, as well as income, poverty and health insurance. Embargo subscribers will have access on an embargoed basis to the estimates beginning Tuesday, Sept. 18. Estimates will be available for the nation, all 50 states, the District of Columbia, Puerto Rico, every congressional district, every metropolitan area, and all counties and places with populations of 65,000 or more. In June 2011, the ACS annual sample size was increased from 2.9 million to 3.54 million addresses, which should result in an improvement in the reliability of the estimates.

2009-2011 American Community Survey — The Census Bureau plans to release the three-year estimates from the 2009-2011 ACS on Oct. 25, 2012. Embargo subscribers will have access to the estimates up to 48 hours in advance of the public release. The estimates will cover all geographic areas with populations of 20,000 or more. They will include the first set of three-year estimates for field of degree of bachelor’s degree holders.

2007-2011 American Community Survey — The Census Bureau plans to release the five-year ACS estimates covering 2007-2011 on Dec. 6, 2012. Embargo subscribers will have access to the estimates on Dec. 4. These estimates are available for all areas regardless of population size, down to the block group.
The ACS Public Use Microdata Sample (PUMS) files for each of the three sets of statistics will be released one to two months after each public release. 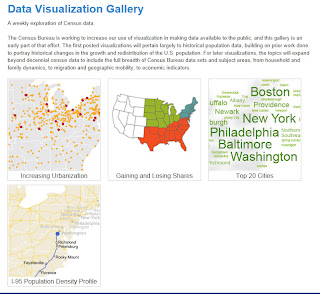 Explore visualizations on the following:

Explore the most recent data visualizations from the U.S. Census Bureau at: http://www.census.gov/dataviz/ 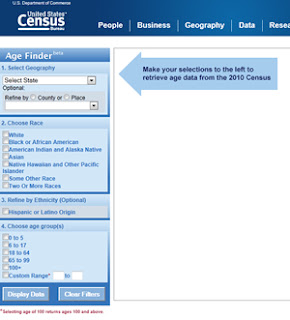 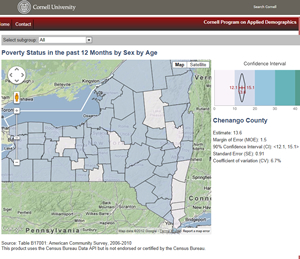 Try out the Census Bureau API and if you create something be sure to share it with the U.S. Census Bureau. Enjoy!

The Connecticut State Data Center (CtSDC) and the University of Connecticut Libraries Map and Geographic Information Center (MAGIC) continue to expand upon our web resources to include more data, gis datasets, interactive maps, historical maps, and aerial photography. During the month of July 2012, MAGIC’s collections on Flickr had the largest number of views since we began using Flickr in 2009, user inquiries continue to increase, and several web resources experienced increases when compared to the same period just one year ago. Included below are highlights from July 2012 which focuses on five main areas: User Inquiries, Web Content Views, Trends in Webpage Usage, Trends in Keywords, and Projects in Progress.


I. User Inquiries
Total User Inquiries
Included below are the statistics for user inquiries received by phone, email, and in-person during July 2012. As the data clearly visualizes, the number of inquiries continues to rise with the year to date totals representing a 116% increase when compared to the January 1- July 31 of the previous year.

V. Projects in Progress – July 2012
Each month the students and staff at MAGIC and the Connecticut State Data Center are working on a series of projects, tasks, data sets, and resources which users typically don’t know about until we add the resource to our website. Included below is a list of projects that are currently underway which will be completed in the coming months and made available in their final forms via our websites.

Have an idea for a project or suggestions for improvements to MAGIC and the Connecticut State Data Center’s website and web offerings? Leave us a comment or contact us at magic@uconn.edu.


Each month we will be posting a “Month in Review” article so check back next month to see the latest information on usage trends at MAGIC and the Connecticut State Data Center.