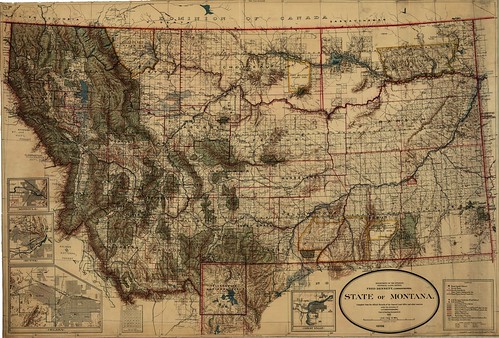 While searching for maps of Yellowstone National Park, this gorgeous map of Montana was discovered while exploring the map collection at MAGIC. This 1911 map includes Indian Reserves, National Parks, Reclamation Projects and U.S. Land Offices as well as several other features.

Explore this map in the original size view (this may take a few moments to load) and share the amazing features relevant to your research with us by posting a comment.

“The sky is falling! …err… I mean… Balloon Boy is coming!”
No, nothing as eventful as that… What I really meant to say is “El Nino is coming! “

Thankfully, there is no need to wonder if your life will be impacted. The National Oceanic and Atmospheric Administration(NOAA) has released their winter outlook report highlighting the effects of the latest El Nino-Southern Oscillation (ENSO) event. Not sure what ENSO is all about? The below animation shows what happens to ocean water temperatures and heights in the Pacific Ocean during an ENSO event. Following the animation is a link that will take you to a site that describes ENSO in more detail.

Follow this link for a description about the events that take place during an El Nino.

If you’re living in New England, don’t blame the weather on ENSO! Check out the maps below created by NOAA to see which areas of the United States will be affected. Oh yeah, Want to know what that “Holy Bjerknes” business is all about? Click Here!

Historical maps from a large selection of libraries in the European Union are now available to search and download from Europeana. Europeana links you (the world) to over 4.6 million digital items from collections that include the Rijksmuseum in Amsterdam, the British Library in London and the Louvre in Paris. Oh, and if maps are not your thing there’s art, text, audio and video there too!

Map Showing the Great Coal Fields, Natural Gas Fields, Steam and Electric Railroads: and All Important Towns, Villages, and Streams Tributary to Columbus Within a Radius of 70 miles 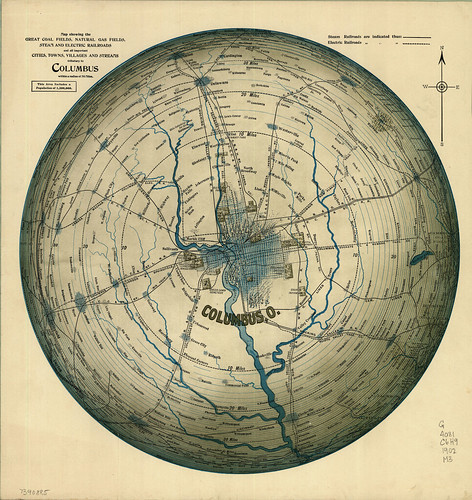 The above map depicts the city of Columbus, Ohio in 1902 in an azimuthal projection with the center focused on the city of Columbus. This unique perspective includes a limited view of the region with a 70 mile range and highlights numerous gas and coal fields along with railroads connecting the region.

A notable location on the map includes the Hocking Coal Fields (southeast of Columbus) which includes New Straitsville, Ohio. This was the site of the 1884 coal miners strike where striking coal miners planned for their strike in Robinson’s Cave, and pushed burning coal cars into a coal mine owned by the New Straitsville Mining Company, setting the mine ablaze. 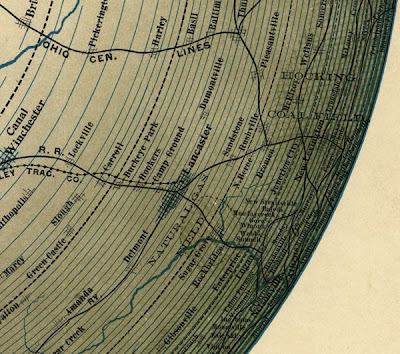 While not completed until 1903, the Columbus, Delaware, and Marion interurban electric railway is clearly depicted on this map. 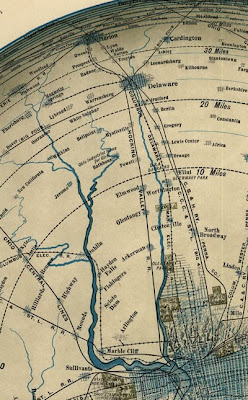 There are several other interesting locations on this map. Feel free to share you favorites by including them in the comments for this blog post.