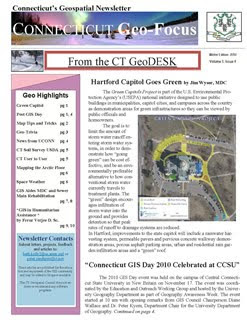 So what is the Apportionment and how do we teach our students about it?  The Census In The Schools program, created and maintained by the U.S. Census Bureau has updated the teacher resources and online activities to reflect the newly released 2010 Decennial Census.

Below are Apportionment lesson plans for grades:

The first population data from the 2010 Census data has been released which provides population by state data. This data is critical to the apportionment process, where the 435 seats within the United State House of Representatives are divided among the 50 states to provide equal representation, based on population. Based upon the 2010 Census Population data, the following map generated by the US Census Bureau provides a national picture of the number of congressional seats gained, lost, or unchanged for each state.

Want to learn more about how the population has changed by state over time? The following interactive map includes population change, population density, and apportionment data from 1910 to 2010 by state. This interactive map provides a streamlined visualization of changes in population distribution throughout the United States over time.

From the US Census Newsroom:

The U.S. Census Bureau today released 5-year American Community Survey (ACS) estimates for the first time, making available social, economic, housing and demographic statistics for every community in the nation.
Up until now, small geographic areas had to rely on outdated 2000 Census figures for detailed information about the characteristics of their communities. Consisting of about 11.1 billion individual estimates and covering more than 670,000 distinct geographies, the 5-year ACS estimates give even the smallest communities more timely information on topics ranging from commute times to languages spoken at home to housing values.
“The ACS represents the first time such a massive compilation of data estimates for small geographic areas is available,” said Census Bureau Director Robert Groves. “These estimates deliver on our commitment to Congress to provide timely statistics on our communities and our economy, allowing for a more efficient government.”
The data released today are based on a rolling annual sample survey mailed to about 3 million addresses between Jan. 1, 2005, and Dec. 31, 2009. By pooling several years of survey responses, the ACS can generate detailed statistical portraits of smaller geographies. The Census Bureau will release a new set of 5-year estimates every year, giving these communities a powerful tool to track local trends over time.
Public officials, including mayors and governors, and private organizations such as chambers of commerce, rely on ACS estimates on education, housing, jobs, veteran status and commuting patterns to help them make informed decisions that will affect their community, such as where to build new schools, hospitals and emergency services.
“The data provided through the ACS provide a statistical foundation to evaluate our nation’s needs, and we now share them with communities across the country as a powerful resource for decision making,” Groves said.
The new 2005-2009 ACS estimates are not related to the 2010 Census population counts that will be released Dec. 21. The ACS complements the decennial count and provides estimates of population characteristics that are far more detailed than the basic demographic information that will be released from the 2010 Census, which will be available starting in February.
As a complete count of the population, the 2010 Census data are critical for knowing how many people live in the United States, where they live and their basic demographic information such as race, sex and Hispanic origin. The ACS estimates, on the other hand, are based on a sample survey of the nation and are intended to describe the characteristics of the U.S. population, not to provide population counts.
Before the ACS, estimates about characteristics were only produced once every 10 years through tabulations of responses to the decennial census “long form” sent to a subset of the nation’s addresses. Those estimates required two years to tabulate and provided an increasingly outdated picture of the country. By the end of any given decade, decision and policy makers often had to rely on 10-year-old data.
Given the critical role that these long form estimates played in national and local decision making, the Census Bureau responded by developing a continuous measurement concept that would provide more timely data. Approval by Congress helped turn the Census Bureau’s innovation into the American Community Survey.
For areas with populations of 65,000 or more ― covering 6,600 separate geographies ― the Census Bureau has produced 1-year ACS estimates every year since 2005. The latest estimates from 2009 were released Sept. 28 (http://www.census.gov/newsroom/releases/archives/american_community_survey_acs/cb10-cn78.html)>. These areas require only one year of survey responses to produce reliable estimates.
Because it is a survey based on a sample of the population rather than the entire population, the ACS (like the census long form it replaces) produces estimates, not actual counts. To aid data users, the Census Bureau calculates and publishes a margin of error for every ACS estimate it produces, a step not taken for estimates from the 2000 Census long form. However, the technical documentation provided with Census 2000 Summary File 3 does contain the information needed to calculate a margin of error for those published estimates.
ACS 5-year estimates on 72 topics can be downloaded for more than 670,000 geographic areas, including states, counties, cities, tribal areas and more. Seehttp://www.census.gov/acs/www/Downloads/data_documentation/2009_release/GeographiesbyDataProduct2005_2009_5Year.xls [Excel, 34kb] for more information on geographies.
As an illustration of the kinds of information provided in these new ACS 5-year estimates, below are some examples of available statistics derived from the tables at the county level.
For the full Press Release  please use the following link:
http://www.census.gov/newsroom/releases/archives/american_community_survey_acs/cb10-cn90.html
Of note are some maps the US Census has compiled, click on the image to download the original PDF:

We are delighted to announce that the University of Connecticut Libraries Map and Geographic Information Center – MAGIC GeoCommons space has been upgraded thanks to support from the University of Connecticut Libraries Planning Team. The MAGIC GeoCommons space is a publicly accessible space designed to enable students to collaborate on location based research. This upgraded space includes 2 collaborative tables where small groups can collaborate using their laptops (or using the desktop computer available at one of these tables) and display their work on a 46″ screen. To further promote collaboration, 5 smaller tables on wheels are available in the space and can be reconfigured to allow for small to large groups that need to collaborate with using print materials (e.g. atlases, books, and maps) and laptops.

Now that finals are approaching, be sure to stop by and visit the new MAGIC GeoCommons space if you are on campus!

Want to preview the space virtually? Included below are photos of the MAGIC GeoCommons space before and after the enhancements were added to the space: 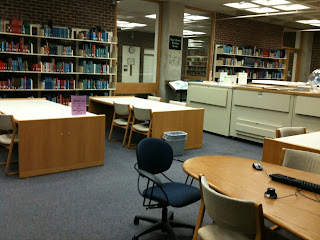 GeoCommons featured 3 large tables, 15 chairs, and a large screen for collaborative use