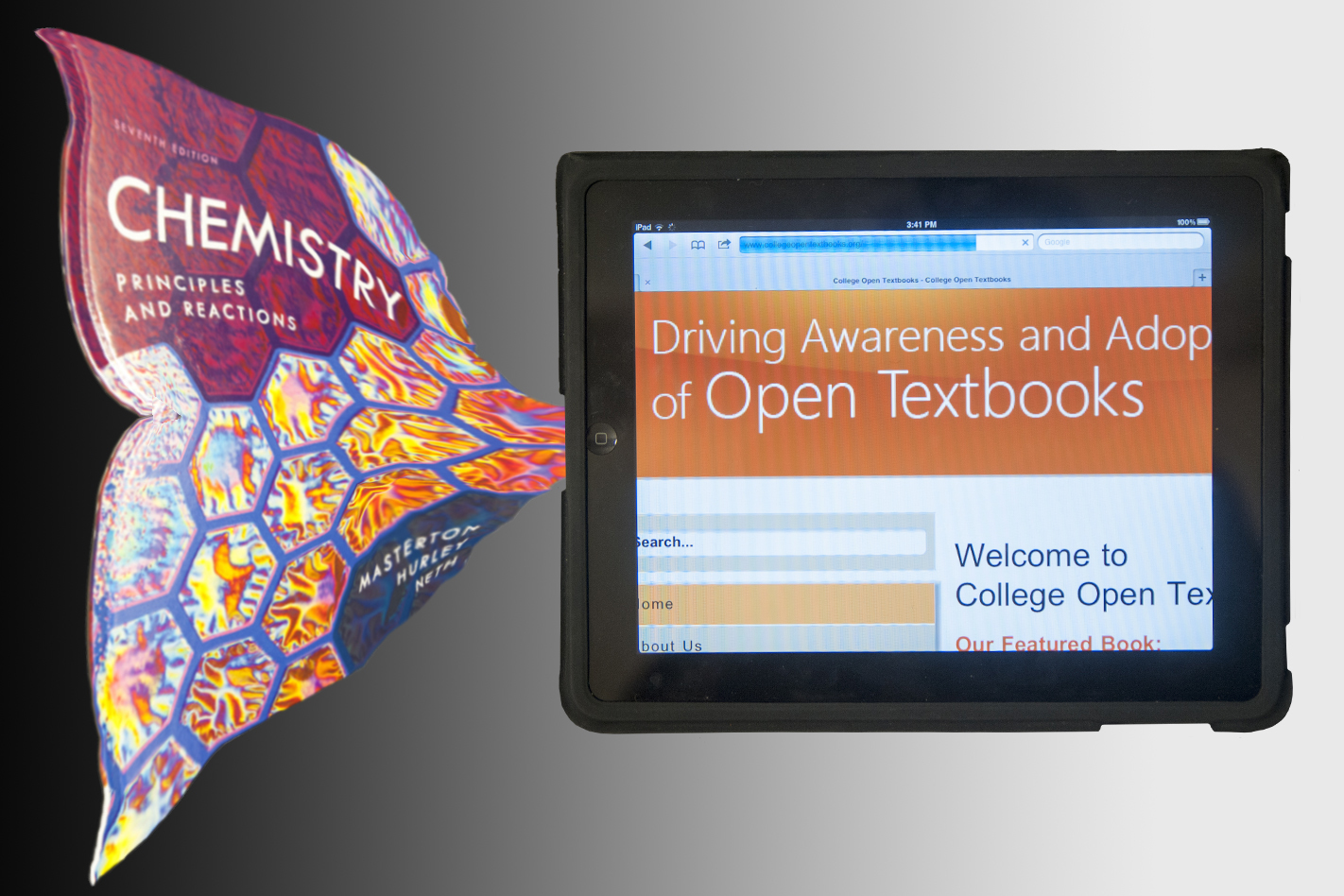 We are excited to kick off Open Education Week with the announcement of the Provost’s Awards for Open Educational Resources. Award support totaling $98,000 will be provided to fourteen faculty.

The awards recognize UConn faculty and instructors who have committed to the creation, adaptation, adoption, and review of Open Educational Resources in their courses for a minimum of two years.

Ellen Carillo, Department of English, English 1010: Seminar in Academic Writing. Approximately 1,000 students annually will use an open access book she has written.

Challa Kumar, Department of Chemistry, Chem: 3563/3564. Approximately 200 students annually will use an online textbook and ancillary materials written by Dr. Kumar and published through OpenStax.

Amit Savkar & Andrew Jaramillo, Department of Mathematics, Pre-calculus. Approximately 600 students annually will use an online textbook and ancillary materials written by Dr. Savkar and Dr. Jaramillo and published through OpenStax.

Ambar Sengupta & Alexander Teplyaev, Department of Mathematics, Math 3160: Probability. Approximately 500 students will have access to a new online probability textbook spearheaded by Dr. Teplyaev in collaboration with the Mathematics Department.

And finally, the School of Nursing, led by Carol Polifroni, will aggregate multiple videos used for simulation lab work through a site license saving over $30,000 annually.

Recipients will participate in sharing their experiences in a variety of ways, including conferences and symposia hosted by UConn to discuss how they developed these materials, and provide opportunities to distribute them to those teaching in public and private institutions across the state.  Vice Provosts Martha Bedard and Sally Reis, in a statement about the variety of awards, expressed their appreciation to all faculty who are using open education materials and considering ways to reduce textbook costs for our students. For all faculty interested in ways to reduce textbook costs and in incentives to redesign courses using OER materials, additional information can be found at http://open.uconn.edu/

It would be difficult to find someone more dedicated to the UConn Library’s Archives & Special Collections than Richard Schimmelpfeng. Perhaps it is because of the solid foundation he built beginning with the Special Collections Department after his arrival in 1966. But more likely it is because of his dedication to the collections after his retirement in 1992. Mr. Schimmelpfeng began volunteering in the Archives the day after his retirement and was a daily staple until his recent illness a few months ago. In a March, 2005 article he stated “I intend to continue as a volunteer until either I fall over, am dragged out, or told to quit,” he quips. “I figure I’ve got about 15 more years to go.” We estimate that he worked more than 15,000 volunteer hours over 20+ years. As Norman D. Stevens, Emeritus Director of the UConn Library says in his obituary below, “his fifty years of service to the University of Connecticut is perhaps unsurpassed.”

Our sadness is beyond words. We will truly miss his knowledge and dedication, but mostly the smile he brought us every day.

The son of Harold W. and Rose Schimmelpfeng, Richard was predeceased by his brother Harold W., Jr. and is survived by his niece, Margaret R. Lilly, and nephew, William J. Reynolds, and five grandnieces and nephews.

A graduate of the University of Illinois, with a triple major in English literature, history, and modern languages, and, in 1955, of Columbia University’s Graduate School of Library Science. He began his library career as a cataloger, rising to the head of the department, at Washington University in Saint Louis.

In 1966 he joined the staff of the University of Connecticut Libraries to protect and preserve the library’s rare and unusual books and manuscript collections. He had become head of a somewhat larger and more formal Special Collections Department by the time he retired in 1992. The day after his retirement he began working as a volunteer in what had become the Archives and Special Collections Department, where he served as its principal cataloger until early 2017. His fifty years of service to the University of Connecticut is perhaps unsurpassed.

He was especially adept at giving his employees, including students, support and encouragement. That led, for example, to the establishment of one of the country’s strongest collections of Alternative Press materials that continues to grow as it documents the growth and development of the counter-culture movement that began in the late 1960’s and early 1970s. It also resulted in the publication of a multi-volume annotated edition of the manuscript materials of the noted American poet Charles Olson.

He and his father shared an interest in collecting hand blown glass paperweights that Richard continued throughout his life. He was an active member of the New England Paperweight Association. Shortly before his death a few recent purchases joined The Schimmelpfeng Collection of Contemporary Glass Paperweight at the New Bedford Museum of Glass. His love of the visual arts extended to illustrated children’s books and he was an active participant of the American Book Collectors of Children’s Books (ABCs). He delighted in dressing up for a number of years as Clifford the Big Red Dog to entertain children and their parents at the annual Connecticut Children’s Book Fair at UConn.

For many years he used his specialized knowledge of books to assist the Mansfield Public Library in identifying and pricing items donated to their regular book sales. He was himself an avid reader who especially enjoyed detective stories.

He was also the Librarian and a member of the Executive Council of the Mansfield Historical Society from 1992 through 2016. He had begun his service to the MHS in 1982 when he indexed their scrapbook collection.

Richard’s love of the visual arts and music contributed to his enjoyment of concerts and programs at UConn and his active support of those programs including the donation of visual materials to the Benton Museum of Art.

In the fall of 2017 the Homer Babbidge Library at UConn will host an exhibit Glass Animals presented by the New Bedford Museum of Glass that will include a significant number of important pieces for which he had provided the funding. During that exhibit there will be a program to honor Richard and recognize his generous support of the University and the Mansfield community.

Colleagues and friends may post a note on the guest book for his obituary at www.potterfuneralhome.com, or may wish to share with one another their reminisces of Richard through e-mails, cards, phone calls as well as small gatherings and/or postings on social media.