ESRI’s July 2011 edition of ArcWatch features this video about the USDA’s implementation of GIS and cloud computing. In the video, Jonathan Albuom – the Chief Information Officer of the USDA Food and Nutrition Service – explains the services and data delivered through the USDA’s GIS applications and the advantages of hosting them in the cloud. The first applications is a retailer locator for SNAP – the Supplemental Nutrion Assistance Program formerly known as the Federal Food Stamp Program. Albuom describes the challenge of creating such a large retailer locator (displaying the 216,000 retailers nationwide and for use by the 43 million Americans enrolled in the program) while having  very limited resources. By hosting the SNAP Retailer Locator in the cloud, the USDA found an economical solution because of the scalability that cloud computing provides. In addition, Albuom discusses Your Food Environment Atlas, which maps food, nutrition and socioeconomic related data throughout the country. Although more GIS-related resources were available for this project, cloud computing is used to ensure the application can handle spikes in traffic. Lastly, the USDA has also developed the Food Desert Locator as part of First Lady Michelle Obama’s Let’s Move! initiative.This application maps Food Deserts, which are defined as low-income areas that also have a substantial population with poor access to a supermarket or large grocery store. 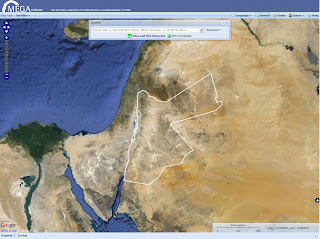 Recently, CNN featured this article describing the efforts in Iraq to protect the nation’s historic sites. Alongside the Iraq State Board of Antiquities, the Getty Conservation Institute and the World Monuments Fund are developing MEGA-Iraq; MEGA being an acronym for “Middle Eastern Geodatabase for Heritage”. These applications use Google Maps as a base map and layers regarding the historic sites are created by the parties involved. The goal is to help manage these sites of antiquity in addition to limiting the illegal trade of artifacts. MEGA-Jordan (pictured above) is already live and running, and can be visited by clicking here.

Are you interested in learning about the latest software, web resources, and announcements from the 2011 ESRI International User Conference?  Join us for the first UConn Geospatial Coffeehouse which will feature Jeff Dunn, UConn Department of Geography Graduate Student and contributor to MAGIC’s Outside the Neatline Blog and Very Spatial Blog, who recently attended the 2011 ESRI International User Conference and ESRI Education User Conference in San Diego, CA. Jeff will highlight several key trends, upcoming software, and web resources that are of interest to the geospatial community. 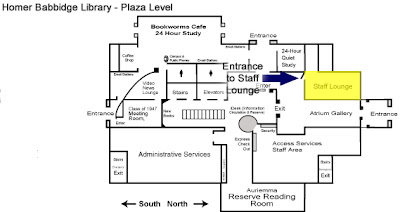 This event is sponsored by the University of Connecticut Libraries Map and Geographic Information Center- MAGIC and is free to attend. 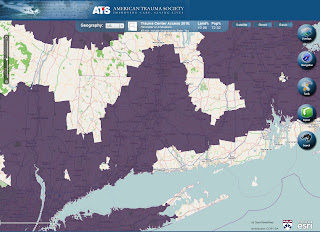 According to its website, The American Trauma Society “is dedicated to the elimination of needless death and disability from injury.” The ATS recently released an interactive map that shows emergency care coverage across the United States. Through this GIS, users can examine how access to emergency care is distributed across the country. You can query the map based on the mode of transportation (ambulance or helicopter) in addition to the time it takes to get to the nearest trauma center (45 minutes, 60 minutes or longer). With this map, you can easily see the best trauma coverage is located around population centers – especially the northeast – while rural areas in the south and midwest have noticeably absent coverage. This map also allows you to export to a .jpeg image of the map and you can calculate the percentages of area and population that fall within the coverage zones.

This is the second post in the Outside the Neatline Blog series focusing on web-based maps developed by the University of Connecticut Libraries Map and Geographic Information Center (MAGIC) for the On The Line project.

When our research team began working with digital aerial photographs, we asked ourselves: how can we display two views of the same terrain at different points in time? Our solution was to develop a linked-control dual-view map, titled Neighborhood Change in Connecticut, 1934 to Present, which allows users to compare aerial images from past and present, side by side. Since this interactive tool is based on Google Maps web technology, it features the familiar controls to zoom and pan around the map, as well as a Google search engine for any address in Connecticut. Best of all, the linked controls means that the two images are synced: when a user moves or zooms into one side of the map, the other side automatically matches it.

This map is a wonderful tool for examining changes in land use anywhere in Connecticut. For example, compare Hartford’s Parkville neighborhood, before and after the construction of the Interstate-84 highway exchange in the 1960s, which benefited suburban commuters but divided urban neighborhood irrevocably. See also the conversion of rural farmland into post-war suburban residential and commercial developments, such as the WestFarms Mall area in Farmington/West Hartford, or the Bishop’s Corner shopping center in West Hartford.

Caption: Click image to explore our Neighborhood Change map for Hartford’s Parkville area (shown above) or any other region in Connecticut.

At present, the Neighborhood Change map displays aerial imagery for selected years: 1934, 1991, 2008, and Google’s current view. Soon we will add more options to the drop-down menu: 1951-2 and 1970. Our goal is to create a tool to show neighborhood comparisons in approximately twenty-year intervals from 1934 to the present.

Another feature of this map allows anyone to create a custom URL web address to point any visitor to a specific location in Connecticut. To do this create a URL using this format, 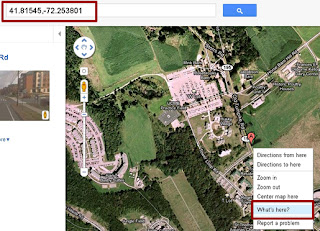 For example a URL for Westfarms shopping mall, Farmington would look like this:

This linked-control dual-view tool may also be used to compare other types of maps, such as historic census data to the newly released 2010 census data of the United States.

We invite you to explore the Neighborhood Change in Connecticut, 1934 to Present web-based map and On The Line.

This linked-control dual view map uses similar Google Maps JavaScript API version 3 and customized javascript coding for the Federal HOLC “Redlining” Map, Hartford region, 1937 map discussed in last weeks On The Line series post, but with enhanced WMS server integration. We incorporated aerial imagery into the linked-control dual view map by using Web Map Service (WMS), which is a standard protocol for using georeferenced images over the internet. MAGIC’s WMS is a Cadcorp GeognoSIS based server that includes historical aerial images and maps. All of our imagery is projected in WGS84, which allows them to be overlaid on Goggle Maps. The WMS server enables us to link aerial imagery and historical maps into our web-based maps. Integrating WMS into the web-based map was facilitated by using custom JavaScript developed by Ben Spaulding of TheGISDoctor.com and assistance from other sources. The code allows Google Maps to read the WMS server for a particular image or map and then overlay it on a Google Map interface. WMS is basically a tiled image on another server you can overlay on your Google interface. This could be done with ArcGIS Server as well. To actually reference an image or historical map from the WMS server you need the WMS server address plus the layer name; we have a page that details this at http://magic.lib.uconn.edu/mash_up/wms_layers.html

Coming next in this series — Racial Change in the Hartford Region, 1900-2010: An Animated Time Slider Map 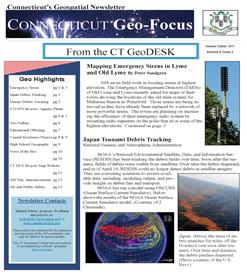 Get the most out of the free web mapping platform and it’s new capabilities by attending this free webinar August 18th!
Here’s the link:  http://training.esri.com/Gateway/index.cfm?fa=seminars.gateway

Data from the Census of Governments are used by the Bureau of Economic Analysis as input to the Gross Domestic Product (GDP) and the Federal Reserve Board as input to the Flow of Funds account.  State and local governments use the data to develop programs and budgets, assess financial conditions, and perform comparative analysis.

The first data from the Census of Governments is scheduled for release beginning in August 2012 providing the number and types of government units by state.  More comprehensive data will follow.    If you have questions or would like further information on the Census of Governments, please call 1-800-242-2184 or via e-mail at govs.cms.inquiry@census.gov.  General information and data can also be obtained at http://www.census.gov/govs/ 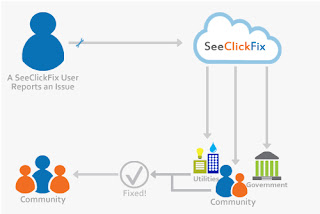 Have you ever wanted to raise awareness to your local officials about an issue? An annoying pot hole…graffiti…missing street sign or even limited road access due to flooding? Recently, my colleagues at MAGIC and I attended Ignite Spatial Hartford and we were introduced to a product that promises to facilitate the communication of citizen reported issues to local officials. See Click Fix utilizes Smartphone technology along with GIS to allow users to report non-emergency issues such as those listed above. Although there were plenty of interesting presentations at Ignite Spatial Hartford (especially by our own Curtis Denton), this one in particular caught my eye for its shear practicality. This use of powerful telecommunication and GIS technologies seems to have the potential to enable a more efficient, citizen-driven use of public resources for the benefit of the whole community!

Check out the new design and let us know what you think!